CGB had an informative post-practice talk with Daniel Lasco and Michael Barton late Tuesday afternoon. Here is the transcript...

Following a very efficient and business-like practice late Tuesday afternoon, under the Memorial Stadium lights, I spent a few minutes talking with junior RB Daniel Lasco (166 carries, 882 yards, 11 TDs in 10 games) and sophomore LB Michael Barton (70 tackles, 6.5 TFL, 0.5 sacks in 10 games).  As you can see from their responses, the team is intensely focused on getting the Axe back this Saturday.  Without further ado, onto the interview...

Mike Barton (MB):  This week has started off strong.  It's a huge week, and guys are ready to go.  There's an extra fire behind us with it being Big Game week, and I think we started things off right.

Daniel Lasco (DL):  I agree with Mike, we came out here focused and energetic.  It feels good, it's a huge week like Mike said.  We're taking it one day at a time, and we're progressing in the right direction.

CGB:  Do you guys feel an extra bit of motivation, especially considering it's been four years since Cal's had the Axe?

MB:  Yeah, It's been a long time since we've had the Axe.  And it's about time for it to return home to Berkeley!  We're going to do everything we can to win this game.

DL:  There's noone on this roster right now that's had the Axe.  Except for Austin Clark, he's the only one that knows the feeling of having it.  It's another thing that motivates us -- to get the Axe back for our seniors.  We want to get it back that much more, it's been too long.

CGB:  I noticed that both of you guys stayed on the field after practice putting some extra work in on your own.

DL:  That's just part of the game. We were working on different things, trying to be our best.

MB:  Agree with what Lasco said. We're trying to be the best that we can.

CGB:  With you guys being a couple of the leaders on the team, are you doing anything extra special to keep guys motivated and playing at their best level this week?

MB:  I try my best to lead by example.  That starts with the way I carry myself -- making sure I run to the ball 100%, having my assignments down, giving that extra effort that is visible to my teammates.  I think that's the best way that I can be a leader... Our guys know that this Saturday is going to be personal -- none of us like Stanford, and it motivates us even more that they have the Axe right now!  It belongs to us, and we're going to do our best to bring it back this weekend. 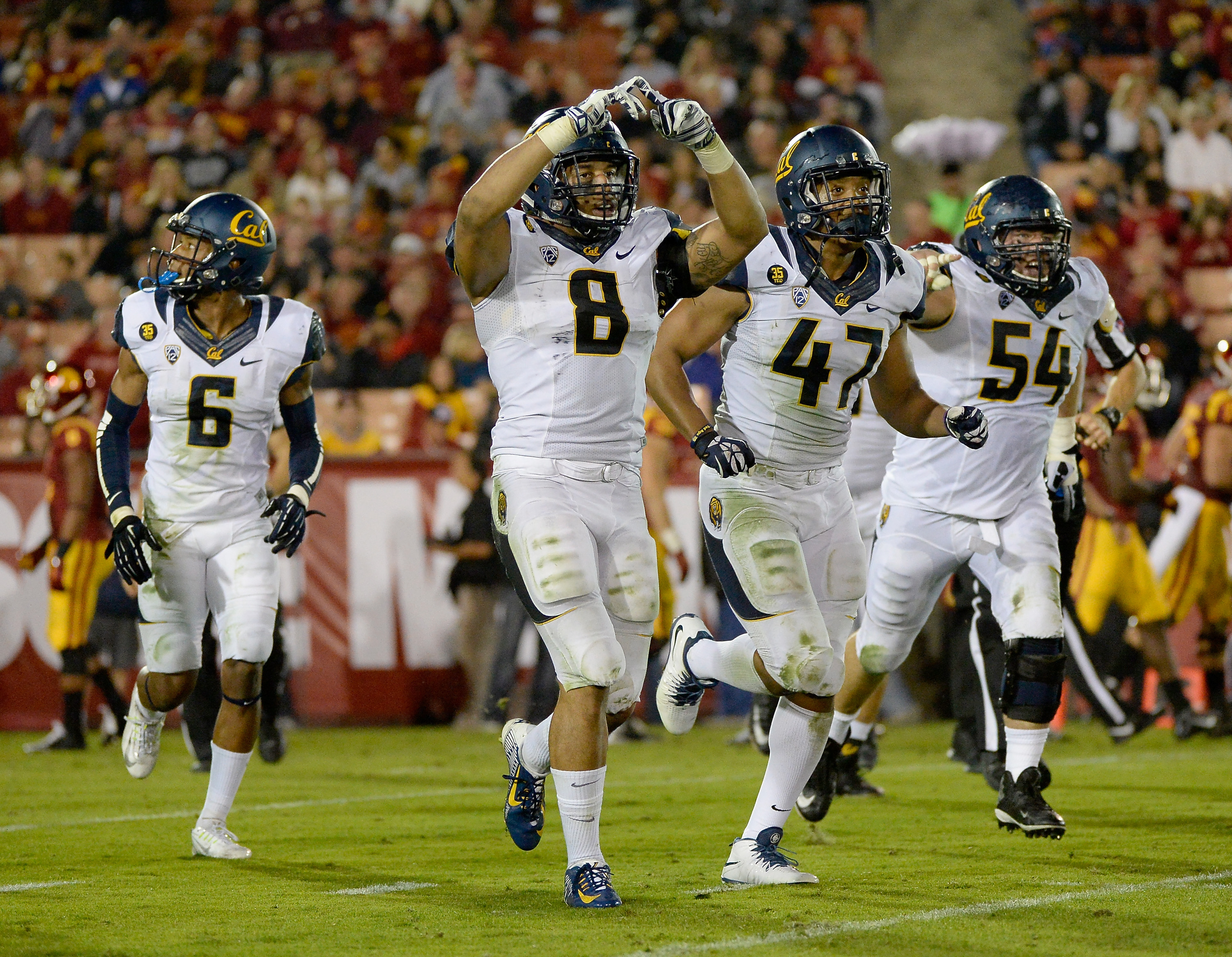 DL:  Everybody at this University knows the tradition against Stanford, everyone knows that this is the Big Game... We have no love for Stanford at all, and the fact that they've had the Axe as long as they have is unacceptable!  We're going to go out there and play our best -- there's 'no hooting and hollering' or 'chanting it up' needed during practice -- we all know what we have to do.  We have to go out there and take care of business.

CGB:  The mentality seems like "take care of business at home..."

MB:  [Nods] Toughest team is going to win this week, and we plan to be the toughest team out there on Saturday...

MB:  It's going to be a grinding, physical, all-out game... We're going to go head-to-head, and it's going to come down to who's more physical and who wants it more.

CGB:  You guys mentioned the tradition of the Big Game -- take a moment to think about what it means to you, and if you could sum up the Big Game in a few sentences, what would that be?

MB:  It's such a big event that you can't describe it in one word, but tradition is definitely one of the first things that comes to mind.  I think it's the greatest rivalry in all of sports.  Everybody knows that the Big Game is Cal vs. Stanford, and it's great to be a part of it -- especially knowing that the entire Cal community is rallying behind us.  I think this is one of those times where UC Berkeley unites more than ever -- not just as a campus and football family, but also as a community everywhere.

DL:  Exactly, it's a community thing.  It brings both communities together on both sides -- Cal and Stanford.  We have Cal alumni all over the world coming to watch this game, especially with it being at home.  It goes far beyond our immediate horizon, it's a huge game and it's something to be excited for. 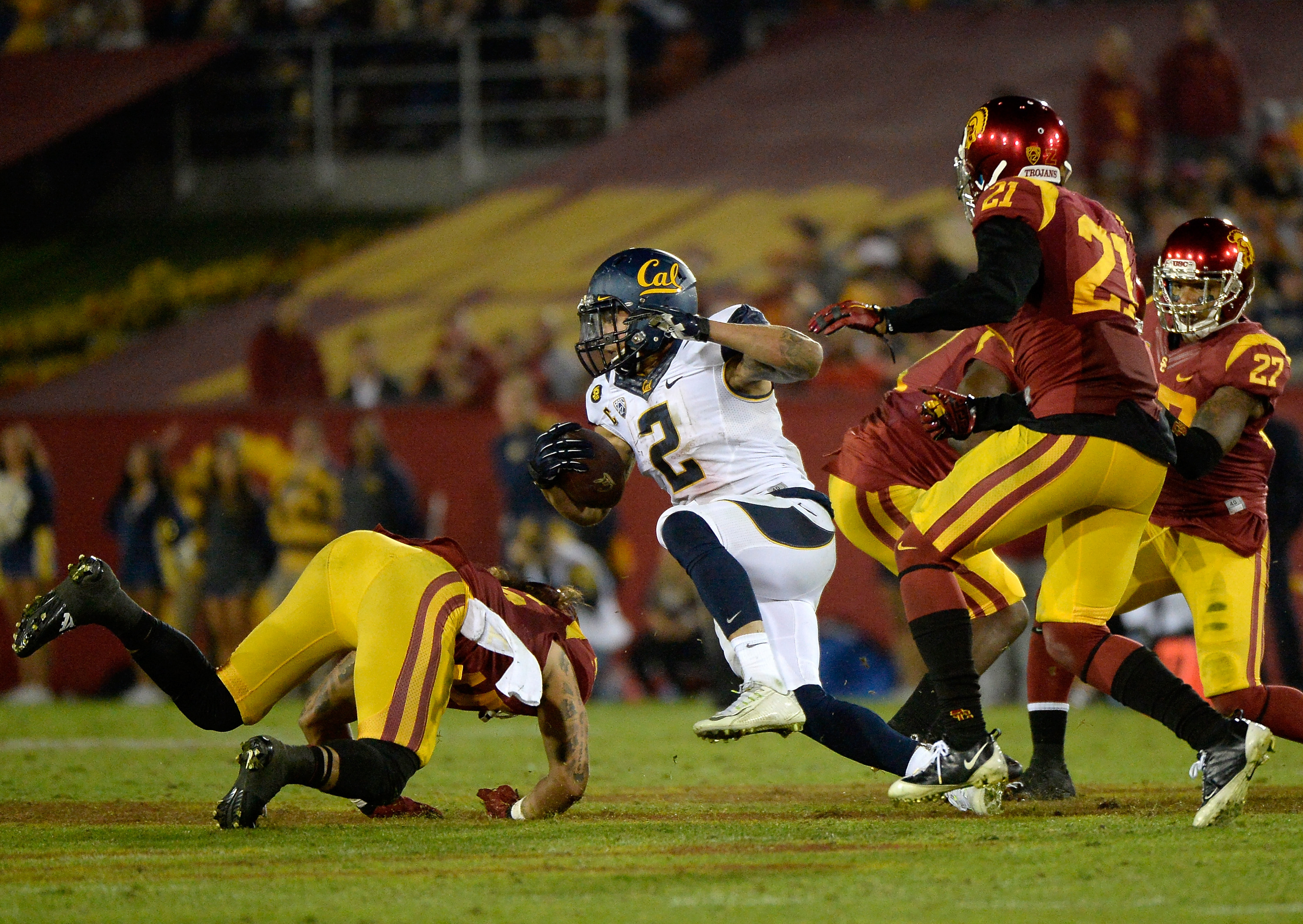 CGB:  Is there anything you guys want to say to the Cal faithful that will be reading this before Saturday?

DL:  Come out and support us!  You -- our fans -- have been strong all season, home and away.  With both teams 5-and-5, fighting for bowl eligibility -- the Big Game, the Axe, everything is on the line.  This it it what comes down to, if there's any time to be more excited for a game, it's right now.  We need Memorial Stadium to be jumping and on our side.  We want our fans to be energetic -- hooting, hollering, screaming at Stanford fans to take off that RED stuff -- we want the whole Cal community to be in this game!

MB:  I echo everything that Lasco said, and just want to add "I hate Stanford" and "Chop down that Tree"!