For the first time in 11 seasons, Cal is without a Football Head Coach. To make sense of the coaching search, CGB is embarking on a multi-part Q & A series profiling some of the candidates proposed. For our next bit, we talked with Todd of RollBamaRoll.com, the SB Nation Alabama Crimson Tide site, for a closer look at Kirby Smart. Thanks to Todd for his time and effort. As always, Go Bears!

1. What quality impresses you the most about Smart?

That he can work with Nick Saban. That's been the recurring theme of coaches that have come and gone from his various staffs, that he's so demanding, focused, and driven that to work with him you have to be just as demanding of yourself. Most Alabama fans look at him as Nick Saban, Jr. and I tend to believe he has a coach in waiting gentleman's agreement (can't be official because it limits his recruiting) to take over when Saban decides to step down, and I don't know anyone that would be upset about that because we all feel Smart would be a total continuation of Saban. Also I think its hilarious that he gets so into making his calls our S&C coach (who's also the get back coach) has to grab him by the back of his belt and drag him back to the sideline before we get a penalty, all while he's still jumping and signaling the defense as he's being dragged.

2. What quality disappoints you the most about Smart?

Obviously I don't get paid as much as he does to make these kind of calls so take it with a grain of salt, but I've always scratched my head at his "when in doubt, blitz" philosophy. I understand that our philosophy of pass coverage is built on being able to affect the quarterback, but there have been games (LSU and Texas A&M this year, for example) where the blitz just couldn't get there on time so we had QBs play lights out against us resulting in the secondary seemingly unable to do anything right. Those were the two games that we struggled the most in (and lost one of them, obviously), and it seemed like we just kept on with the game plan out of some hard headed desire to get to the QB instead of making any adjustments, which is extra disappointing because I think Smart is one of the better in game coordinators in the country.

3. Talk about how well Smart recruits.

It's really difficult to talk with any knowledge on how our assistants recruit simply because of the way we recruit. While each assistant has a region or territory that they cover, our focus is really on evaluating prospects that camp with us so we can actually see them in person, evaluate how coachable they are, and so forth. Most of the recruiting news that we see (offers, commitments, etc.) tend to come after either camps or official visits, and at the level Alabama has reached you don't have to do a lot of persuading to get top prospects to come to Tuscaloosa and check things out for themselves. And even beyond that, Saban is the closer (and anyone you talk to says he's one of the best in the game) so its hard to say just how much of a factor in recruiting Smart really is. I will say, though, that Saban does NOT bring on coaches that aren't effective on the recruiting trail, and even brought back a coach that left Alabama for Kiffin's staff at Tennessee, fired a couple of shots at Saban while he was there, and is a downright liability as a position coach, all because he's a great recruiter and understands how we approach evaluating talent and selling our system. So if Smart couldn't recruit, he wouldn't have been hired in the first place. How he would work as a recruiter as a head coach in a different region, I don't know, but again he wouldn't be on Saban's staff if he couldn't recruit.

4. What was Smart's biggest moment as your coordinator?

I think the 2009 SEC Championship Game. We'd gone toe to toe with Florida the season before and came up short, but we're pretty good at revenge games and had Meyer's spread option completely figured out by the time we got to them the next season. Outside of one particularly Tebow-esque drive he called a magnificent game that shut their offense down completely. Honorable mention would have to go to the BCS Championship Game against Texas that year. After Colt McCoy got hurt they ran a lot of different offensive packages with Garrett Gilbert that we hadn't prepared for and got back in the game, but by the 4th quarter he made adjustments and killed any chance of a comeback on their part. 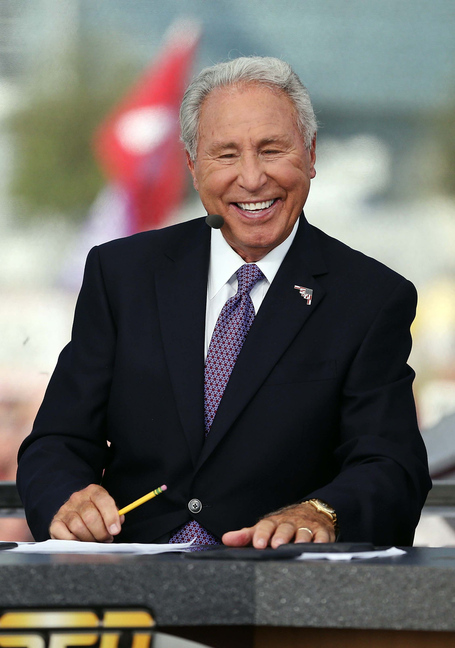 Could Kirby Smart return Cal to relevance and bring Lee Corso/College GameDay to Berkeley for the first time?

5. What convinces you the most that Smart would be a good head coach? What would be your biggest concern?

Like I said earlier, he's basically Nick Saban, Jr. His attention to detail and understanding the importance of having everyone in the organization knowing what's expected of them and accountable for their performance is what has made Saban so successful at Alabama (I firmly believe his time in the NFL taught him to run a program as professionally and efficiently as possible at the NCAA level), and Smart has been with him the whole time. The issue is that Smart can't command the same sort of dictatorial control and deference from the school when it comes to his program anywhere but possibly at Alabama as the successor to Saban, so if he were to leave and coach somewhere else the task of changing the culture of the program may not be so simple. It looks like Will Muschamp has been able to do it at Florida so far, but that's an administration that is willing to let a coach do it his way, and there aren't many places you can go that there aren't a bunch of good ol boy boosters hanging around thinking they have a say in the way things are run because they used to play or gave a bunch of money. That was a huge issue for Alabama between Stallings and Saban, and it took someone with the name cache AND force of will of Saban to mold the entire culture of the program to him. I don't know that Smart would really be able to pull that off at a name program.

6. Smart has never coached outside the SEC footprint. Do you think he would consider coaching in any other region?

If the job was right and the program was willing to give him the kind of control he wanted I'm sure he would consider it, but I think the fact that he is so familiar with this region and how to recruit here would certainly be a big reason for him to want to stay close to home. Plus, the style of defense that he runs and the coaching style he's used to fit perfectly in the SEC, and I think he's smart enough to not try and fit a square peg in a round conference.

7. In 2010 Smart turned down a big offer from UGA to be their defensive coordinator. Does he want his next position to be a head coaching gig, or is he simply that committed to Alabama?

Again, I think he's got an under the table agreement with Alabama to take over when Saban steps down, and turning that offer down cemented that theory in my mind. Even if that isn't true and he does leave Alabama to coach elsewhere, I'd be shocked if he started making lateral moves at this point in his career. He's entrenched at a high profile school that's paying him a dump truck full of money every year, so why take off for somewhere else that's a rebuilding project? Even going back to the UGA offer, Richt was on his annual hot seat at the time and if Smart wants to move to a head coaching gig he's more likely to get a good one jumping from Saban's staff at Alabama than possibly facing getting fired after one season in Athens, and that's the likeliest scenario of anywhere he goes; our defense sucks, our coach is on the hot seat, and we want you to come fix it. Better to rebuild the program in your own image as the head coach than take over a single aspect of the program and try to save everyone else's jobs.

8. Have you ever had any personal interactions with Smart? If so, how were they?