Don't count out Boise State head coach Chris Petersen as a candidate for Cal. Dave Doeren is headed to N.C. State, and no word from the Sonny Dykes camp.

I'm not giving up on dreams. This source can go straight to jail and not collect $200.

This is also from Jen Beryle, a CSN Northwest Insider. She is a true professional, as revealed by her LinkedIn profile. 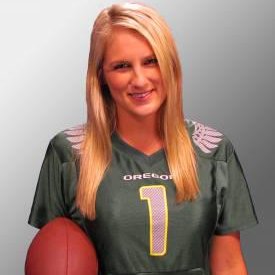 I can't imagine why this woman would be happy to report Petersen won't be coming to Cal. Perhaps she wants sources that tell her something that put Petersen at another school.

Speaking of which, guess who she shockingly isn't counting out?

Petersen's not interested in Cal job but would he be interested in Oregon? He spent 6 years as WR coach under Bellotti: tinyurl.com/cr8obet

The beautiful thing about a source is that it can be anyone. It can be your local supermarket cashier. It can be the milkman. It can be the neighborhood stray cat. So maybe someone did tell her Petersen wasn't coming, but for all we know that source could be a slab of mud.

This is not over. Boise's season is wrapping up this afternoon, at which point Sandy Barbour will try and make overtures. She has said that she will not be seriously interviewing candidates until a team's season ends, and Boise's season ended only a few hours ago.

Tried to ask Petersen if he'd be interested in other jobs. He walked off

Until Petersen says no, we won't really know.

Dave Doeren off to N.C. State

One person who is definitely out of the running is MAC Champion head coach Dave Doeren. He's headed to coach the N.C. State Wolfpack.

I'm sure you all read the POAPS on Doeren--and if not, now would be a pretty good time--but here's a quick refresher on the guy: he is 23-4 in two seasons as the head coach at Northern Illinois, and the team won the GoDaddy.com Bowl (it's kind of a big deal) last season. Prior to getting a shot at a head coaching gig, he spent five seasons as Wisconsin's defensive coordinator. His background is in defense--he also coached linebackers at Drake, Montana, and Kansas.

Bummer. I really liked his resume. Cal did too.

Jeremy Fowler at CBS Sports reports that Doeren will make $1.8M per year and that Cal had also reached out to "the Doeren camp."

But he definitely has a cushy job at N.C. State, which also has plenty of low expectations.

No word yet from the Dykes camp. Dykes also interviewed at N.C. State before the Wolfpack took Doeren. Faraudo:

Kate Dykes, Sonny’s wife, said her hushand has been on the Louisiana Tech campus all weekend, hosting recruits. She said she wasn’t aware that Sandy Barbour or anyone representing Cal had been in town.

Spike Dykes said his son enjoyed his time as offensive coordinator at Arizona.

"They were one play away from going to the Rose Bowl when Oregon beat them," Spike said. "He loved the Pac-12. That’s a great conference."

Asked if his son would be interested in Cal, if offered a job, Spike Dykes said, "I would think so. Who wouldn’t be in this business? It’s a great job, a great conference."