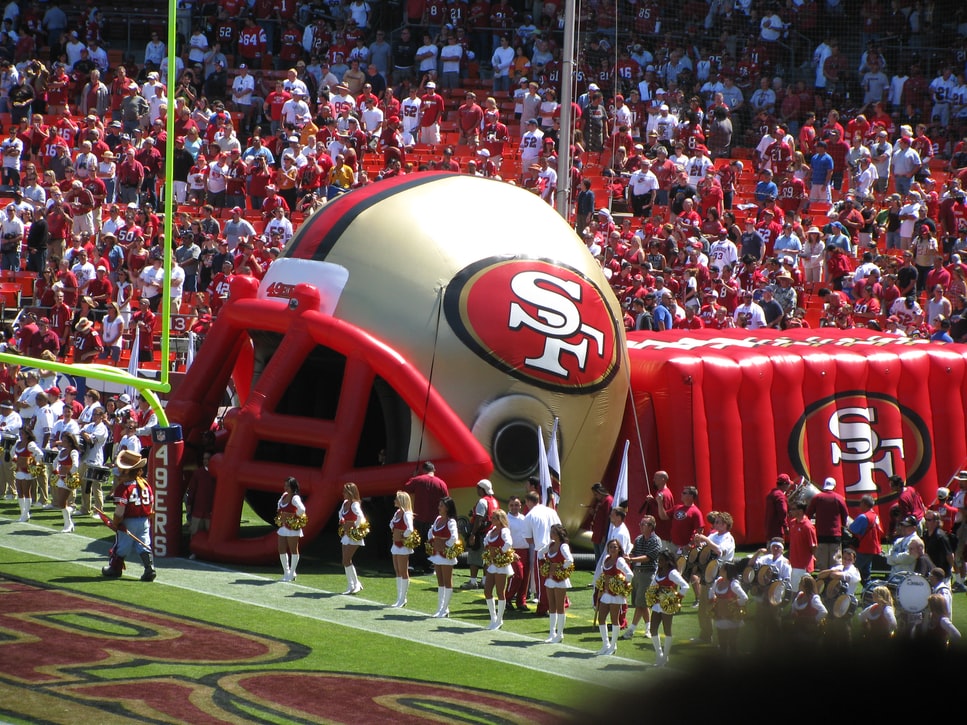 California has a long and decorated history of producing Super Bowl champions, but history counts for nothing when franchises from around the league takeover. Unfortunately, the likes of the Kansas City Chiefs and Tampa Bay Buccaneers have leapfrogged everyone else and currently sit at the top of the pack.

However, this doesn’t mean the Golden State doesn’t have a shot at Super Bowl LVI. It will be very difficult to dethrone the NFL’s heavy hitters, yet the following Californian teams have what it takes to go all the way and bring the trophy home.

The LA Rams overachieved last season and showed everyone why the franchise was the league’s dark horse. Not only did they record a 10-6 campaign, but they managed to beat the heavily backed Seattle Seahawks in the Wild Card playoffs. Sean McVay’s men only went down to the Green Bay Packers in an incredibly entertaining Divisional playoff matchup.

With last season’s experience behind them, and Matthew Stafford and Cooper Kupp set to team up again in 2021, the offensive is loaded and will score points. Of course, Brandon Staley created a defence that surprised the football fraternity in 2020. If he can do that again, the Rams are Super Bowl contenders.

"Excuse me, but did you say the San Francisco 49ers?" Lots of people will react like that after the 49ers' terrible 6-10 season last year. Let’s face it – you wouldn’t wager your money that that side will bounce back. As How To Bet's Football Guide points out, the Super Bowl is the biggest sporting event of the year and more action is taken at this time than during any other sporting event. That means you can choose from a plethora of franchises, making San Francisco an unappealing choice.

But people forget that this team went to the final of the Super Bowl in 2019 and were a handful of magical plays away from being crowned champions. If it wasn’t for Patrick Mahomes, things may have been different. Plus, the 49ers possess one of the best young coaches in the NFL in Kyle Shanahan. It may all come down to Trent Williams. If arguably the top left tackle in the game stays injury-free, Jimmy G and George Kittle will tee off. In Trey Lance, they have another dimension should Garoppolo fail to hit the mark.

The Chargers are full of talent. If it comes to fruition, it may well lead to a Super Bowl onslaught that results in them going deep in this year’s edition of the competition. Justin Herbert is the pick of the roster since he finished as the NFL Offensive Rookie of the Year with 31 touchdown passes, setting a new record.

New coach Brandon Staley, formerly of the Rams, understands the need to sure up the defense, both offensively and defensively, which is why OT Rashawn Slater was drafted No. 13 overall. Don’t forget that the Chargers’ and Rams' home stadium will host the finale, too, giving them extra incentive to make it to the end-of-season curtain-raiser.

Which Franchise Has the Best Opportunity?

Going off form, it’s the LA Rams because they proved last year that they are dangerous. However, the defense may be weaker without Stanley, while the Chargers will benefit from his extensive knowledge and savvy draft picks. San Francisco need to bounce back, yet it’s not beyond the realms of probability.

Still, it’s probably the Rams and Chargers that will outperform their West Coast divisional rivals this term.