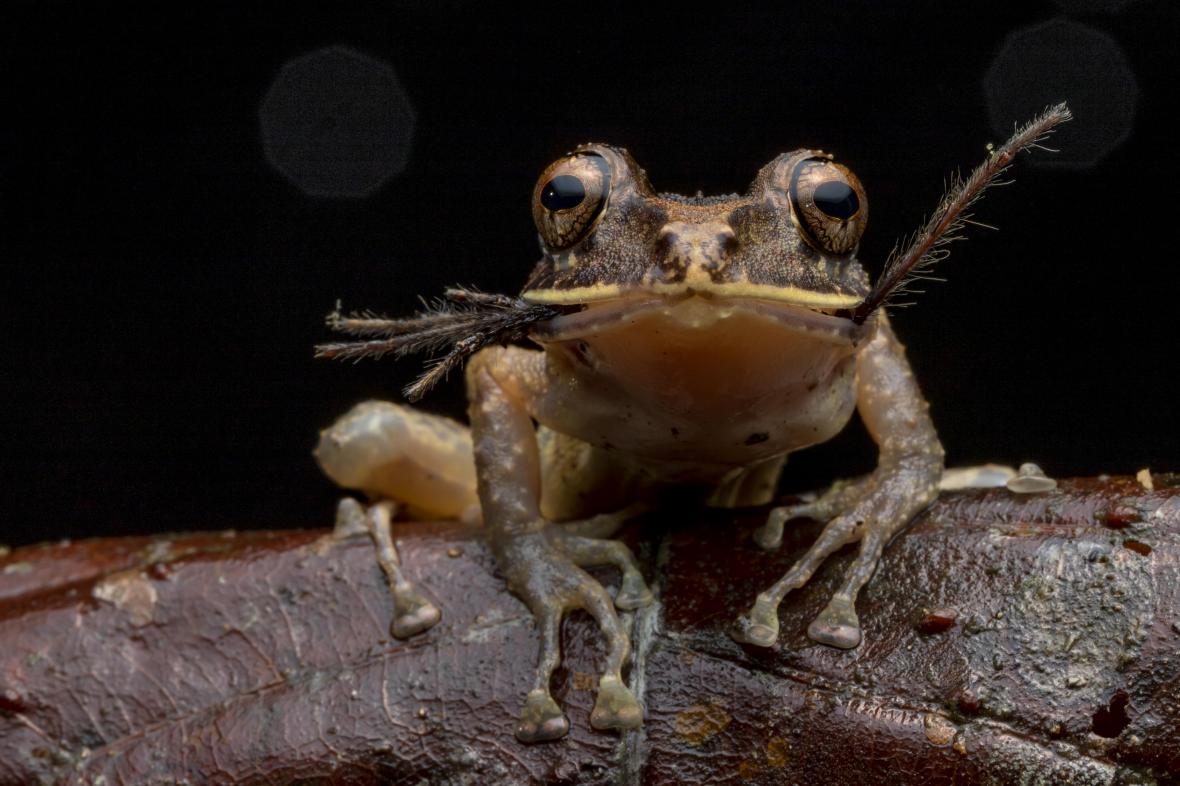 Herpetology (from Greek ἑρπετόν herpetón, meaning "reptile" or "creeping animal") is the branch of zoology concerned with the study of amphibians (including frogs, toads, salamanders, newts, and caecilians (gymnophiona)) and reptiles (including snakes, lizards, amphisbaenids, turtles, terrapins, tortoises, crocodilians, and the tuataras). Birds, which are cladistically included within Reptilia, are traditionally excluded here; the scientific study of birds is the subject of ornithology.

Thus, the definition of herpetology can be more precisely stated as the study of ectothermic (cold-blooded) tetrapods. Under this definition "herps" (or sometimes "herptiles" or "herpetofauna") exclude fish, but it is not uncommon for herpetological and ichthyological scientific societies to "team up", publishing joint journals and holding conferences in order to foster the exchange of ideas between the fields, as the American Society of Ichthyologists and Herpetologists does. Many herpetological societies have been formed to promote interest in reptiles and amphibians, both captive and wild.

Did you watch the Superbowl?