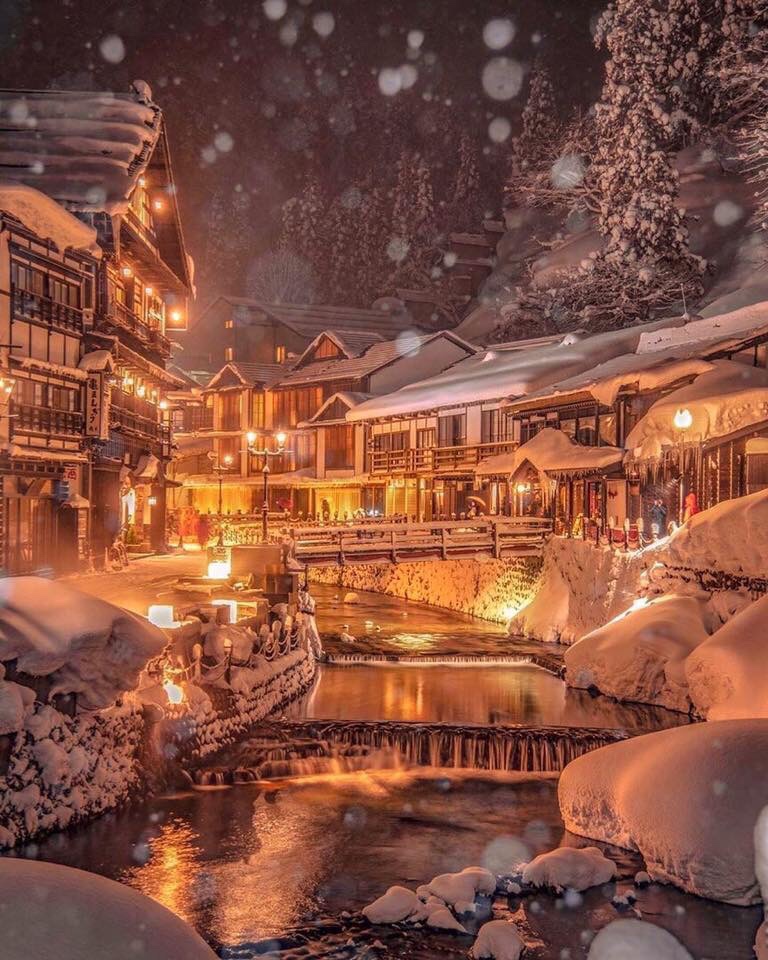 Ginzan Onsen (銀山温泉) is an onsen (hot spring) area in Obanazawa, Yamagata Prefecture, Japan. Its name means "silver mine hot spring". Ginzan Onsen's economy took off thanks to its booming silver production and eventually transitioned over to tourism when it opened up dozens of hot spring resorts along the central river that runs through the town. The mountains that surround this town yield rich hot spring water that is used both in the private hotels and public baths in the city center.

Ginzan Onsen became nationally famous as it was featured in the popular television drama Oshin. Each year this onsen village sees hundreds of thousands of domestic Japanese visitors.

Internationally, this town saw a sharp rise in foreign tourism thanks to the famous snow covered sights in the winter. It has since been featured on international travel sites and agencies across the world. CNN has even suggested that this onsen town may be "Japan's most charming winter village".