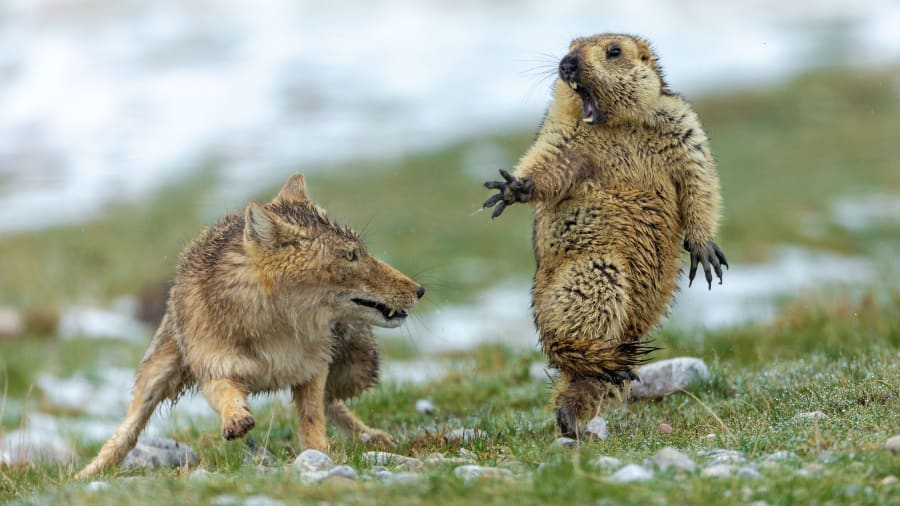 Source: Yongqing Bao, winner of the 2019 Wildlife Photographer of the Year award, given out annually by London's Natural History Museum.

Bao caught the scene on the snow-draped sloped of China's Qilian Mountains in early spring.

He had been observing the interactions between the two creatures for some time; around an hour earlier, the marmot had spotted the fox and raised the alarm to his neighbors to get underground.

But the fox lay low and still; and, believing the coast was clear, the marmot eventually emerged to find food.

In an instant the fox dashed forward and, thanks to some lightning-quick reflexes, Bao was able to immortalize a frightening moment of realization as the marmot comes face to face with its mortality.