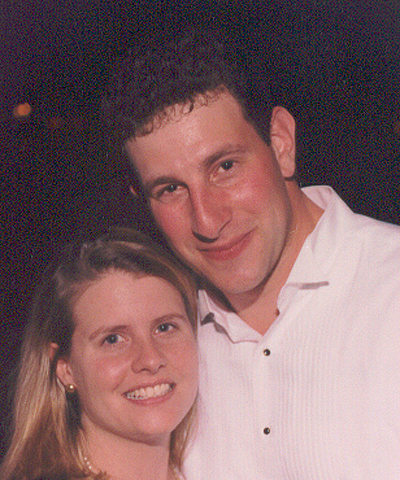 It was 1993 or so and I was sitting at my fraternity house at Cal. Our house president introduced us to Jeremy - a tall, quiet, dark haired guy who was staying in the house as a grad. He was the former President of our chapter at the University of Rochester. And while he was affable and friendly, you knew he was kick-ass in a bottle because he was the reigning US national judo champion. Apparently, the Bay Area suited him and he ended up staying. And it was 17 years ago today that he was visiting his old stomping grounds in the NJ area to return home to his wife and kids in the Bay Area. Shortly into that flight, he, Cal alum Mark Bingham ("Let's Roll"), my wife's colleague Todd Beamer "'Don't worry, we're going to do something'", Mark Burnett, and others formed a revolt to recapture the plane after they realized it was a suicide mission.

Jeremy spoke to his wife, Lyz on the air-phone. He told her that the plane has been commandeered by 'bad men'. Then he told her "I don't think I am getting out of this alive", started crying, and then repeated "I love you" over and over and over again until it was time to go. He then told her he was going to go and fight, but he would keep the line open. That open line recorded the struggle, screams, and then went dead as the plane crashed in a field rather than hitting the Capitol Building or the White House.

I sit here with slightly moistened eyes remembering 9/11. They took more away from me than just my sense of safety. They literally took away my brother.

Rest easy, Jeremy. I said I would never ever forget 9/11 and I am keeping that promise.

Your messy job transition story - LeonPowe is going through a bit of a rough patch with his current job. I have a huge amount of sympathy for that situation. Help him out by sharing a moment in your career that didn’t go well.

2. What is an option that seemed to be fairly standard, but is no longer commonly offered. I am saying the main "thing" is still common, but a specific variant of that thing is rare.

4. Something from the 18th century

6. Do you keep emergency supplies when there is no imminent threat? What do you have now?