There's a key position battle still to be resolved, so let's hope that our specialists didn't spend the summer running laps.

First and foremost, I love any excuse to post one of last season's seminal moments:

For a brief hiccup in time, it was like Oski came marching down from the sky riding on a winged unicorn while firing bazookas that rained gold and chocolate and puppies upon our adoring arms. All of our pent-up hope and excitement for the future of the Dykes era burst onto the scene with an explosion of sheer joy.

The specialists were solid enough last season. However, the coverage teams felt the trickle-down effect of the injury epidemic and lacked the personnel to be effective.  With roster attrition and so many key players returning from the IR, it's a concerned unknown whether we'll be in a better shape for this year.  Stalwart punter Cole Leininger should be a known quantity.  But our succession of Italian kickers may be at an end as James Langford, Matt Anderson, and Noah Beito compete for the starting nod.

Overview:
Matt Anderson was highly regarded out of high school and was recruited as our kicker of the future. Langford showed off a huge leg during Tedford's last spring. He had to sit out after transferring from Cal Poly and then worked through some injury issues last year. Noah Beito quietly came out of nowhere to make this a three horse race with a strong spring.

Biggest Strengths:
Cole Leininger survived being over-worked last year and has been capable throughout his Cal career. It seems like a lifetime ago when long snapper John Sheperdson took over for the Holiday Bowl against Texas. He's been rock-solid ever since.

Biggest Questions:
Who wins the place-kicking battle in camp is almost as important as whether the designated starter can hold this position through the year. Historically, new kickers often struggle during their first season of Div-I ball. How long a leash will Coach Dykes give? Bryce McGovern has great hands, but can he be as dependable as the graduated Jackson Bouza?

Leininger has generally been steady as a punter.  Now that he's an upperclassman, can he make an impact on the field position game with booming hangtimes and well-placed corners?

Overview:
Treggs is ultra-reliable with great hands and sound judgement. Davis and Harper are both known for their elusiveness and ability to make guys miss in the open field. We'd all love for Muhammad's speed to translate into a home-run threat.

Overall:
With more experience in the depth chart, one would hope that both our coverage and returns teams will be more effective. Simply having enough healthy bodies to focus on special teams play will be a step in the right direction. Place-kicking remains a concern until the new guy proves that he's got it under pressure. And although our punter is solid, I think we all hope that boredom is his biggest problem.

Personally, I like Coach Dykes and his coaching staff, and appreciate their vision for our team. Call me foolishly naive, ("typical deranged Cal fan" might also suffice) but I expect the start of a resurgence this year.  No, this isn't a free pass nor is it a blind pumping of sunshine at the expense of reason.  The coaches themselves aren't predicting championships or a set number of wins;  the promise we keep hearing is we'll be "competitive."  Relative to 1-11, I think that's a fair and reasonable goal for 2014.

If we don't see improvements over last year that continue to build throughout this season, the infamous Memorial bag check lines will be nothing compared to the hordes lining up to punch the panic button. CGB may very well offer a groupon on pitchfork and torch combo kits.

With a new Athletic Director on the horizon, it will be incumbent upon Dykes and Co. to make their case on the field that this is still a program headed for recovery rather than triage.  As excusable as some of the factors were that contributed to last season's collective failure, that particular get-out-of-jail card has been played.  Fair or otherwise, we need to see something that makes us excited about the future of Cal football.

1)  The offense will earn B's.  Balance.  Better execution.  Beefcake blocking from the Oline.  Brady-like moments from Goff.  Boom goes the cannon.  For some fans (and not just the Asian parents), this improvement won't be enough.

2)  We'll still have games where we fall behind, the run game stalls or is abandoned, and we have to air it out.  Knee-jerk fans and analysts alike will reference the Bear Raid as gimmicky and pass-happy.  @AGuyNamedNam will lose it a little and vent in all-caps on twitter.

3)  The defense will be synonymous with "big play"...and at any given moment both friend and foe may benefit.  There will be sacks, TFLs, and stops for little yardage interspersed with explosion plays.  But unlike the errors of yesteryear, we're going to make our mistakes running full speed ahead and with guys making sins of commission, not omission.

4)  The Big Four wideouts get a lot of the attention on offense, but someone with less acclaim is going to step up and make key contributions.  It could be Stephen Anderson who has quietly held onto a starting spot at inside receiver.  Ray Hudson is another possibility as a big, physical target who could help move the chains and work the seams.

5)  Some overlooked names at defensive end are going to make their presence felt.  The new attacking scheme might prove to be a perfect fit for guys like Kragen, Barr, and Lopa who are otherwise a bit under-sized.

6)  Special teams play will remain uneven.  Unlike a well-established program, we simply don't have enough experienced depth yet for our twos and threes to be formidable in their own right.  Here's where the linebacker attrition and recruiting whiffs at safety hurt.

7)  I'll go on record with predicting four wins, +/-1.  For me, cautious optimism is an admittedly illogical, but more pleasant alternative to relentless negativity.  Not to mention, I have a soft spot for both underdogs and guys who battle back from injury.  Physical therapy is a tough, tough deal.  Besides the physical pain, there are days when the grind seems hopeless because you just don't know if you'll ever be the same.  I have nothing but respect for all those Cal players who have put in countless hours working their way back so that they can do their part to help re-build our program.

And, I'm putting my liver where my mouth is.  Last year, I lost a 1.75L bottle of Hendrick's gin to my friend, Scootie, because Cal didn't reach two wins.  This year, we're going double or nothing that the magic number is three.

Here's how the challenge went down:

Me:  "...And this would be why I have all of...seven sentences written on the fall football preview.  Um.  Doh.  Probably need to light a fire under my *ss or something."

If we win two, i will be mildly happy (slightly pleased?) because that's one more than last year, I think. I try not to think about last year.
If we win three, I get GIN GIN GIN GIN GIN and I will do the Kodiak dance naked around the University Club while downing dirty martinis.
If we win more than that...... hahahahahahahahahaahhahaha there are no words to follow such a fantasy."

Yes, we've fallen a long way from Joe Kapp and his no-tequila vow.  But after 1-11, even the most diehard Cal fans have to start somewhere. Let's get this done. 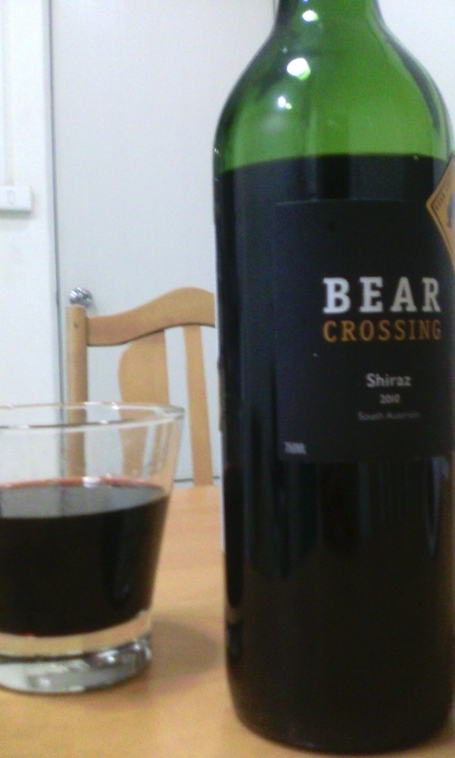 (HT Ninja Bear for the pic)