Picking the Winners of All 54 Pac-12 Games: Results!

We asked you to pick the winners of all 54 Pac-12 conference games and today we reveal the results and the projected standings.

Share All sharing options for: Picking the Winners of All 54 Pac-12 Games: Results!

Last week I asked you all to participate in our 2014 Pac-12 predictions.  You dutifully obliged by picking the winners and losers of all 54 conference games.  Several hundred participated and today we can enjoy the results.  We have a lot of material to get through today, so let's get down to business.  We will proceed through the results week by week before revealing the final, projected standings.  You can skip to the ending to spoil the results if you want, but that would make you a bad person.  The rest of us will go through this like upstanding, civilized members of society.

After the conference goes 12-0 during the opening weekend, we have our first Pac-12 game during week 2 and it's a doozy.  These two both have Pac-12 Championship hopes and I am delighted that one of them will have their hopes dashed in the second week of the season.

This is one of those games where no one wins.  The standings will show that the Lobsterbacks prevail over the Trojans, but we know in our hearts that we all lose, no matter the outcome.

The Sun Devils' Pac-12 season will begin the same way it played out last season: lighting up teams not named Stanford.  Unfortunately, the Devils will hit a bit of a wall after this game.

UCLA avenges its loss to ASU from last season and opens the Pac-12 slate with a win.  Meanwhile nearly all of us expect Oregon to cruise to victory over the Cougars in Pullman.  Despite facing an Arizona team whose offense will still be a work in progress as it replaces Denker and Carey, Cal is a heavy underdog in Tuscon.

Cal earns its first conference victory in 2 years and silences the "We should have hired Mac!" critics.  Meanwhile in Seattle, Stanford faces a UW team that is likely ranked after cruising to a 4-0 start over the conference's easiest OOC schedule.  Unfortunately, Chris Petersen gets a rude awakening when he's introduced to Pac-12 play.  Elsewhere Utah earns a surprising victory over Washington State and Mike Riley opens the conference calendar with a loss.

For the second consecutive game, over 98% of participants pick Oregon to win.  Mike Leach gets the best of his student for the second consecutive year as Wazzu defeats Cal.  Oregon State puts Colorado into a 0-3 hole and UCLA is heavily, heavily favored over Utah.  USC gets revenge on ASU for last year's embarrassing loss that ended the Lane Kiffin era.

The game of the week in the conference and possibly nationwide is a showdown between potentially undefeated teams in Pasadena.  In what could be a preview of the Pac-12 Championship game, Oregon battles UCLA and is a moderate favorite among our participants.  Stanford's victory over Washington State keeps them tied for first with Oregon.  Washington defeats Cal as the goodwill from Dykes' sole conference victory begins to fade.  And in a horrific turn of events for our brethren down south, USC takes a half-game lead over UCLA atop the Pac-12 South standings.  At this point, only Oregon and Stanford remain as the conference's undefeated teams.

No one had much trouble picking the winners of these games, as the winner received the vast majority of votes in every game.  UCLA earns its first victory at Memorial Stadium since the '90s and the Ducks give a warm welcome to the new coach of their top rival.  Hapless Colorado remains the only winless team in the conference.

In week 9 we get our first, full, 6-game slate of the Pac-12 calendar.  While none of the top-tier teams play competitive games, the Arizonas' battles against the Washingtons could be interesting.  I wouldn't be surprised to see ASU pull the upset against the Huskies.  Wazzu could also be on upset alert, as RichRod may have sorted out his team's issues on offense by this point in the season.  If both Arizonas fall, it will be a rough start as each will still only have 1 conference win in late October.

The Pac-12 North showdown takes place this week in Eugene as the Ducks host Stanford to determine who will be the last undefeated team in the conference.  Justice is served as Oregon wins and takes over sole possession of first place.  USC survives a trip to the Palouse to retain possession of first place in the South.  Cal and Arizona continued their midseason slides while the mountain schools continue to be the punching bags of the Pac-12.

UCLA at Washington could be interesting.  Otherwise, the slate isn't too compelling this week.  Mike Leach's pirate ship runs aground in Corvallis while Utah begins wondering who its next coach will be.  As always, Colorado loses again.

Cal loses its 11th straight against USC and things look bleak in Berkeley as the Bears' losing streak hits 6.  In a pivotal game for ASU, the Sun Devils upset Oregon State in Corvallis.  Chris Petersen gets his 8th win of the year.

The first of two rivalry weeks begins with one of the biggest Pac-12 games of the year: USC at UCLA, with the Pac-12 South crown on the line.  Fortunately for all that is good, Sark and USC lose.  That doesn't make Cal fans feel any better as they lose again to Stanford and finish the Pac-12 schedule at 1-8.  Sonny Dykes' job could be on the line the following week against BYU.  A couple of key games sort out the muddied middle as Washington leaps ahead of Oregon State in the North and Utah climbs into a tie for fourth in the South.  ASU's resurgence continues and Todd Graham pulls his house from the local Tempe listings.

In the final week of Pac-12 play, Stanford visits UCLA with playoff hopes on its mind.  For the second week in a row, UCLA delivers the iron fist of justice. Arizona State wins its fourth in a row to cap a supremely disappointing year for RichRod.  Equally disappointed is Mike Leach, whose Cougars finish tied with Cal at 1-8.  Oregon cruises to victory and the fighting MacIntryes narrowly earn an upset over Utah.

Oregon wins the North for the first time since 2011 and battles UCLA in a rematch of that same year's Pac-12 Championship Game.  Stanford finishes second, followed by Washington, whose 6 conference wins give the Huskies an impressive 10-win season under Petersen's first year.  Oregon State stumbles into bowl eligibility while Washington State regresses to 2 conference wins.  For the second year in a row Cal finishes last in the North.  Bears fans will have a hard time stomaching a 3-24 record in conference play over the past three years, especially when Sonny Dykes fails in two years to achieve the number of conference wins Jeff Tedford accumulated in his worst year at Cal.

In the South Jim Mora establishes UCLA as a perennial powerhouse while seven-win Sark somehow gets seven conference wins.  Everyone else has bitterly disappointing seasons as their teams stagnate or take a step back from 2013.  It doesn't look like the Pac-12 will have 9 bowl-eligible teams again this season...

I asked you all to predict who will win the conference.  Oregon received 61% of the votes while UCLA received an impressive 31% of the votes.  The winner will almost certainly to the playoff, while it's not inconceivable that both could advance if UCLA wins the Pac-12 Championship game.  The selection committee would likely give strong consideration to a 12-1 Oregon team.  While Oregon and UCLA accounted for 92% of the votes, Stanford and USC also received a handful of votes.  Some misguided souls also voted for Arizona State, Cal, and Washington.

In the above exercise we use a majority rule to determine who wins each game and then add up the wins to determine the final standings.  This approach has a major shortcoming, however.  Consider a hypothetical team that is picked by 51% of participants to win each of its games.  Under the above procedure, we'd expect that team to win all 9 conference games.  If we add up the probabilities from each game we get (9 * 51% =) 4.59 wins.  To expect such a team to win 9 games is to overrate it severely.  By contrast, a team picked by 49% to win each of its games would be wildly underrated if we projected it to go winless. So let's compare the two...

Below I have listed the projected wins (majority rule) and predicted wins (adding up probabilities).  The difference tells us how overrated a team is.  A larger difference indicates a team that is more overrated.  A negative difference demonstrates that a team is underrated.

Despite being picked to win all 9 games, Oregon is not that overrated.  Stanford is overrated by about a game and Washington is overrated by more than a game.  This means both should suffer an upset during the season.  In fact Washington is the most overrated team in the conference, followed by Stanford and USC.  Arizona and Cal are the most underrated teams in the conference.  Cal should win about 2.5 games instead of 1 and Arizona should win 3.5 instead of 2.  Do not be surprised if the Bears and 'Cats score an upset or two this seson. 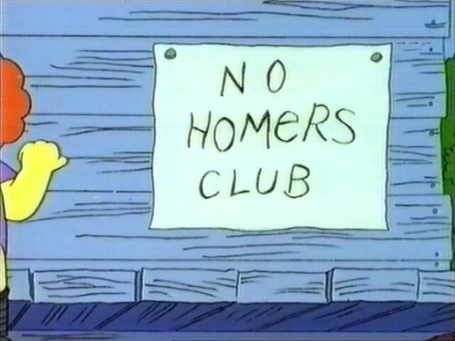 To account for rampant homerism, I asked participants to name their rooting interests before filling out the survey.  This is to help offset results such as what we saw last year, where we projected Cal to win 6 conference games.  Cal only won one game in this year's projections, so we have obviously cured our homerism, right?  Not so fast, my friends.

The non-Cal fans are considerably less optimistic about the Bears this season.  Despite our differences in opinion, both sets of respondents favor the Bears in only one game.  It turns out this does not change our projections at all, unlike last year where our win total was cut from 6 to 3.  We're still projected to win only one game, but now the sum of our predictions matches our lonely, sad, one-win season.

We may not expect Cal to make a big splash in conference play this year, but that doesn't mean we can't deliver vengeance to Pat Fitzgerald this weekend.  Thanks for participating and Go Bears!