You can download the depth chart PDF by clicking here. 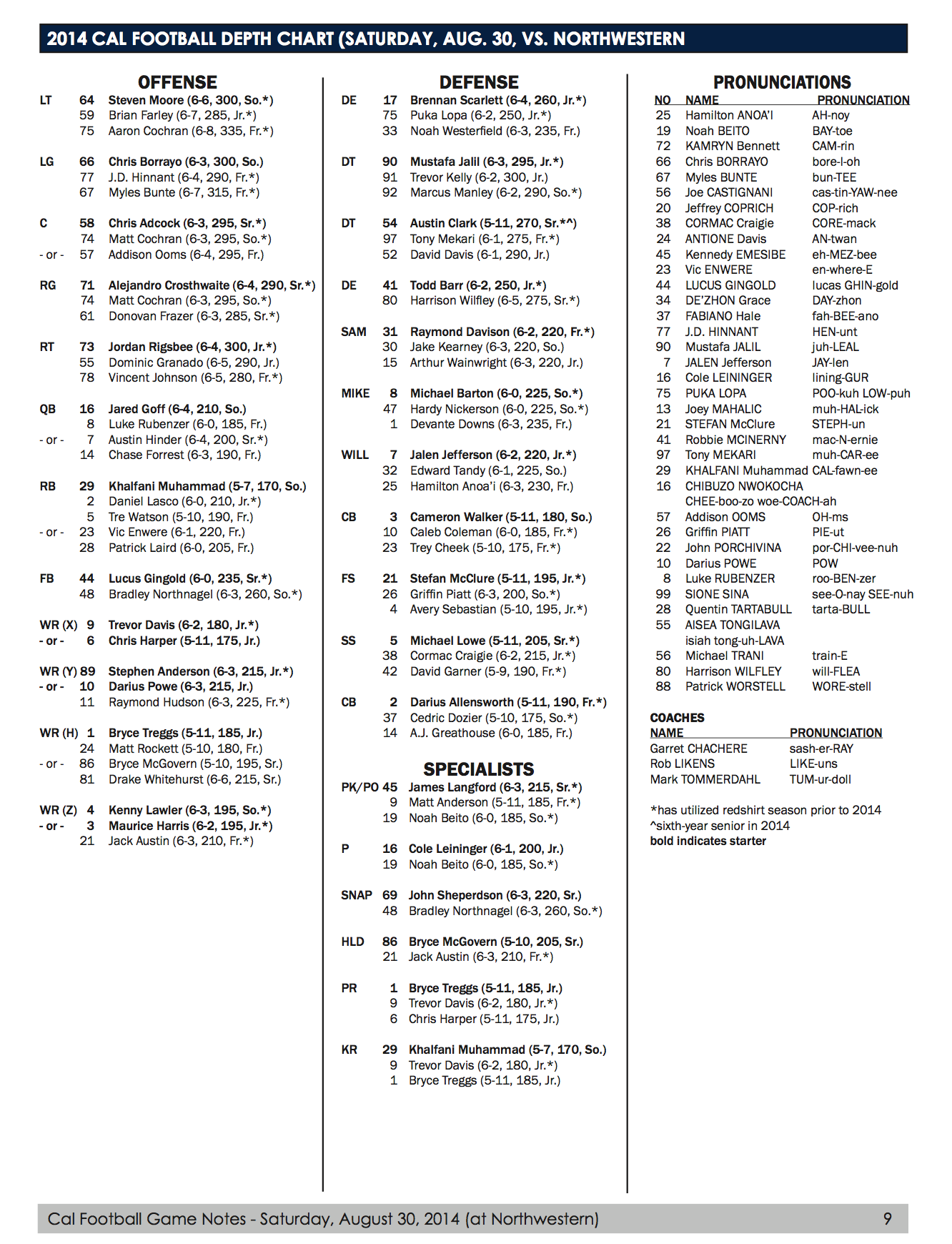 Here are some early thoughts from the depth chart.

Really like this group in the future. But they are young. RT @Mr_Ollins: all of our CBs on the 3-deep are FR or SO. That's...scary.