Who is worse? The USC band or the Stanford band??

We love to talk marching bands here at CGB.  It is one of the best parts of collegiate sports and one of the things that sets collegiate sports apart from its pro first cousins.  We've compared the Cal band (naturally the best damn band in the land) with an Ohio State band.  We also compared the Cal band (still the best damn band in the land as you may have remembered from the previous sentence) with the Stanford band.

Today, we aren't even talking Cal band.  No, we're talking the Stanford band and the USC band.  Which one is worse???  So tough!  This is like figuring out whether its worse to die from the Ebola virus or the Bubonic plague.  Like those illnesses, listening to one of these bands do their show is going to be extremely painful and you'll most likely be dead at the end.  BUT WHICH ONE IS WORSE!

I digitally sat down with Oskisun bear to debate this pressing issue of the day.  Read our back and forth and then vote in our interactive online Your Voice Matters poll.  CGB, pretending your voice has mattered since 2006!

Why The USC Band Is Worse Than The Stanford Band

It was American legend and founding father, Benjamin Franklin, who once said that in this world nothing can be said to be certain, except death and taxes. Also, the USC Band is history's greatest monster.

A learned and wise man such as Franklin knew exactly what he was talking about when he uttered that classic phrase. The USC band truly is worse than 1.3 million Hitlers.

My friend oskisunbear will try to spin a yarn about how the Stanford band is worse than 1.29 million Osama Bin Ladens, but let's first look to the tape. They are a merry band of incompetents whose "unique" "ideas" about "entertainment" fare poorly when translated into reality. They don't mean any harm, they just suck at everything ever. It's like that Daily Show debate about Democrats versus Republicans: What's worse? Incompetence or malevolence?

I would posit that while the Stanford band may be the Democrats of this analogy, the USC band are the Republicans. The USC band doesn't mean well. They've never meant well. If at any point, any iota of happiness is derived from the USC band in any way, shape, or form, it's merely incidental to their goal. Cruelty and misery is the USC band's feature, not their bug.

The USC band is like the Vikings of old. They want to plunder and pillage. They want to crush their enemies, to see them driven before them, and to hear the lamentations of their women. They act like Sherman's March To The Sea was an instructional manual for daily life. I bet they all have a warmly dog-eared copy of the CIA Torture Manual that they keep on their bedside table.

Hell, I'm probably looking at that one backwards. The CIA Torture Manual probably opens with something like:

Yes, 2-track CD! It includes BOTH of their songs. The one that they play 50 times a game and then that other one that they play 150 times a game. If you want to die a little inside, feel free to watch this video right here! If you want to make yourself unable to conceive children, don't NOT click on this video!  If you feel like your day is going just TOO well, hit that triangle and get started! Like if you just proposed to your girlfriend and she said yes and then you won the lottery and want to even out that karma before God gets any good ideas, watch this video!

So, yes, they are the One Hit Wonders of collegiate marching bands, looking not much better than the people who wrote "Who Let The Dogs Out," "Macarena," and, of course, Chumbawamba's classic song "Tubthumping." But that is not the only reason that they are worse than 2.7 million Pol Pots. They are also terrible people. Let's not forget that!

I can tell you from my personal experience that they are bad people. If you happen to be in an opposing band and be within berating distance of them, they will yell and scream at you for no discernable reason. They once threw a rock at us while we were doing a show at the Coliseum, because physical violence is their bailiwick. They once went WAAAAAAAAAAAAAAAY over their allotted time at Memorial, because for USC students math is hard. We LITrully (!) ran them off the field. I came so close to catching up to one aka POTENTIALLY AWKWARD BAND FIGHT!!!

If they are seen positively interacting with an opposing band member, they apparently have to run laps or do push ups. They basically self-haze if they are even REMOTELY close to being nice to somebody. All the other bands that came through Memorial (or welcome us to their house) treat Cal with a camaraderie and respect that is mutual. We give them food. They give us food. We invite them to our parties. They invite us to their parties. The USC band denies this camaraderie and keeps itself separate as if it is somehow superior or better.  Valued reader and former Oregon band member Takimoto told me that the Oregon band also got the "F U" treatment when they attempted to bring delicious foodstuffs to the USC band.  So, it's not just Cal they are rude to, it is everybody.

Which brings me to my next point: THEY WEAR THEIR SUNGLASSES AT NIGHT. That is a total doosh-bro move. That comes out of page 1 of the doosh-bro manual. That may even be the name of said d-bro manual: "Wearing Your Sunglasses At Night, How To Lose Friends And Influence Nobody."  That is the most d-bro move to every d-bro move!  All the rest of humanity combined couldn't out d-bro them with an electrified d-broing machine on the most d-broed day of our life!

Finally, they are not even THAT good at marching. Their marching style is a cross between somebody with rickets and another person dealing with rickets. 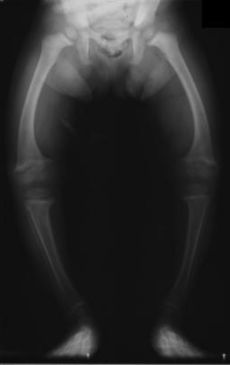 The USC marching band has the physical ability of a 19th century English child struggling through the Industrial Revolution. Their life is a Dickensian hellscape. Plus, they really need more Vitamin D in their diet.

They make a big deal out of the fact that they play with pop stars and have been on big-name CDs or something. I credit that to two things:

Where does this come from? The band leader, Art Bartner. He is the main reason for the band acting the way it does. I don't want to say anything specifically negative about him so as to avoid libel.  Also, why do it when I can get his actual students to do it for me?

Total jerk to his students. Sometimes late to class, shows disregard to sympathy. Will punish students for slight mistakes made, and putting them on the spot in front of class. Goes out of his way to make sure that students are miserable. RECOMMENDED

Awful guy! No one likes him. He was sentenced to anger managment classes my sophmoore year. I quit marching band because of him.

The most egotistial megalomaniac on the planet. The guy EVERYONE loves to hate. Be around him for 5 minutes and his trademark "ehhhhh" grunt will haunt you for the rest of your life. Fight On!

Now that you have dealt with my ramblings, enjoy oskisunbear's musings on the Stanford band!

Why The Stanford Band Is Worse Than The USC Band

It stands to reason that it may not actually be necessary to write this article. The loose amalgamation of students, alumni, and local hipsters that show up to perform as the group collectively known as the Leland Stanfurd Junior University Marching Band does not even deserve the title "band." The word "band" implies the group practices together, performs together, laughs together, and cries together. The Stanfurd band does none of those things, and produces a performance that is unrecognizable by anyone who has the misfortune of witnessing one of their "shows". 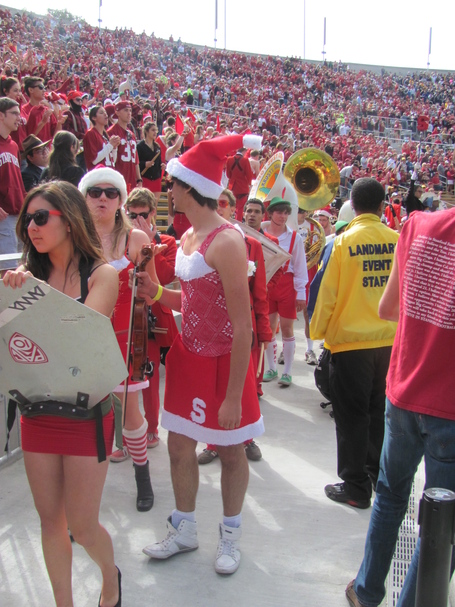 Look at the facts. Anyone who shows up on Saturday morning is welcomed into that day's performance. ANYONE. You need no affiliation to the school. There is no audition to check if you can even play your spoons or other ridiculous instrument. You just show up, and you're in. It's laughable. Every other college marching band in the country requires rehearsal, dedication, and spirit. College marching band is a bond that transcends the boundaries of any pre-affiliated group to create something totally unique. Stanfurd cannot claim to have that. They have a bunch of people who do nothing to be a cohesive unit. They don't have a marching band, they have a group that could be compared to 4 year olds playing soccer. 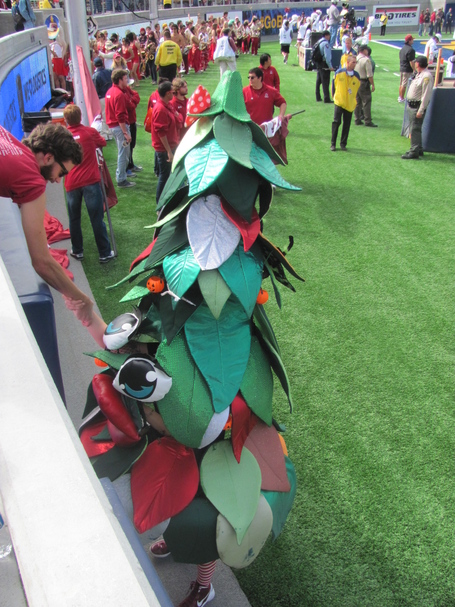 Then what happens once they get on the field? Oh right, they make fools of themselves. Not once during an actual show do they actually do anything that could even be considered "marching". Marching can be defined as, "To be arranged in an orderly fashion that suggests steady rhythmical progression." Nothing about their movements suggests rhythm or order. Nay, this group gets on the field, runs into a word which is unviewable to most of their audience, and considers a musical cacophony that sounds like hens clucking over an egg one of them hatched. Nothing on that field resembles a musical entity that performs with the purpose and precision that a marching band is supposed to entail. 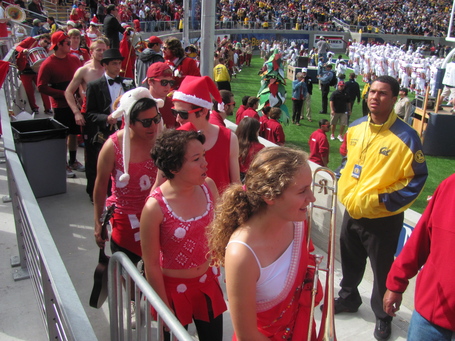 Finally, one must call into question their "show" as a whole. When you watch a traditional corps band show, geometric shapes float and twirl across the field with symmetry, style, and grace. With a grid based band, flows and shapes phase in and out of being as a six minutes cohesive show is put on for the audience. With the Stanfurd 4-year-olds, no eloquence of any type is observed. Three or four random songs are performed without any thought to the show as a whole. Any observer is left with mouth agape over what they've been forced to watch. Not a single person outside the band, and most within the group, can tell anyone else what they saw. If you watch a show performed by any other band, you generally can find the theme coursing through the event. This is no machine. This is an irreverent joke of a group that should be wiped out of existence. 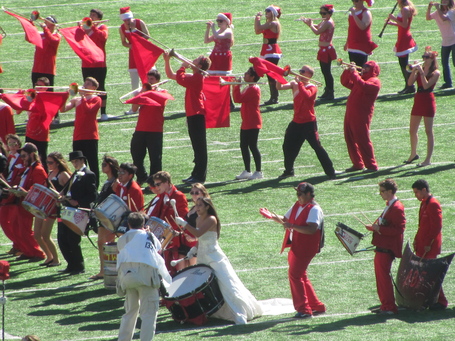 My colleague, Mr. Hook, may claim that the Trojan Marching Band is the worst out there. Yes, though I must agree they are the most arrogant, conceited, annoying band one has ever seen, at least they are indeed a band. The group rehearses, can actually play music and march in formation, and produces a show that is recognizable for their fans. They encompass the spirit of their school, and are not an embarrassment to the university. The Stanfurd 4-year-olds are no such thing. They are only one more black mark on the community suffering from affluenza on the peninsula. They do not deserve to be called a band, and should be banned from the face of the earth. Ladies and gentlemen of the Golden Blogs, I rest my case. 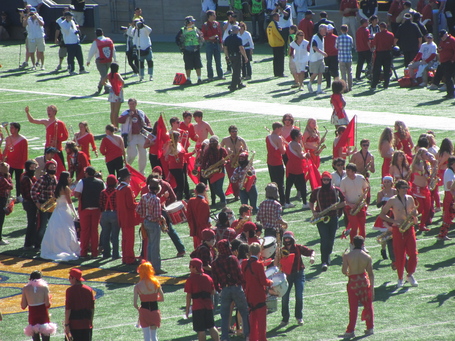