Announcing the winner of the 2014 CGB NCAA Tournament Pick 'em!

March Madness is but a distant memory, soon to be replaced in the basketball world by the NBA Playoffs...or the wait for the lottery...or hopelessness. Before that happens, however, let's look back on how we fared in the annual CGB March Madness tournament.

With a championship game featuring a 7 seed and an 8 seed, the tournament was particularly cruel to our brackets this year. In such trying times, however, we can look up to Zeke Stephens who triumphed as our overall winner: 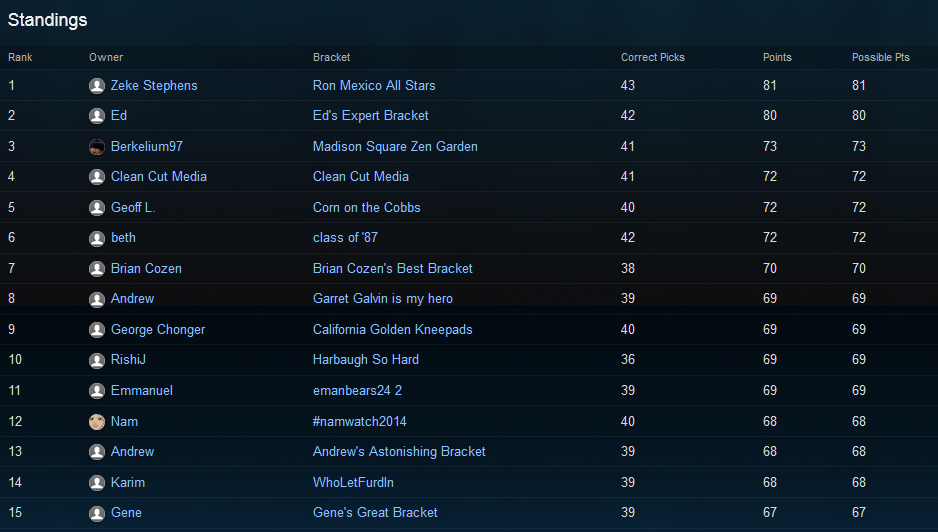 Zeke narrowly defeated Ed for the top spot. Despite not watching any non-Cal college basketball prior to the tournament, yours truly managed to finish third. Clean Cut Media and Geoff L. round out the top-5. We've included the rest of the top-15 so they can exercise their bragging rights. Other noteworthy accomplishments inculde:

Thanks for participating this year!