Rank the Cal victories this year from most to least impressive!

One win away from bowl contention. As we enter the bye week, how would you rank our performances in our four FBS wins?

Share All sharing options for: Rank the Cal victories this year from most to least impressive!

One win away from bowl contention. As we enter the bye week, how would you rank our performances in our four FBS wins?

1) Northwestern: Still our best performance of the season and set the tone for the rest of the year. If we lost this game, we're probably treading water and  everyone is openly speculating about Sonny's future come next season. Cal came out with an excellent game plan, then held on for dear life on the road. Offense, defense, special teams all had their moments.

2) Oregon State: Defense and running. All the purists must have been smiling.

Actually, I really loved this win because it was so decisive. The Bears overcame a bad game by their star quarterback and prevailed on the road by two touchdowns. Jared Goff had a bad start to the game, but finished strong and made some huge throws to lead Cal back. And the running game was dominant, just mashing away.

Outside of that late 21-0 run where Sean Mannion was wheeling and dealing because he's Sean Mannion and that's what I expect Sean Mannion to do, the Cal defense had their best performance of the season. They made huge stops early and sealed this one away. Forcing the Beavers to 3-11 on 3rd down, getting a crucial pick and then a crucial 4th down stop...all of those salted the game away. This unit is getting more confident by the week. I love it.

3) Colorado: Wonderful offense by the Bear Raid. Horrific defense, with one great play in the end there. The best part of this victory was showing that this team is not afraid of falling behind by double digits and having that comeback ability, which they would end up showcasing two weeks in a row. Jared Goff was sensational and the Bears shook off the horrific Arizona loss with a big-time performance. 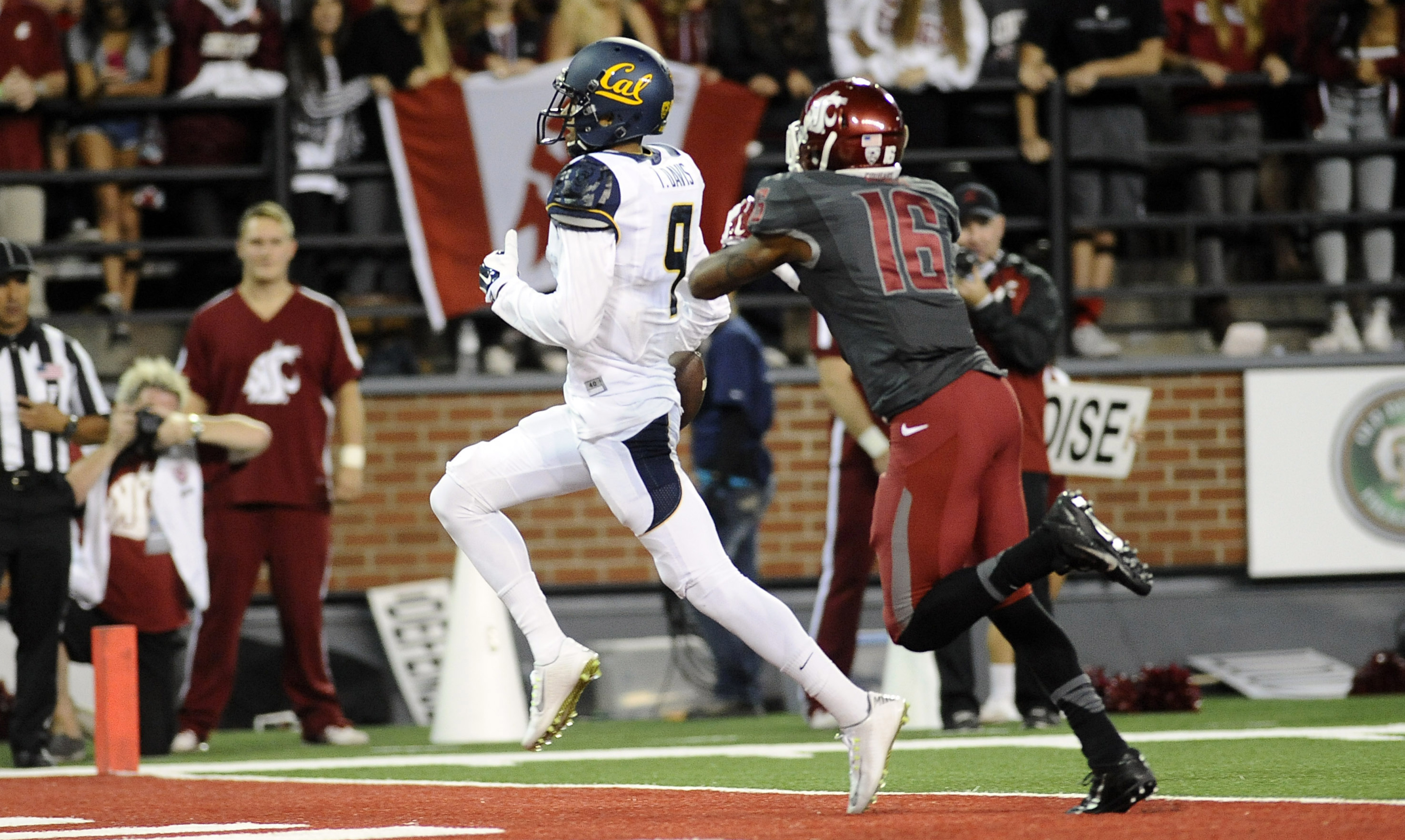 4) Washington State: Pretty much Colorado, except in 99.5% of the universes out there, we lose that game. Unfortunately for the Cougars, the football gods seem to exist solely for the sake of spiting the Palouse, and a 19 yard field goal was pushed wide.

(I'll take the win because it cancels out the Hill Mary, but honestly the Arizona win would be ranked #1 on this list if it was actually a win.)
boomtho: Northwestern was the best win, withstanding the rally and the drain of being near Fitz's douchiness to hold off the Wildcats. OSU was the second best win, with Cal clearly the better team for the majority of the game. I also liked the calm and determination the team showed to ice the team late. I think Colorado and Washington State were pretty equal - ridiculous offensive production but no defense to be seen.
TwistNHook: Great question. Tough call.  Let's go to the tape:
1.  NW:  I think that this one was the most important in the sense that it helped us believe this type of season was possible.  This was beating a reasonable decent FBS team on the road.  You can't just ignore that out of hand.  Yes, NW isn't exactly Alabama, but after last season I think the team needed to build confidence.  After last season, we just needed to get started on the right foot.  Otherwise, things could have spiraled out of controla gain.  It wasn't the prettiest win, but bottom line, we won.

2.  Oregon State:  OSU has owned Cal and Corvallis in particular has been a house of horrors.  Last time Cal won in Corvallis, the GOP had a majority in the Senate!  Who knows when we might see that again (this'll go up prior to Wednesday, right?).  Winning here helped put that in the past.  Plus, the passing O was a bit off in the game, but our running game showed up, which was huge.

3.  WSU:  So, when you give up the most passing yards ever, can you still win?  The answer is YUS!  This showed that Cal is an insane team with no reasonable ceiling when things can really get going.  And the defense is not good, but hey, let's focus on the positives.  Drunk P12 football at its best.

4.  Colorado:  This was a big win in the sense that it was much needed after the Arizona collapse, but I still put it last.  Colorado isn't very good.
Vlad Belo:
1.  Oregon State: I put this at the top because I think OSU is probably the best team we have beaten.  I loved the running game and the defense stepped up to make plays at the end.
2.  Northwestern: This was a good win and arguably the team's most complete performance in victory this season in all phases.  But I slip it a notch below the OSU win because we are, IMO, clearly a better a team now than we were on August 30.
3.  Washington State: Offense was unstoppable. Special teams (save for a blocked PAT) was very good. Defense...not so much.
4. Colorado: Cal played poorly for a good portion of this game.  But we hung in and got the win.