Cal Volleyball vs. Furd in the Big Spike Gamethread

One of the biggest match of the season for Cal Volleyball is also the Pac-12 opener. Can the Bears pull off a big upset over Furd to start out the season right? GO BEARS!

Share All sharing options for: Cal Volleyball vs. Furd in the Big Spike Gamethread

For some biased Furd coverage: KZSU will have the call 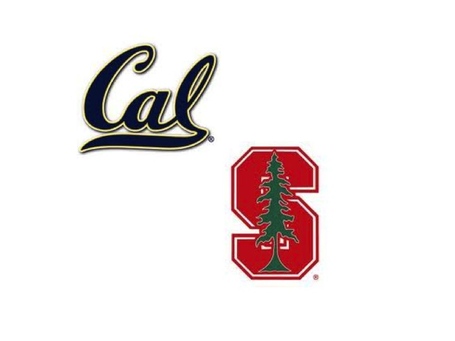 From the weekly gamenote:

Pac-12 Conference kick off for Cal Volleyball tonight against Bay Area rival Stanfurd. Bears are coming off two disappointing upset losses after starting the year off with 22 straight set victories. A win tonight over Furd would be a great way to start conference play.

Bears got away from their solid fundamentals displayed earlier in the season.

From the Daily Cal article on tonight's Big Spike:

"There was a little uneasy feeling as soon as (the Aggies) were starting to get ahead, and we went into sort of a panic mode," said senior Adrienne Gehan. "It just can't happen again, and I don't think it will happen against Stanford."

"I think maybe there was an air of overconfidence against Davis," said Feller. "Hopefully (the lack of fluid passing) was a bit of an anomaly and something we just didn't take care of when we should have."

Furd's two losses came from 4 set losses to national title contenders Florida and Texas early in the year. The Cardinal did have some issue with St. Mary's in their last match (a 4 set win).

The 7th ranked Furd are led by returning first team All-Americans in senior Carly Wopat. The offense is led by setter Madi Bugg with 5 players averaging 2+ kills per set.