The View From the Peanut Gallery at the NBA Draft

Share All sharing options for: The View From the Peanut Gallery at the NBA Draft

It's not clear to me why booing David Stern is the thing to do, but it just feels right.

Hi there, it's been a while. As it turns out, I was the only one around here with the time, inclination, and easy commuting time to the Barclays Center to go to the NBA Draft last week. If you didn't follow along the CGB Twitter feed last week during the draft (and seriously, why didn't you?) Twist and the gang though it might be fun to provide a more detailed synopsis of the night. After finding my seats, which ended up being much further away than those that I have for my Nets season tickets.

A glimpse at the arena setup pic.twitter.com/iVR2sYDGVL

I settled in and checked out what those around me thought, and...

Seriously, LENSANITY? But, well, ok. Sat around for a little while longer waiting for the draft to start, and when David Stern first came out...

And David Stern is out to a hardy round of boos. #NBADraft2013

Lost opportunity. Those Sixers fans in front of me somehow managed to grab a screencap of themselves along with my portly belly in a Brooklyn jersey and my beautiful right forearm, but I didn't think to ask them to send the picture my way until much later. Whoops. I have a made-for-television right forearm.

I think this was Victor Oladipo. I'm not going to go over the craziness that was the Anthony Bennett pick because that's been covered everywhere else ad nauseum, but suffice it to say that everyone else in the arena was just as surprised. Though the Sixers fan in front of me did yell out, ANTHONY BENNETT just before the pick was made. So maybe he wasn't surprised.

Does no one understand that you're supposed to make a pick when the timer hits zero #nbadraft pic.twitter.com/rqTuAu1hIx

One of the more frustrating things about attending a draft live in person (and this goes for the NFL draft as well, along with presumably any other draft covered on television) is that I'm not sure whether or not those stupid timer guidelines are actually enforced. What with all of the interviews and commercial breaks and the like, if the timing works out such that the time remaining for the pick expires right before or just as they're about to enter a commercial break, they just play the commercials and don't announce the pick until after they come back. Which leads to significant amounts of wasted time.

HEY IT'S THE BROOKLYNIGHT BONUS EXTRA PICTURE FROM A WHILE AGO 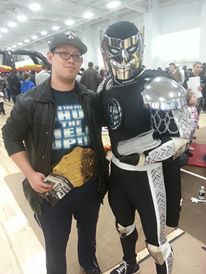 Some of the more ridiculous moments during the draft were that Shabazz Muhammad introduction (what?), Kelly Olynyk's hair, and especially Lucas Nogueira's hair. Not to be racist (racism alert!) but dude looked like he had no idea someone was about to take his picture. Do they not have cameras in Brazil?

Later on near the end of the draft (around the 2:25 mark in the YouTube video above as people began to thin out, well, the Commish let us know that he noticed the difference.

Fyi, I'm the one leading the boos to Stern's right now #nbadraft

So I took up the slack. Odd thing to be proud of, I suppose. But shortly thereafter...

I missed all of that weird drama with Crabbe being picked and where he was going to. Had no idea he was going to the Blazers, mostly because of fun NBA rules like the Ted Stepien rule which make it so that trades end up being agreed to but not officially announced under after picks are made. Also I was busy reading about this trade which also was not officially announced.

Before the last pick of the first round (and the last pick by Stern), there was that nice little commentary by the NBA TV guys who said they were sure that we were booing in jest (uh, maybe?) and that we'd give Stern a standing ovation for his last pick. I dunno. I didn't. Just seemed more fun that way.

As you might also expect, right after the first round there was a mass exodus of people, not unlike what happens on day 2 of the NFL draft after round 2.

It looks like a Miami Marlins game broke out #nbadraft pic.twitter.com/SOAVczI8pw

Luckily that led to...

Whew just announced everyone can move to the lower level! pic.twitter.com/aITJ9W9Tze

Just got handed a free draft tshirt. Seems about right for sitting through this slog #nbadraft pic.twitter.com/GZDdnOlO65

and then as the second round continued its interminable slog

And a long day's journey into night comes to an end #nbadraft pic.twitter.com/PV9yXIKVOe

I just hope booing Adam Silver next year is as fun.