Following the steps of a handful of Cal's best players of the past couple decades, Jabari Bird is looking forward to maintaining his Bay Area roots by playing for the Bears.

The dude who proudly claims "Vallejo/Richmond" on his Twitter bio will play his college ball just a few steps down the road in Berkeley. It’s hardly the first time Cal has landed a big-time basketball recruit—Jason Kidd, Shareef Abdur-Rahim and Leon Powe all preceded him as McDonald’s selections who signed with the Golden Bears—but Bird knows it’s been a long minute since one of the area’s many homegrown stars stuck around for college. "I think I’m the first since Leon Powe to stay at home and rep for the Bay," he says. "I feel like a lot of the top players from the Bay Area go away for college, and I just really wanted to change the trend."

For Bird, it goes even deeper than civic pride. "My dad went there, so I’m kind of following in his footsteps," he says of his father, Carl Bird, who was the Golden Bears’ co-MVP in 1976. "I like staying close to home so my friends and family can see me, and I feel like my style of play really fits well with their system."

Local ties and family connections aside, of course, it’s got to be a good fit on the court. Bird will join a talented Cal squad that won 21 games this season, earned the No. 2 seed in the Pac-12 tourney and played Syracuse tough before falling in the second round of the NCAA Tournament. All-American wing Allen Crabbe and his 18.4 ppg are gone to the NBA Draft, but most of the rest of the roster should be back and Bird looks more than capable of filling the Crabbe-sized hole in the Bears’ lineup.

At 6-6 and 190 pounds, Bird is a threat from either wing spot, alternating a potent mid-range game with a knack for filling lanes on the break and, in his words, "making highlights." He says his biggest challenge is not getting complacent defensively—"at times I’m kind of lazy out there, taking possessions off," he admits—but he’s confident he can rid himself of that habit. "I’m always competing with myself," he says. "It’s just a question of me going out and doing what I have to do."

If he does, Bird will have a chance to continue Cal’s resurgence under coach Mike Montgomery. "I feel like we have the type of team next year, we can kind of go in and surprise some people," he says. "I’m looking forward to seeing what we can do." 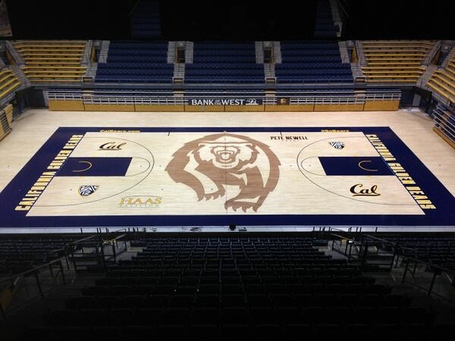