Cal Men's Basketball: What do you think of the new uniforms?

So after the football/ rebrand event, Cal Basketball got their own reveal. So what did you think about the new uniforms?

Share All sharing options for: Cal Men's Basketball: What do you think of the new uniforms?

Ohio Bear: Unlike many, I do not have a problem with the new font. And though I will miss the Block C on the shorts, I don't mind the new Bear logo being on the shorts instead. The biggest problem I have with the uniform is the choice of gold lettering/numbering for the white home jerseys. I have never thought gold lettering/numbering works with white uniforms. It makes the numbers difficult to see (especially if you are watching on TV) and it just doesn't look as good. The white uniform would look much better with blue letters/numbers.

That said, I like the blue road uniforms. They look sharp, IMO.

TheScientist019: I'm going to echo some of my thoughts from the re-branding debut (and I know all of you remember what I said!). Overall, the uniforms look nice. I kinda like the dots even. But my big question is how effective this is at unifying our look across sports. Yes, the text "California" on the chest is the same font that we'll use for player names and numbers, but it's a little weird to me that we use that font as our primary logo on the basketball jerseys, but the script Cal on the football uniforms. I don't think your casual fan will link these jerseys to the football font; it would be nice for both of these prominent, identifying logos to be the script Cal/California. I think the watermark bear logo is a nice touch and serves as a great start at unifying our look if we have that across all sports, but it might be so faint that we won't be able to see it when the players are in action even on the HDiest of TVs. 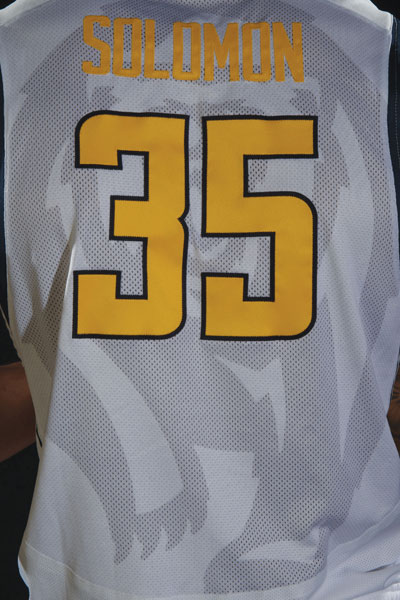 atomsareenough: "Unlike many", apparently, I'll pretty much echo Ohio Bear's sentiments precisely. I don't mind the font either. Bear logo on the shorts is fine with me as well. Don't like gold on white for the reasons he stated. Love the blue uniforms too, especially the gold rings around the back of the arm holes (though it should've gone all the way around, in my opinion). I will add couple things, though. First off, where's the gold uniform?? Why only blue and white? Also, while the "ventilation holes" may be cutting-edge and honestly helpful for the athletes to perform their best, the way they look as colored dots along the sides of the uniform makes it seem like they're there to call attention to how cutting-edge Nike is, and not really there to make the Cal uniform look better. I suppose that's a minor complaint in the scheme of things, though.

BlueandGold15: I'm lukewarm on these - the Bear in the background seems to be mimicking what a lot of schools are doing in their uniform redesigns (think Duke or UNC here), and that is "in", I guess. The part that I'm not feeling is the dots down the side, which are partly for "performance reasons", and partly to work/keep grey in our color scheme, but just feel odd and out of place overall. But, that's just me grumbling - I don't particularly love the new football unis, either. I think I'm just having a hard time getting used to them, since we're so close to the unveiling and haven't actually seen them in action yet. Still, as always, it matters very little what we wear, if we happen to win in them - and for that reason, I'm still calm, despite my lukewarmness. 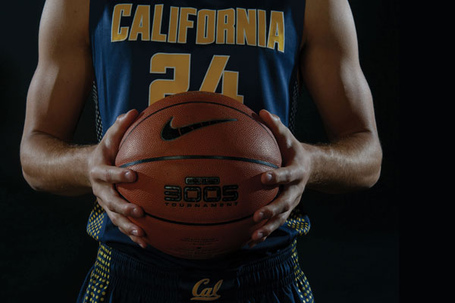 Ragnarok: Well, they got all the important parts right. Blue. Gold. California spelled out somewhere. There's a bear on there too, which I always appreciate. I think they're fine. I don't love them, but I don't see anything to hate about them either -- nothing garish or offensive or obviously omitted. I don't think they look particularly "classic", which means they'll probably look dated in 10 years, but that's not a big deal for right now.

Now, as a fan, would I buy one of these jerseys to wear to games or around town? I'd have to love it to get over what will probably be a pretty steep price tag, and I have to say, as much as I love my Bears, I don't love these unis that much.

Unclesam22: Agreed with pretty much everything Ragnarok said. The uniforms aren't amazing but they could have been a lot worse, so I'm glad they aren't urban camo or something ridiculous like that. And since most people won't even see them close up beyond these few posts, I'm not sure that the release of the basketball unis has as much pop as the football ones. But they're fine and better than the Bears playing naked, so there is definitely that too.