Golden Nuggets: Jack Clark Reflects on the 2013 Season, Looks Ahead to the Future of PAC Rugby

Jack Clark discusses the team's experiences with the Varsity Cup and the PAC Rugby Conference. He also looks ahead to what the future should hold for both leagues.

Share All sharing options for: Golden Nuggets: Jack Clark Reflects on the 2013 Season, Looks Ahead to the Future of PAC Rugby

With the 15s season in the books, Jack Clark looks back on last week's championship game during an interview with CalBears.com.

Let's go right to the Varsity Cup final and work backwards. It was hosted by BYU in Provo on South Field. Wasn't that always an advantage too insurmountable to overcome?

"Yes and no. We almost won, so insurmountable, no. An advantage? Of course. The Varsity Cup universities had intended the final to be played at Rio Tinto Stadium close to Salt Lake City, but we had a scheduling conflict with Major League Soccer. Before the scheduling conflict arose we were in partnership discussions with Rio Tinto and they have the capabilities to bring lots of added value beyond the facility itself. We also wanted the Utah market. It is a mature rugby market and of the size where a college rugby championship can actually take center stage. Therefore, the right decision for the Varsity Cup was to move the venue to the BYU campus and the decision proved to be the correct call. All the teams were pleased with the quality of the event. No doubt it was always going to be harder on whoever played BYU in the final, but still the best option for what we're building with the Varsity Cup."

It was a close and exciting match, with Cal scoring three tries to BYU's two before losing on a last-second drop goal. What are your thoughts about the match itself?

"Not our best match, when our best match was needed. BYU is now back-to-back defending national champions for a reason: they're very good. I think our plan was good, but it didn't account for how physically strong BYU was at the breakdown. We just couldn't get into the rhythm we needed. Anytime we did, we asked hard questions of them, but we didn't get into that landscape often enough. Their halfbacks really controlled the game. They are both experienced players and they showed their abilities throughout the match. And hey, we had our chances. Several excellent try-scoring opportunities went wanting. Even getting outplayed in key areas of the match, we could have won. But we'll tip our hat to the Cougars as champions of 2013 and live to fight another day."

Coach Clark also spoke about the team's experiences in the inaugural season of the PAC Rugby Conference.

Can you recap the PAC Rugby Conference experience?

"It mirrored the Varsity Cup in many ways. For us, PAC Rugby is the regular season to the Varsity Cup postseason. It is nothing if not logical for the Pac-12 member universities to play in a rugby competition. We have some good teams in PAC Rugby. We think the competition helps us grow our rugby programs. Among other things, PAC Rugby helps us bring fans and media exposure to our rugby. We can still play the local non-PAC Rugby teams like Saint Mary's and our traditional rivals like UBC, so it's the best of all worlds. Again, I see PAC Rugby as an investment of our resources. I know for a fact that what we were doing in the previous regular-season competitions were not investments. We were paying to play, working through a schedule of less-than-attractive matches which led to USA Rugby playoffs. With PAC Rugby our regular-season budgets are similar but we are leveraging the PAC Rugby Conference to better build our programs. My only regret is that it took us this long to figure out the way forward."

Will the PAC Rugby Conference expand beyond the founding six teams?

"Yes, I hope so, but again, these are collective PAC Rugby decisions. Utah has gotten on the other side of some team disciplinary issues, so they will be an important PAC Rugby participant. They are an excellent team. I think some teams see PAC Rugby as a destination they need to work towards, which is true. However, it's PAC Rugby inclusion which helps teams build their rugby. In this regard, the egg does come before the chicken. There are a couple other Pac-12 teams that should put their hands up. PAC Rugby affiliation would assist them getting from where they are to where they want to be. If the conference doesn't expand, so be it. A six-team conference together with what else we have going on creates a full regular season."

Fortunately the season is not yet over. Cal will compete at the CRC 7s in a few weeks. 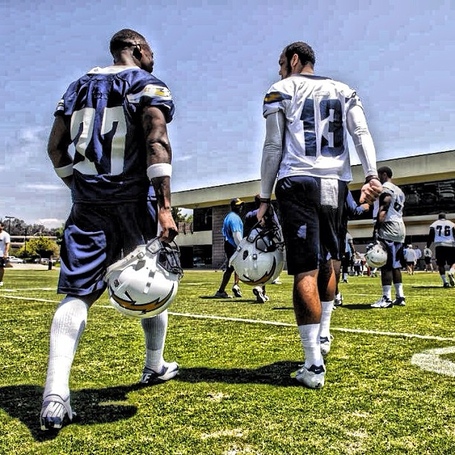