Let's take a look at all the regions of the bracket and see who the favorites are moving forward!

It's that time again. I know you've been waiting all year for the California Golden Blogs Hall of Fame vote to kick off and now here it is! Thanks to everyone that nominated and rec'd in the nominations thread, as I think we had the most ever. So kudos to you!

A brief word about our process: We sorted everything by recs, assigning the top seeds to those with the most recs and then so on down. We definitely had enough for a 64 person field, so we narrowed it down and then placed them all in respective regions. We've got a great bracket this year with some household names and some other names you might not be at all familiar with. So consider this not only a fun way to pass the time, but educational as well!

We'll run 4 match-ups each weekend and the voting will open as soon as the post goes up and close the following Friday at noon. Obviously the winner will move on to the next round and then we'll do it all over again until we get 4 winners who will be inducted into our Hall of Fame. We'll also have one last chance vote to round out the 2013 inductees.

Now, with all of that out of the way, here's what you came for. The Bracket revealed right here now! You can see how everything is placed and what the road to glory looks like for your favorite Cal personality. Make your predictions and see if you can guess what the major upsets are going to be in the comments below.

Here is the Brick Mueller Region: 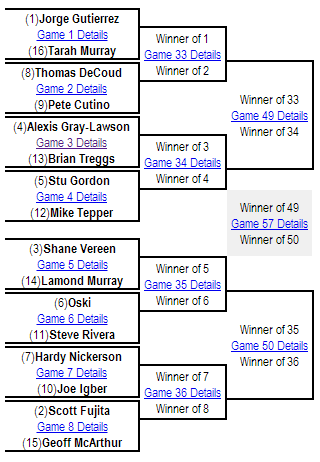 Jorge is a strong #1 seed here, but Scott Fujita, he of the recent NY Times Op-Ed piece, will definitely present a stiff challenge. Another interesting wild card here is Oski, so it will be fun to see how he does. But honestly, I'd have to say that anyone other than Jorge or Fujita coming out of this region would be a huge upset.

Here's a look at the Pappy Waldorf Region: 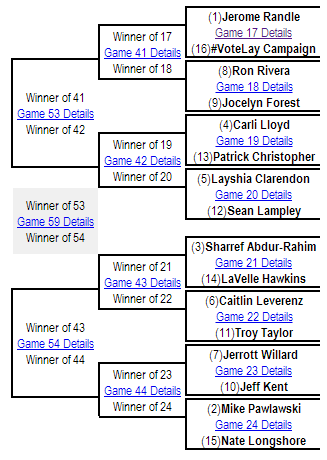 Couple of interesting things going on here. Firstly is the 1/16 matchup which features fan favorite Jerome Randle facing off against CGB's own #VoteLay Campaign, which sparked the #LayshiaFacts run that led to Layshia Clarendon's victory in the Lowe's Senior Class vote. If both #VoteLay and Layshia make it to the third round, they'd face off against each other...AWKWARD! My personal favorite Troy Taylor gets a tough draw and that all QB matchup of Pawlawski vs. Longshore is kinda cool. Honestly, I have no idea what is going to happen in this region.

Here's a look at the Joe Kapp Region: 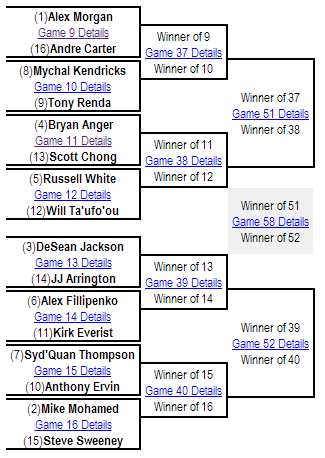 Alex Morgan is a really strong #1 seed here, but as we saw last year, upsets can and do happen! Keep an eye on Blogger Throwdown Champion Scott Chong as the 13 seed here, as I think he might make a move. We also have non-athlete favorite Alex Fillipenko here, and a lot of fan-favorite football players as well. This one could go a lot of different ways.

And finally, here is a look at the Pete Newell Region: 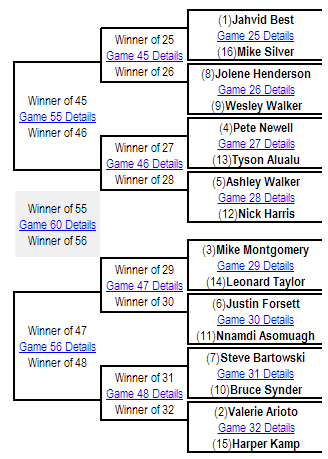 Jahvid Best is the #1 overall seed in the entire tourney and has to be considered the favorite to move on here. But Pete Newell could push him, Mike Montgomery is intriguing, and Bruce Synder made a deep run last year. We've also got some great softball players here too, so this region could get interesting. And if you recall, Joe Kapp won his own region last year, so maybe Pete Newell can do the same this year.

So there you have it. The whole bracket, region by region, available for your enjoyment. Who do you see moving on and where do you see giant upsets looming?