Will you be watching ESPN's coverage of the 2013 NFL Draft? Talk about the first round here as it happens!

The 2013 NFL Draft begins tonight, in prime time, at the Radio City Music Hall in New York City. Unlike the past few years when the number one overall pick was a certainty by the time the draft began, there is some intrigue this year. As of today, it was uncertain whom the Kansas City Chiefs would select with the # 1 overall pick. The only real certainty was that, for the first time since 2008 (Jake Long, OT, Michigan) the selection would not be a quarterback. For weeks, the conventional wisdom was that Texas A&M offensive tackle Luke Joeckel would be the Chiefs' selection with the top pick. But late word out of Kansas City is that another offensive tackle -- Luke Fisher from Central Michigan -- will instead be the pick. But wait, there's more!

The decision on which player the Kansas City Chiefs will pick at No. 1 has been made, with general manager John Dorsey telling ESPN that he and coach Andy Reid are in 100 percent agreement.

That assumes they don't trade the pick as three or four teams inquired about the selection Wednesday, and Dorsey told ESPN the plan is for the Chiefs to keep their decision secret -- even after they're on the clock -- to give other teams one more opportunity to offer a trade for the No. 1 overall pick.

Unless a trade materializes, there's a growing sense that left tackle Eric Fisher could be the pick over Luke Joeckel in what would be a mild surprise.

Meanwhile, the Chiefs are continuing a dialogue with the Miami Dolphins about trading their franchised left tackle Branden Albert -- but Dorsey told ESPN that the team is not letting Albert's status deter them from taking the best player on their board.

Other than the identity of the number one overall selection, there are plenty of storylines to watch for in tonight's first round. For example, whom will be the first quarterback taken and which team will take him? West Virginia's Geno Smith is a good bet and there is even speculation that the Cleveland Browns' new regime might take him with the sixth overall selection despite the Browns drafting 2012 starter Brandon Weeden in the first round last year. Or will Syracuse's Ryan Nassib be the first quarterback selected, perhaps by the Buffalo Bills at the eighth spot?

Then for us Cal fans, there is the question of whether we will see a Cal player taken tonight. The only realistic possibility is WR Keenan Allen, whom some projections still have going late in the first round. Earlier, Berkelium97 gave us a Cal-centric NFL Draft preview with a handy dandy primer on which Bears might be drafted and where:

(Ed. note by Ohio Bear: Steve Williams in the 4th to 6th round? It's a friggin' steal!)

One more thing to watch for tonight. Among the prospects likely to go in the top 15 picks are North Carolina guard Jonathan Cooper and Missouri defensive tackle Sheldon Richardson. Because this is how my mind works, I am hoping that NFL Commissioner Roger Goodell confuses these two guys and announces "SHELDON COOPER" as a team's first round selection. 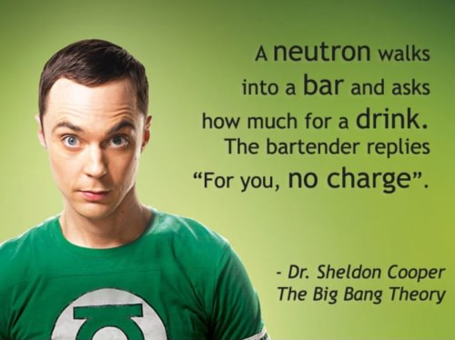 This is your open thread for the NFL draft coverage on ESPN. Enjoy the first round. And here's hoping we see Keenan Allen go off the board before tonight is finished.