And now the thrilling conclusion to the Cal-SMC Rugby match from Saturday!

When we left off,Cal was down 21-6 at half against the hated Gaels of Saint Mary's. For a team that normally obliterates its foes by dozens and dozens of points, being down at half was probably an unanticipated reality. Fortunately, Cal is not the type of team to just roll over at the first sign of adversity. They've come back before and they were ready to do it again!

The second half was pretty much all Cal all the time. Cal held SMC to 10 points, while scoring 36 in the half. Sadly, all that action happened at the east end zone, away from where I was. So, I wasn't able to get any great shots of Cal scoring against SMC.

Also, I can't tell you exactly why the flood gates opened in the 2nd half for Cal. Perhaps Cal had better depth? Better endurance? SMC played super hard in the first half against the big bad Golden Bears and wore itself out? No clue.

All I know is that it was a good half. Here are some photos. You can right click open in new tab on them to make them bigger. 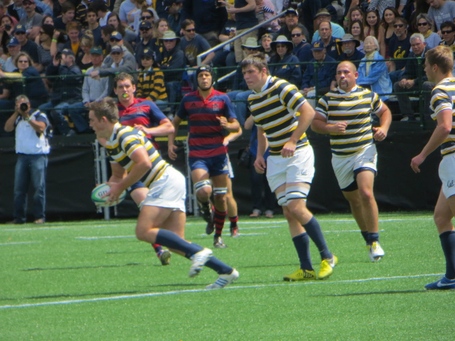 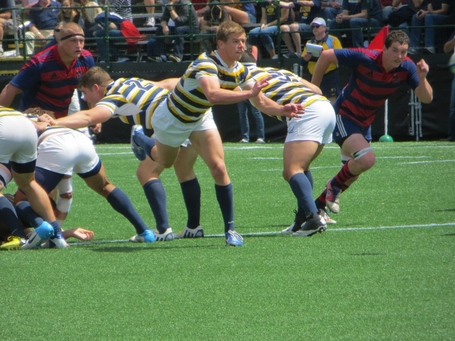 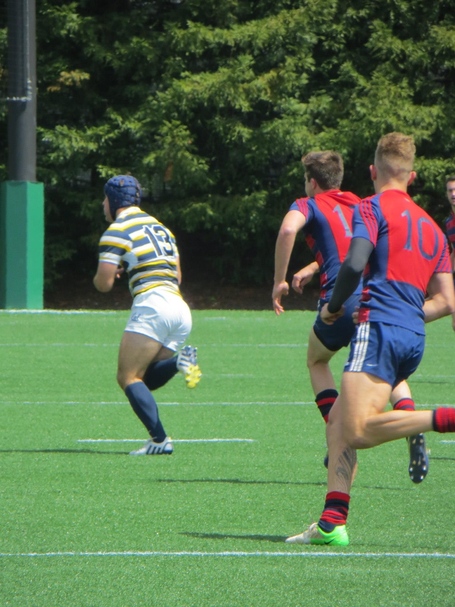 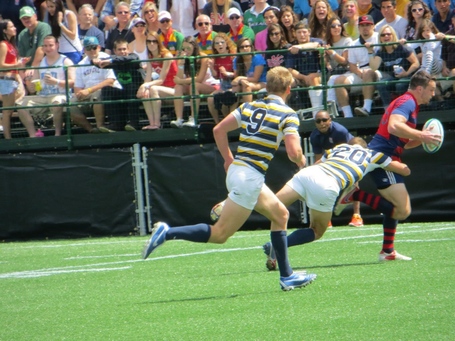 The Cal crowd was able to get into it more in the 2nd half. I paid particular attention to the second team, which, presumably, knew the rules. If they were clapping, then, I figured something good had happened. If the SMC partisans in the south stands were going wactacular, then it was B-A-D. This was especially helpful for play occurring across the field from me. 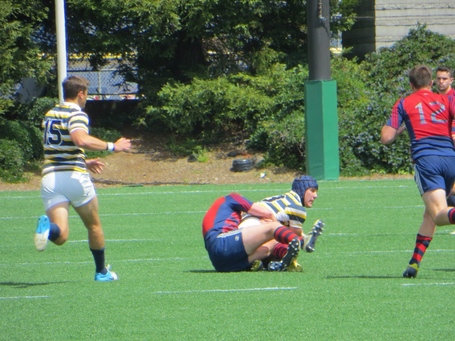 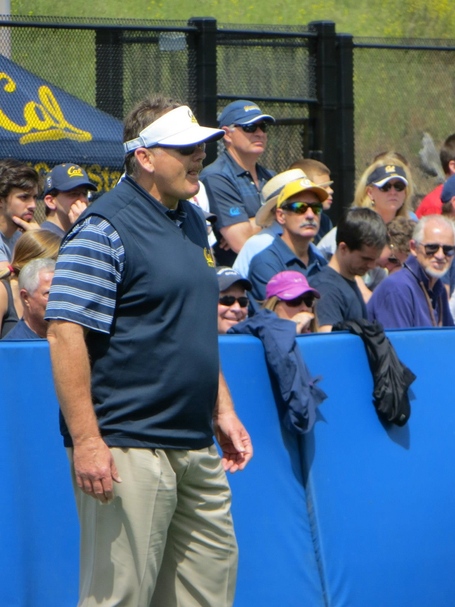 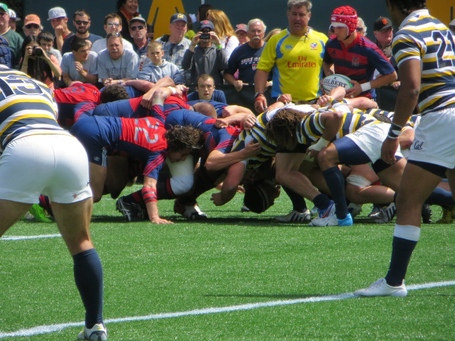 Even though the time reads 0:00 here, it actually isn't the end of the game. 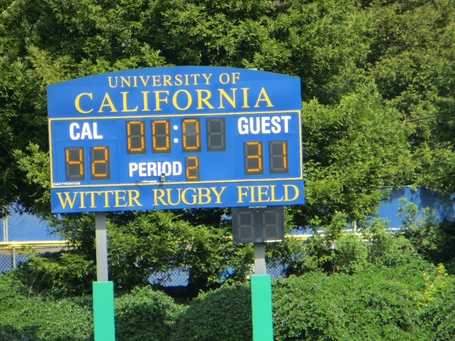 The game continues under the play stops. I've even see Cal score a try after the clock has ticked to zero. Of course, if the play continues until the play stops and Cal is up by more than 1 score, then the game is basically over. Even if SMC scores, it wouldn't be enough. But they didn't. SO, WHO CARES??? CAL WINS AND IT IS THE GOEST OF THE BEARS! 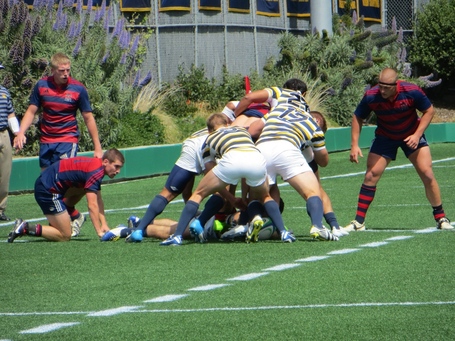 After the game ended, the two teams came together to exhibit class and dignity in the form of handshakes and hugs. 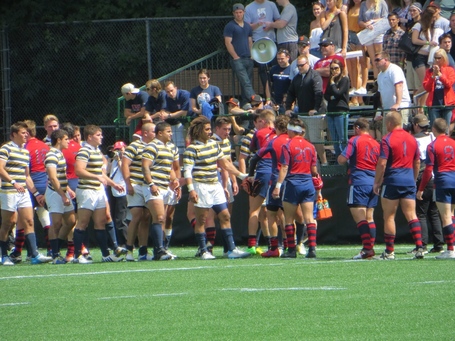 The SMC team went over to its fans, who cheered it on. The Cal team made a slow lap around the field, clapping for its fans. Mutual appreciation society! 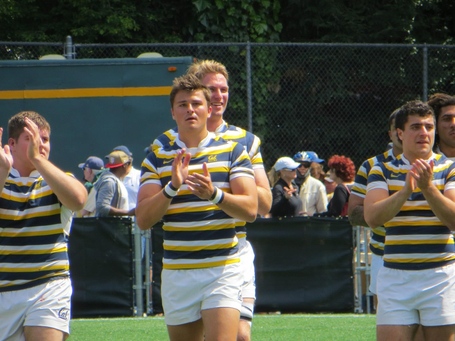 This gentleman had a bloody nose. I felt even less masculine than normal in seeing him. 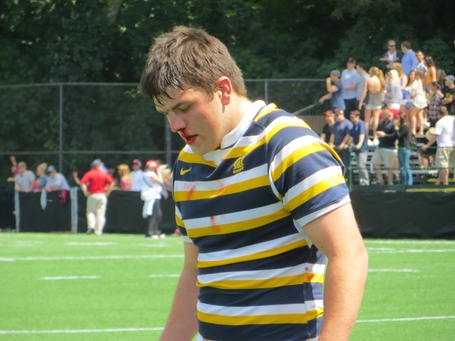 And this guy had facial hair that just didn't quit! THIS IS THE HIGH QUALITY RUGBY ANALYSIS YOU'VE COME TO EXPECT FROM CGB! 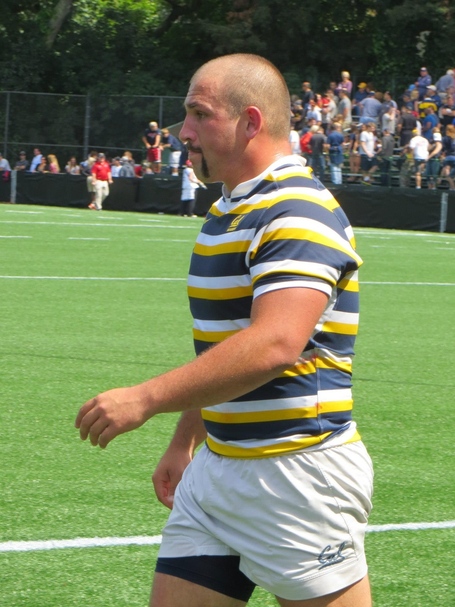 That was the last home game of the season. Cal takes on Notre Dame and then heads to the playoffs. Good luck for the rest of the season and GO BEARS!