Who's going where? What's changed?

ot off the presses, it's the California 2-deep, adjusted for spring practice!

Before you read too much into it, here are some words of caution from those who sent it along - the media relations department: "Attached is the 2013 Cal Football Post-Spring Two-Deep. This is our current two-deep as of today, but I wouldn’t go as far as saying this is our two-deep heading into training camp next August because as you know lots can change. Whenever we issue an update [we'll] certainly distribute it."

Of course, that won't stop us from speculating anyway. Without further ado, here it is! 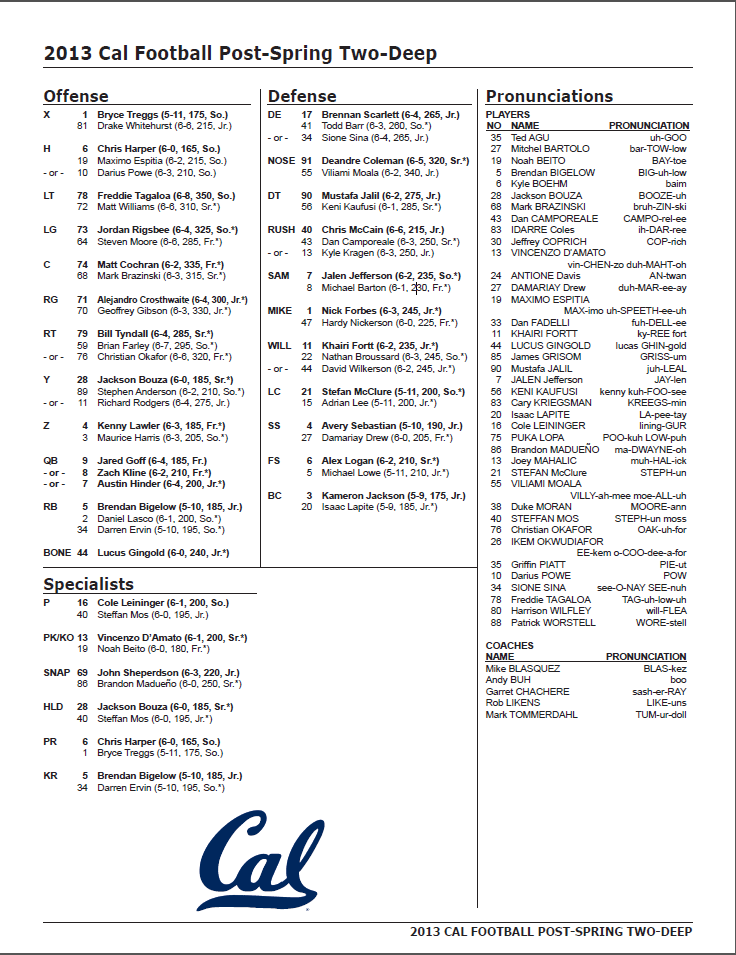 -Bigelow is listed as the starting running back, which surprises absolutely no one.

-McCain and Brennan Scarlett lead - as of now - for the defensive end spots. That gives good hope for the fall, because the line looked plenty good with Kyle Kragen and Todd Barr there already.

-Richard Rodgers remains behind Jackson Bouza, but could make a charge once fall camp begins.

-The Bears are really, really deep at backer - deep enough to have seven viable candidates for what should be six slots.

-Chris Adcock is not listed, for reasons unknown.

-Alex Logan is on track to start over Michael Lowe, despite missing most of spring practice.

What did you notice? What are your thoughts? Sound off!