Blahblahblahblah, uniforms. What else happened at the press conference?

Share All sharing options for: #UnifyTheBears - A Photo Essay

I was lucky enough to be in attendance at the unveiling, and Twist asked me to write a little bit about the experience, as well as to share some of the pictures I took on my crappy phone camera. [Also, why can't we get better Wi-Fi in the field club? I had trouble connecting all day.]

Full album is here, but I've reposted a few of the more important pictures below.

Like all things at Cal, the presser didn't start on time - we waited til about 12:15 before actually starting. As I understand it, we were having some trouble with the livestream, but with Cal fans threatening a meltdown on the internet, we finally got underway.

Sandy Barbour opened and talked a bit about the vision behind the project. There were a lot of marketing buzz words, but the essence of what they talked about was this - Cal has had a bit of an image problem, as you can see below. 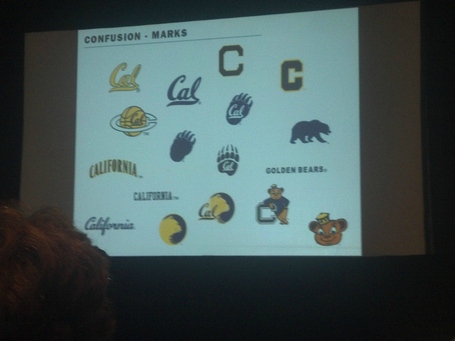 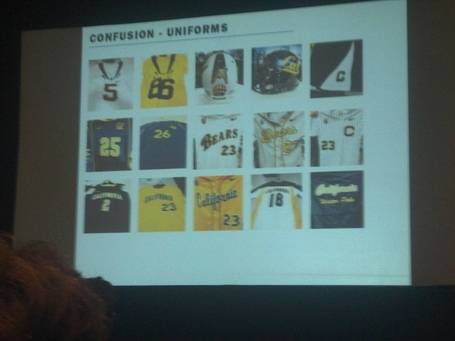 Those are a smattering of the logos and uniforms we currently use, and it's easy to see why there would be confusion to the general public about the difference between Cal, California, Berkeley - and so on.

To solve that issue, we've introduced a font type, numbering and secondary logo that will be consistent across all sports now. As Sandy explained it, the new uniforms and this press conference are part of a larger vision for Cal Athletics - one in which there is more brand unity and recognition.

It should be noted that new doesn't mean abandoning everything old. We're still keeping the script Cal. That will remain the iconic way of representing the university, as well as its athletics. [It is, after all, still on our helmets.] The rest of this new stuff, though, you can expect to see across all sports, as well as the Bear. 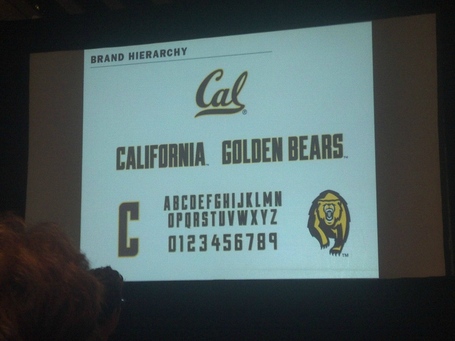 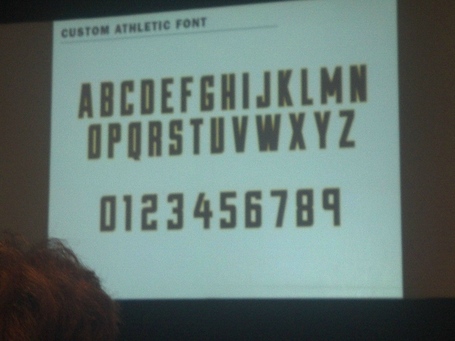 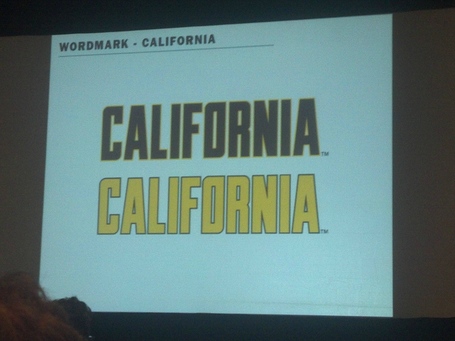 Grey is also one of our alternate colors now. 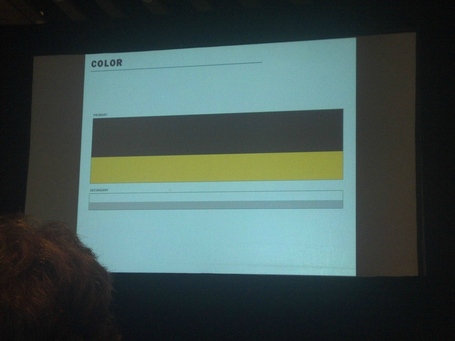 Here's a look at those fonts and numbers in execution for women's basketball. 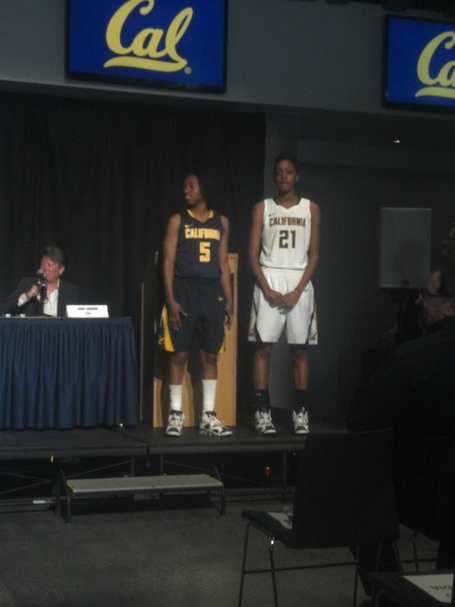 And by comparison, here are some pictures of the same vision applied to football. The idea is that they're supposed to be more cohesive as an overall look. I'll let you be the judge of whether or not it works. 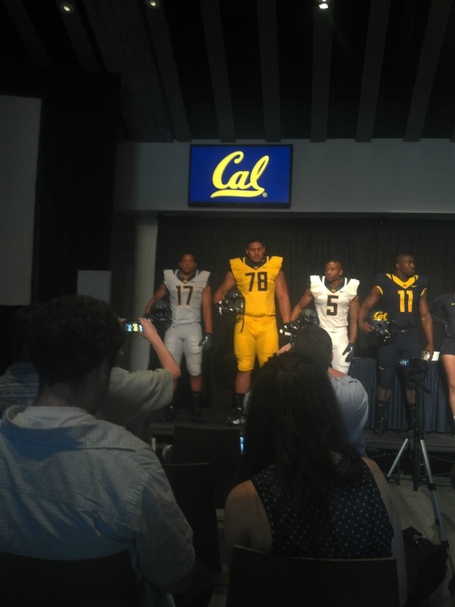 A closer look at the grey. Apologies again for the fuzziness. My phone is a potato. 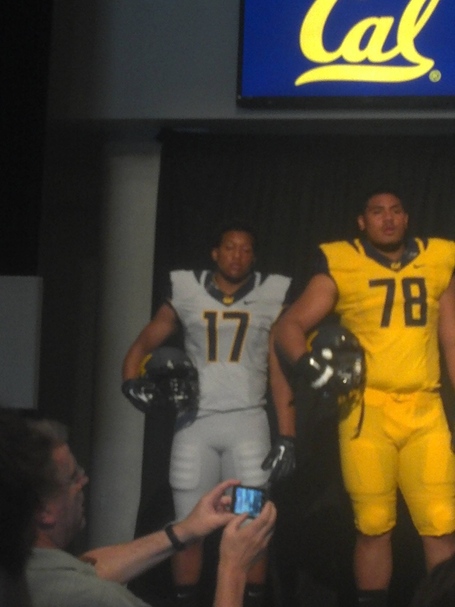 You know by now about the matte finish on the helmets, but there's one cool touch you may have missed, and it's only visible up close... 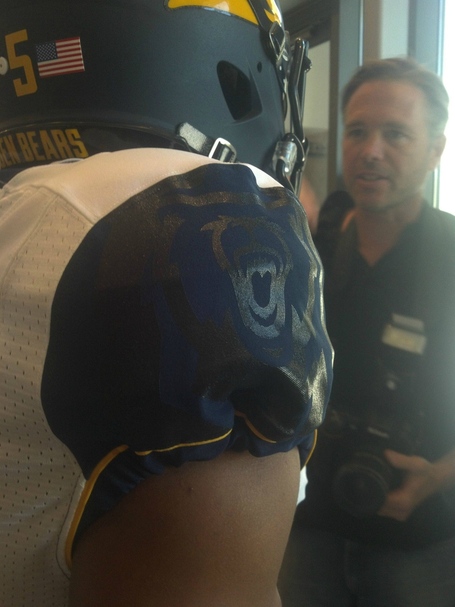 The new bear mark is also hidden inside the numbers, too. Cool little detail. Sonny has said he plans to wear gold and blue at home, and white and blue on the road. Grey is likely going to be a change of pace look.

That about wrapped it up - the day was mostly some talk about design philosophy, and then pictures. I didn't stick around to ask questions.

Overall, whether or not you like the new uniforms - and I'm lukewarm on them - it's part of a re-imagined vision for Cal Athletics as a whole. There is no denying that some consistency was needed, and for better or for worse, this was their try at doing so.

Still, fresh duds are only one part of the equation. Winning - and winning consistently - is another.