It was a good scene in Berkland last night. Almost 6,000 Cal fans showed up to check out all the action! They had a mini fanfest going on at Goldman Plaza prior to the Spring Game. And they had a meet the players on the field afterwards. I didn't actually to the meet the players thing, because I wanted to get to a place of TVs to watch the Cal-Syracuse game.

So, I don't have photos of that. But, above, there are some photos of all the game action (which SBN appears to have delightfully uploaded in reverse order, so yay?). Except for the Marshawn stuff, which I've placed below for your viewing pleasure: 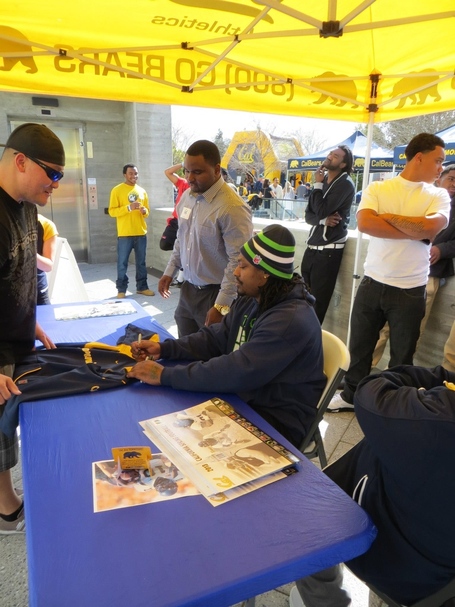 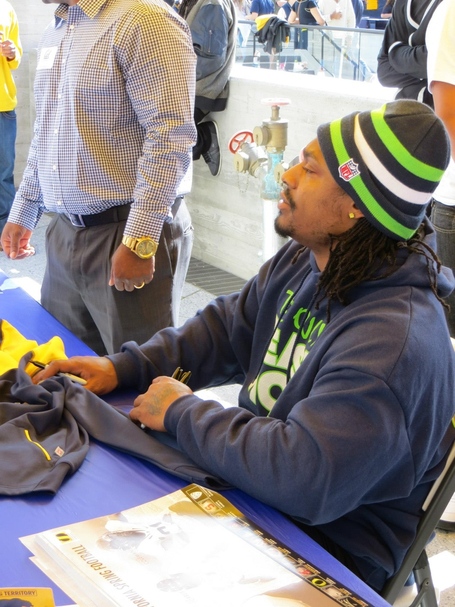 Marshawn running in the TD! Remember you can make any photo larger by opening it in a new tab. 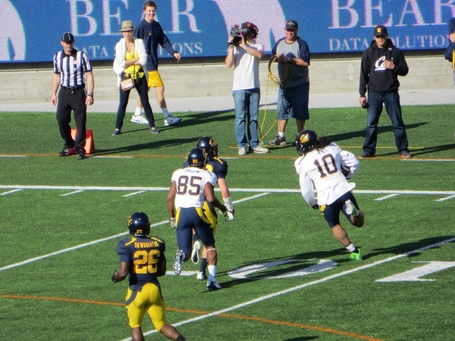 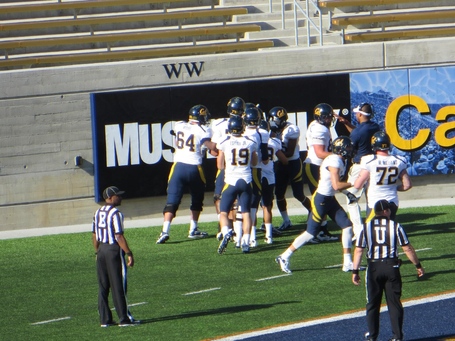 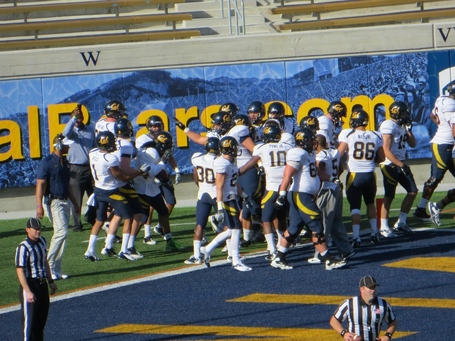 Then, he said "Thanks" (I presume) to Coach Dykes. 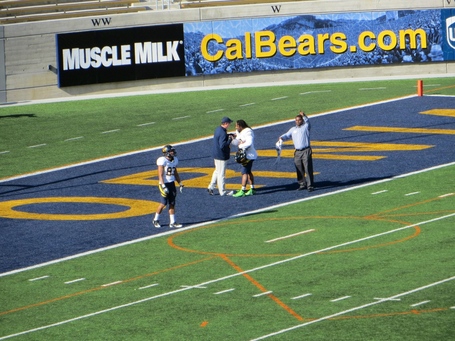 And waved goodbye to his adoring fan. 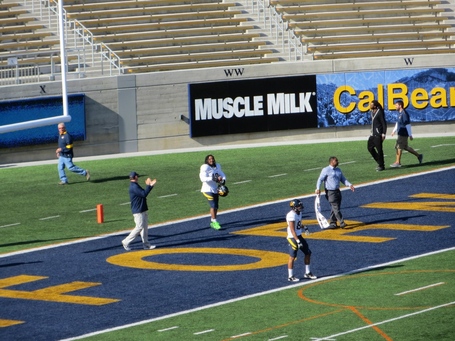 The place went crazy when they realized that Marshawn was in the game. And when he scored the TD. And when he waved to us. Given my handle, I think you can presume my view on the whole thing. TWISTNHOOK!

Enjoy the photos and GO BEARS!