IN WHICH I STEAL NAM'S SHTICK!

I crossed another sport off of my list by going to Cal men's soccer last week. I was there with Golden Oso, CalBear81, and NorCalNick. Plus, other non-blog people who probably live more emotionally fulfilling lives than ours.

Normally, when I do these photo essays, I like to try to weave a narrative. However, I really don't know soccer. At all. I have made and will continue to make a significant amount of jokes about how boring it is. And it is. But the bottom line is I can't necessarily provide a lot of insight, because I just don't know. Cal seemed to outplay Coastal Carolina, but they only scored 1 goal. They ended up with more shots and had more opportunities, but it was just that one goal.

I have a bunch of photos here and valued reader CalBear81 has a bunch of YouTube videos. Between the photos and the videos, it's like you were there! Unless you were. In which case, GO BEARS! 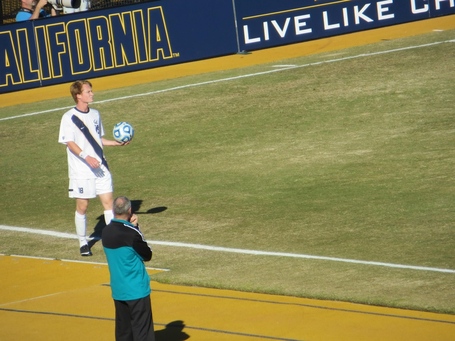 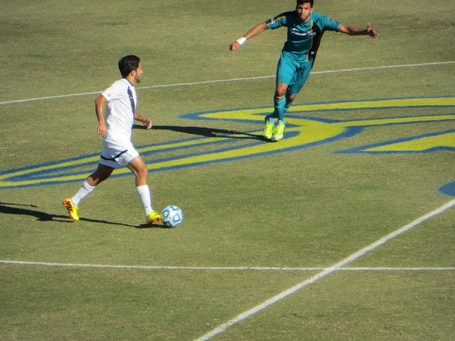 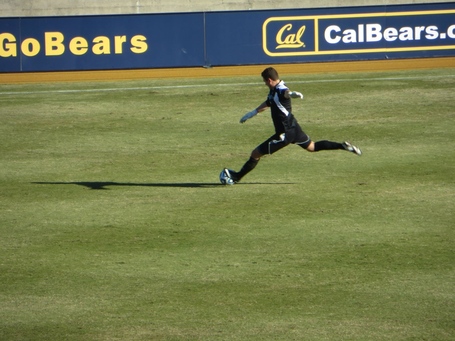 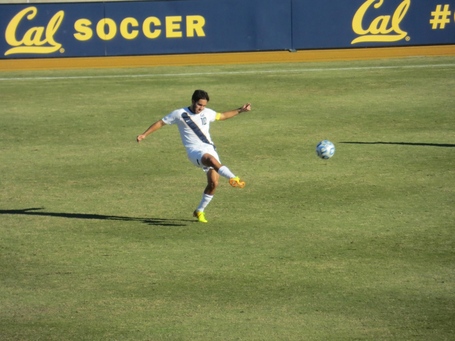 This guy led some cheers. The atmosphere was pretty nice. Fairly packed crowd. Marching band in attendance. Fans were really to go ballistic, but since Cal only scored 1 goal, there weren't tons of opportunities to go crazy. When Cal would get a shot on goal, the fans would get ready to explode...but hey. You can see that in the videos (which show a lot of the shots on goal).

Here are some photos/videos/GIFs of the goal!

After the game ended, the players all shook hands and then the Cal players came over and did a "GO" and "BEARS" back and forth with the fans. Lots of excitement.

I do not know what's going on here!

GO BEARS! The next game is against Maryland and it is this Saturday at 1:30 PM. I foolishly made lunch plans a week or so ago and may not be able to go. ARGGHHH!!! Hope you can make it out. GO BEARS! BEAT THE TERPS!