Golden Nuggets: Who's favored in the Cal-WSU game?

Who's gonna win in the contest for Pac-12 North basement?

Share All sharing options for: Golden Nuggets: Who's favored in the Cal-WSU game?

Finally, the first evenly-matched game of 2013 for Cal. (How does it feel to know we're seen as equals with the Cougs?!) This means means the pundits have no idea who's gonna win.

Athlon Sports has four writers predicting the winner and the largest margin of victory was 8 points for the Golden Bears. They also have a preview of the game, which has this disheartening fact:

Cal is leading the league in plays at a ridiculous 95.0 snaps per game on offense. Washington State is third in the league with 349 offensive snaps in 2013. Yet, both offenses have struggled to score relative to the rest of the Pac-12 - they rank 10th and 11th in scoring offense.

The emphasis is mine because hooooooly poop that's not so good. Can we blame it on the tough defenses we've played?

Gemmell: The Bears, though not wanting for talent, are in a bad spot defensively. Washington State's offense has been hit and miss, but when it hits, it hits hard. The Bears should be able to score some points, but Washington State's defense has kept it in games most of the year. That should be the case again in this teacher-versus-student showdown of Mike Leach and Sonny Dykes. Washington State 42, California 31.

Miller: I wonder how the Cal defense might have looked with DE Brennan Scarlett, DT Mustafa Jalil and SS Avery Sebastian in every game this year? That's three A-list starters out of action, and CB Kameron Jackson (ankle) is questionable. The Cougars are better on defense, so in a battle of pass-happy teams, that's where this one turns. (It also would have been easier to pick an upset if not for a sudden QB controversy). Washington State 38, California 35.

Hunter Hewitt gives us an update on the Vegas line:

Cal is a 1.5 point underdog against Washington State on Saturday. Over/under for total score set at 66 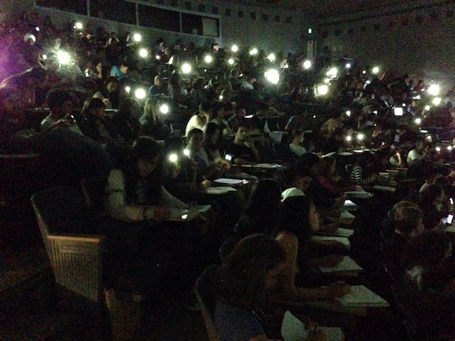