Cal tries to break a four-game losing streak and get its first Pac-12 win in more than a year today against Oregon State. Of course, we are rooting for Cal victory. But today, we root with heavy hearts.

Today's pregame open thread will be unlike any other. Usually, I give you some blah blah blah about the game and link you to the always informative previews done by norcalnick about the opposing defense and by Berkelium97 about the opposing offense. Their stuff this week is good as always and you should give it a read if you want insight into what the Bears are up against tonight against the Beavers. SPOILER ALERT: It is a tough assignment for our Golden Bears tonight.

This pregame open thread does not follow the same formula because we at CGB are in mourning over the loss of a member of our community. In case you had not heard, Bryan Harland (a.k.a. CalBandGreat), a true Cal fan and wonderful person, passed away suddenly and unexpectedly on Thursday. Earlier today, goldenoso did a Fanpost in remembrance of Bryan and CGB has its own tribute to Bryan in the works that you will see very soon. Nonetheless, I thought it appropriate to dedicate this pregame open thread to Bryan because if you knew him at all, you knew that Bryan was the king of pregame tailgating. 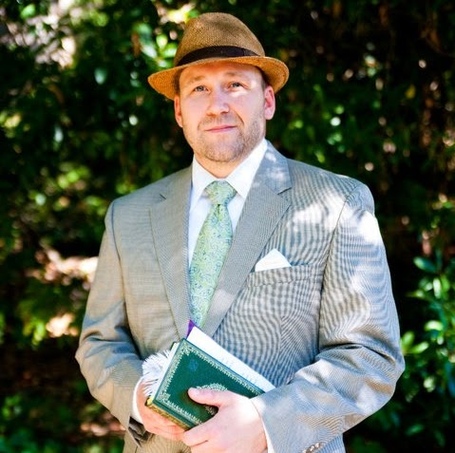 I did not know Bryan very well. I knew him mostly from interactions with him on this blog and had the pleasure of meeting him when he hosted a Cal tailgate when Cal played Ohio State in Columbus last year. The CGB gathering for dinner following the game that day was a memorable time and Bryan was a big part of that. From what I know of Bryan, he will be missed greatly--by his beautiful fiancee, his family, his huge number of friends, and his fellow Cal fans on this blog. I know I will miss him on this blog and will long regret not making it to a home game to enjoy one of Bryan's "Cal Drink Squad" tailgates.

Today, Cal is playing Oregon State in a football game, a game that the Cal football team and its fans would love to win. But for many of us here at CGB, we will be thinking of something more than a game.

We will miss you CalBandGreat. Go Bears!