A Reprieve from the Horrors of USC Football? A Q & A with Shotgun Spratling on USC Basketball

Cal takes on USC to finish its Pac-12 opening LA roadtrip. To learn a bit more about the USC basketball team, we talked with Shotgun Spratling, a USC Graduate Journalist. Thanks to Mr. Spratling for his time and answers to our varied questions, and as always, Go Bears!

Share All sharing options for: A Reprieve from the Horrors of USC Football? A Q & A with Shotgun Spratling on USC Basketball

1. USC was obviously very short-handed last season, so their struggles we're quite understandable throughout the season. This season, however, Kevin O'Neill has seen an influx of talent due to players returning from injuries and some key transfers. Expectations we're fairly high. However, the Trojans have struggled in non-conference play. What has gone wrong?

Several things have gone wrong, but the team just hasn't jelled the way it was expected. Last year, Kevin O'Neill had a limited rotation, but that meant everyone knew exactly what their role was. This year, it's almost as if O'Neill has too many talented players...not too much talent, which is obvious from the win-loss record, but too many players with some talent. Every game the bench rotation is different. I doubt all the players know exactly what their role is supposed to be and some that know what O'Neill wants from them as bench contributors have yet to accept that role.

The Trojans have also been notoriously slow starters this season, struggle shooting from outside and can go long stretches where they're unable to buy a bucket. Jio Fontan still has yet to return to the level he was playing at before he tore his ACL during a summer exhibition trip to Brazil that caused him to miss all last season. I asked O'Neill if his team could win when Fontan has an off night and his answer was a direct and resounding, "No. Can't."

2. What would have to happen for USC basketball to achieve a respectable popularity similar (if not equaling) the treatment USC Football gets?

It would take multiple national championship runs or for the football program to completely fall off the map. USC is undoubtedly a football school, but when the basketball team has been good (particularly in the O.J. Mayo season), the fans have rallied behind the team.

3. Other than the recent victory over Dayton, the non-conference schedule has obviously been a disappointment. How many conference games do you realistically expect USC to be able to win this season?

The non-conference schedule was disappointing, but it was also a very tough schedule and there were signs that this team can compete with top 25 teams. The Trojans rallied from 19 down against San Diego State, played tough in The Pit at New Mexico State, battled back after an early deficit against Minnesota and fell to Marquette at the end of the game, but they didn't close any of those games strong.

USC enters conference play as the only Pac-12 team with a losing record, but unlike last year, it will have a chance in every game. If the team comes together and plays O'Neill's trademark tough defense, the Trojans has the potential to finish in the top half of the conference. However, considering the team hasn't shown any indications, especially in the last three weeks, of coming together, this team could quickly become the league punching bag for the second year in a row. 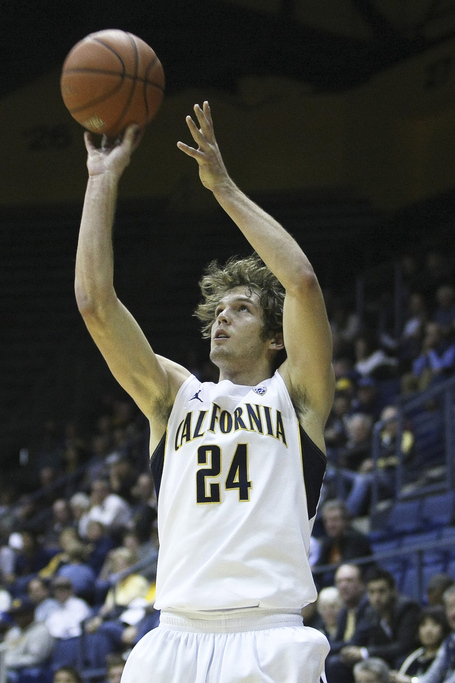 An able-bodied Ricky Kreklow would go a long way towards solving Cal's depth issues at wing. If he is healthy, quality minutes from Kreklow could be the difference in Cal's game against USC.

4. Does the success of the LA Clippers (in addition to the success and popularity of the Lakers) help or hurt USC basketball?

I don't think it has much baring on USC. Clippers and Lakers players occasionally show up at the Galen Center to catch a game, but I haven't heard of having the Staples Center just up the street being a huge draw for any recruits.

5. What USC player on offense should Cal fans know about heading into the game?

USC goes as Jio Fontan goes. If the redshirt senior point guard is able to get into the lane and facilitate, the USC offense opens up. If not, the offense can quickly bog down into a perimeter pass-a-thon. Eric Wise is the Trojans most consistent scorer. A tweener that moved to the #3 when shooting guard JT Terrell was demoted from the starting lineup, Wise has been using his size advantage to shoot over guards and O'Neill has tried to get Wise the ball in the post more the last couple of games.

6. What USC player on defense should Cal fans know about heading into the game?

USC has three 7-footers and O'Neill has been more willing to play athletic 7-foot-1 Dewayne Dedmon and 7-foot-2 monster Omar Oraby recently. When the two are in the game together, every shot near the rim is contested. Oraby, who set the Rice school record for blocks last season, uses his bulk to battle while Dedmon does a great job coming from the weak side to block shots. He set a career-high with six blocks against UC Riverside earlier this month. Both players are currently ranked in the top five in the Pac-12 for blocks.

7. What does USC have to do to be successful in this game?

The Trojans need to play O'Neill defense and work the ball through Oraby and Dedmon on the block and have the 7-footers facilitate when they get double teamed. USC also has to have good shot selection. Terrell has been much maligned for his horrendous shot selection this season. The top junior college recruit in the nation last year, Terrell has been a huge disappointment so far. When he flashes his potential, points quickly go on the board, but those moments have been few and far between. He's shooting only 29.2 percent from the field and constantly tries to shoot over defenders off the dribble. If the Trojans can get him some open looks early, USC can be a dangerous team.