What a difference a month makes. Just a short while ago, the Bears looked to be finding their groove after winning the Anaheim Classic. Meanwhile, the Bruins were clearly reeling from player defections and chemistry issues that culminated in a bewildering home loss to Cal Poly.

In terms of actual impact, losing Tyler Lamb meant losing their best perimeter defender and valuable depth on the wing. But the biggest loss was the departure of center Joshua Smith. Unfortunately for Mr. Smith, his apparent hunger for...well, everything outweighed his love for the game.

We'll pause with a brief moment of silence now we'll no longer be able to make Josh-Smith-could-be-harpooned jokes every time we write about UCLA. 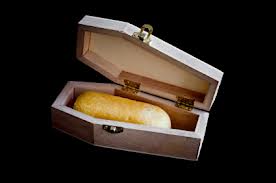 But instead of letting the wheels fall off completely, UCLA rallied to go 6-1 including an overtime upset win over Missouri to put the feather on a five game winning streak. It's our Bears who seem to have lost their way en route to a 2-4 December and an embarrassing stumble against Harvard.

Bolstered by one of the top recruiting classes in the country, the Bruins were a trendy preseason pick to win the conference. Early struggles aside, they still have a formidable trio of true frosh blue-chippers running alongside the ageless Wear twins and North Carolina transfer Larry Drew, part deux. It's an athletic and talented lineup which seems far better suited for an uptempo game than the classic Howland grind-it-out approach. Scoring hasn't been a problem during their winning streak as they've averaging over 90 points per game over the past four games as the conference's top offense. It's been inconsistencies on defense, particularly with regards to denying dribble penetration and covering the pick and roll which has been a persistent issue. Whether it's inexperience or just plain disinterest, the Bruins also give up the most points per game in the league.

Unfortunately, Cal's bigs haven't shown themselves to be a reliable threat at finishing in the paint nor has our offense shown any semblance of the crisp ball movement which has picked apart the Bruins over the past two years.

For both squads, it's the cliched question of which team is going to show up.

Larry Drew II is a transfer from North Carolina. He's not much of a shooter, but he's adept at penetrating to find open guys. 8.6 assists per game is good for second in the nation. He also has a reputation for being a bit of a hot-head. I would have loved to have seen Jorge lock him down just to see the ensuing sparks. Uber-frosh Shabazz Muhammad has played himself into shape and is showing why many pundits had him listed as the nation's top recruit. He has a complete offensive game with the ability to drive, post, and pull-up. Known for his high basketball IQ and instincts, he shoots a high percentage (50% FG, 48% 3FG) and uses his length to good effect on the offensive glass. When he's at his best, he's a relentless attacker and high energy player. Fellow frosh Jordan Adams is another prolific scorer who is their deadliest outside threat. More than just a 3-point bomber, he also leads the team in free throw attempts and makes. Kyle Anderson doesn't score nearly as much as his freshman running mates because he's a poor shooter and lacks the same degree of elite athleticism. But since moving to the four spot from the wing, he's proven to be their best rebounder as well as a clever passer. The Wear twins aren't exactly popular with Bruins fans. They're sort of a poor man's version of the Plumlee's minus the physicality and toughness. On the other hand, they do possess a diverse offensive game and are far out-producing our front court.

Keys to the Game:

Much of UCLA's recent success has come from pushing the ball in transition. Although he's no Kevin Love, Kyle Anderson is a willing and skilled outlet passer. And Larry Drew is very good at getting the ball to Muhammed and Adams in the open court. They've even turned their sieve-like defense into a strength by running right after taking the ball out of their own net. Our guys have been less than stellar this year about sprinting back to get into good defensive position. Too often, we'll waste time sulking over a missed shot or turnover and then jog back. It's a really bad habit that is incredibly frustrating to watch. Against the Bruins, a lack of defensive hustle could get us blown out.

We know that the main event will be Cobbs/Crabbe versus Muhammed/Adams. Odds are these two duos will cancel each other out. Frankly, if Cobbs/Crabbe get shut down, we know we're done. We've been begging for a reliable third scorer or at least some type of production out of our bigs. Will Solo or Kravish finally have a coming out party? Will Ty Wallace be ready to go head to head the more heralded Bruin freshmen? Will this game feature the return of Kreklow? Let's put it this way: if the Wear twins dominate this game, not only will I cry tears of bitter shame, we'll have a two-game losing streak.

Classic Mike Montgomery teams are fundamentally sound. Solid positioning on defense. Good box-outs on the glass. Clockwork execution in the half court. With their length and athleticism, these Bruins are built to run and jump. However, their youth makes them susceptible to defensive breakdowns. Assuming that Howland doesn't help us by reigning in his thoroughbreds, we simply can't give up easy baskets off of turnovers and offensive boards. Yes, I realize I write this for every preview. I'm tired of it, too. Offensively, we can't rely on Cobbs/Crabbe isolation sets or going two on five. Better ball movement especially with regards to entry passes is essential. Even if we don't score out of the post, getting the ball inside sets up our guards for curls, swings, and kick outs. Right now, we need to regain trust that running the offense will produce better scoring opportunities than pull-up jump shots.

No, I'm not talking about Mr. Wooden. Let's see some collective heart. Jorge Gutierrez isn't coming through that door. Harper Kamp isn't lacing them up tonight. It's time for this team to show sustained focus and effort. Forget about postseason implications and conference standings. Let's see guys stop hanging their heads and play with some confidence and pride.