Another fun day at Memorial. Is there any other kind? Yes, Cal didn't obliterate Southern Utah until the 4th quarter. There will be tons of time to break down why that happened (or, more accurately, didn't happen).

But for me, right now, I'm less focused on football and MUCH MORE FOCUSED on waffle chicken sandwiches! 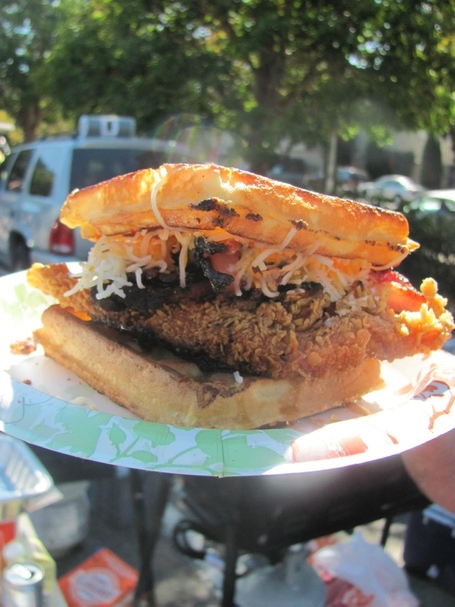 The BEST kind of sandwich! Some shots of the Cal-SUU game after the jump. GO BEARS!

The QB was pretty good at eluding tackle, I felt. Even when Cal would get pressure on him, he could get the ball away quickly. 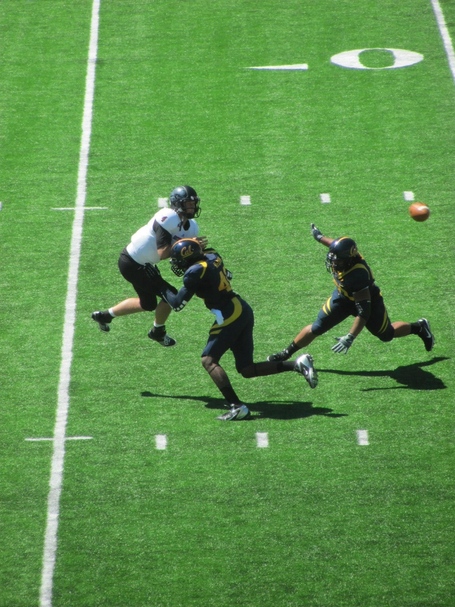 I didn't quite catch what the question here was, so I presume Cal was asking its fan how much money London wasted on the 2012 Olympics. And none of the answers were even REMOTELY close to being correct. 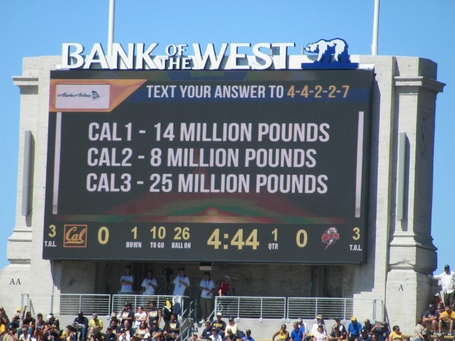 Here is Chris Harper realizing that his amazing TD play was being called back for not one, BUT TWO, penalties! Triple le sigh. 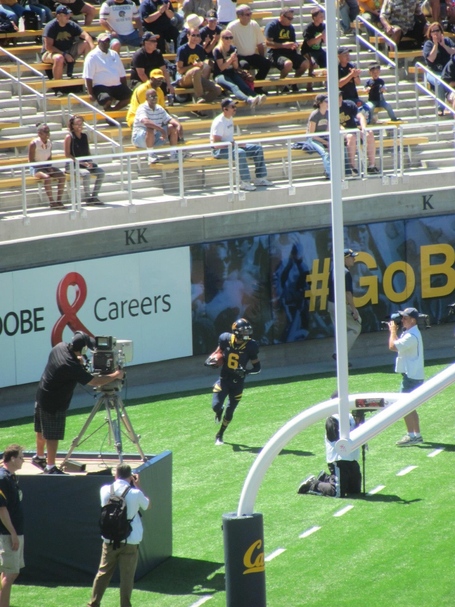 SUU scored first and heading into the 2nd quarter, they were up 3-0. Given that Cal gave 2 free tickets to almost every season ticket holder for this game, I had collected many and handed out about 15ish to friends. Many of these friends were not only not Cal fans, but had not even been to a football game before. I was hoping they'd get an exciting, thrilling afternoon of explosive offense, crushing defense, and mostly adequate special teams.

This was, unfortunately, not the game to invite them to. I still hope they had a fun time! 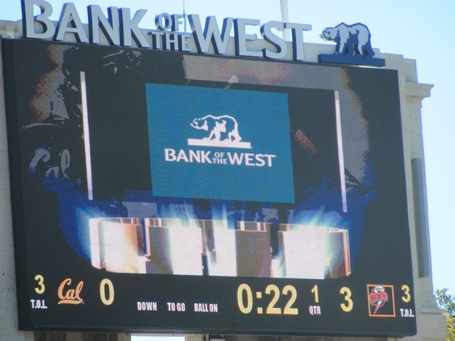 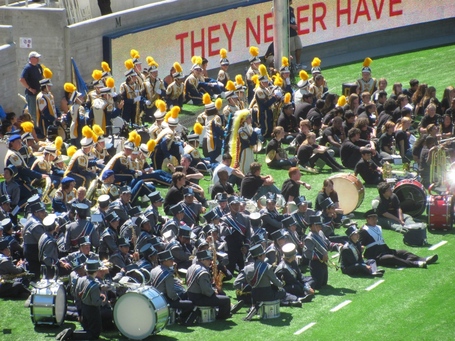 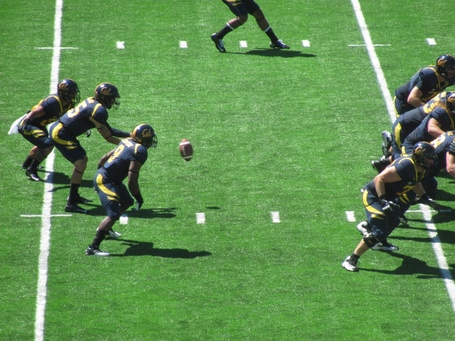 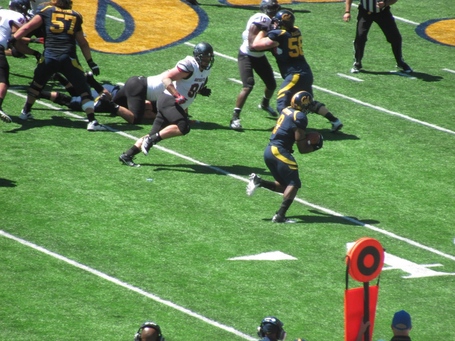 I don't remember them doing a Halftime Preview in the past (although I may have missed it against Nevada). 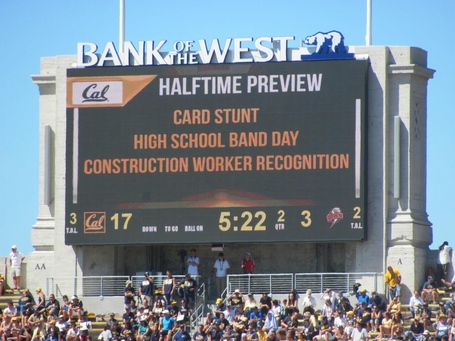 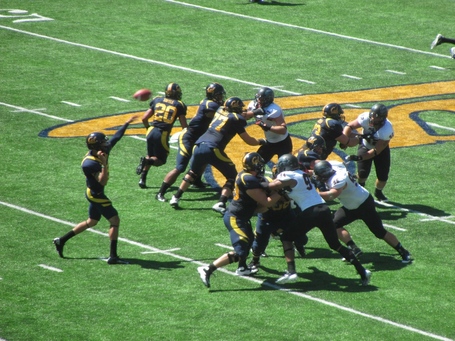 Soon, it was time for the halftime show. First, the Cal band came out to play Call Me Maybe. 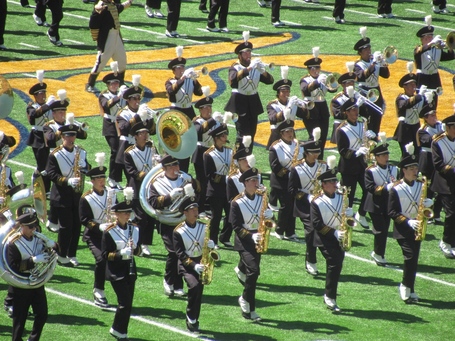 They created a phone, which had a spinning circle in the middle. 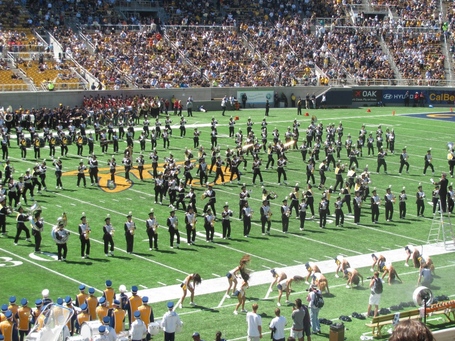 Then, all the high school bands came out and they all jointly played a 80s rock anthem, whose name I am totally blanking on right now. 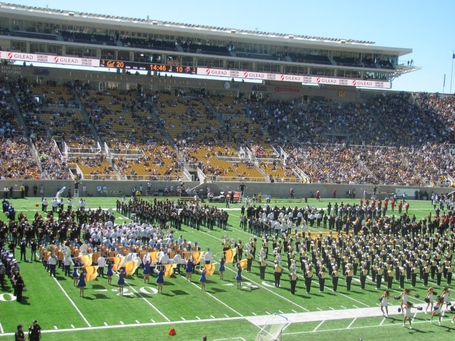 But soon it was time for the players to come back out and warm up for the 2nd half. 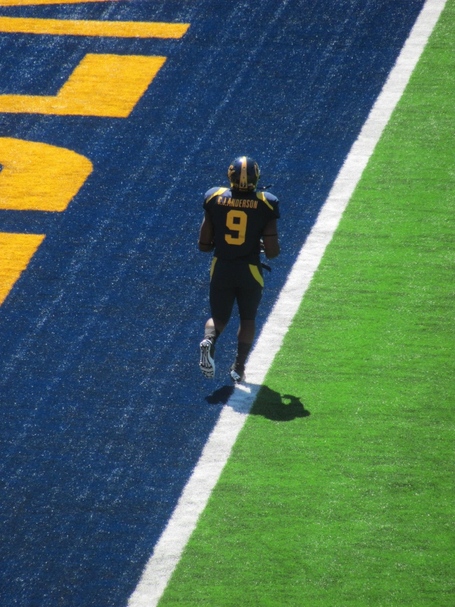 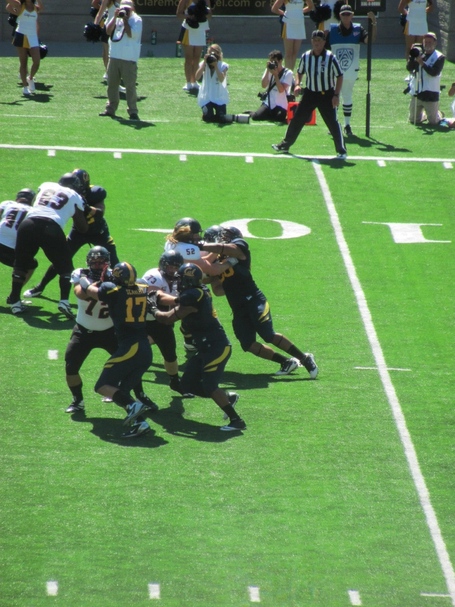 No, I don't think that London spent this much on the Olympics. 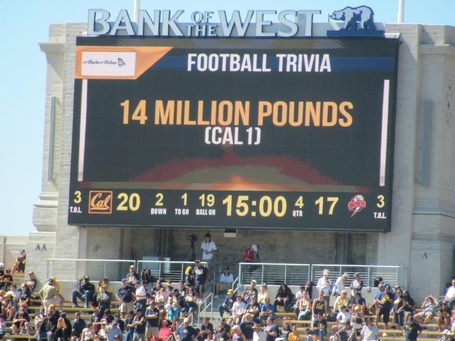 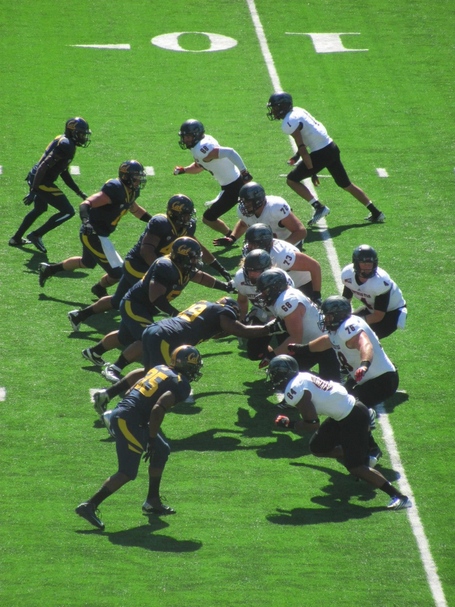 You can click on any of these photos to make them larger. This was near the end of the game and the stadium had really started to empty out. 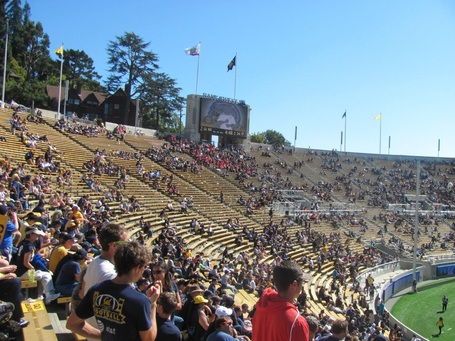 With Cal exploding for 30 points in the 4th quarter, soon the backups were in. Here is Cal QB Allan Bridgford doing the worm in the middle of a play. 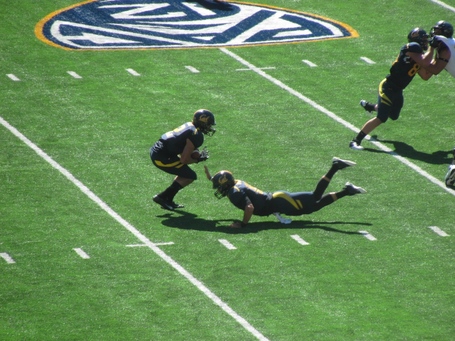 This score kind of masks how close the game was until the 4th quarter. But the fact that the score was so close masks how dominating Cal was on yards and other stats. Weird game. 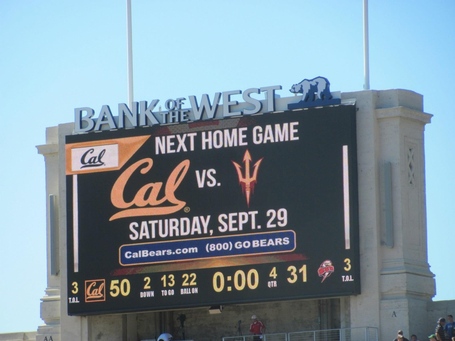 Here is a small note that the Cal Athletics people put down to deal with those who didn't happen to, yknow, have an actual seat. Ragnarok was one of those people and will have more about his epic journey from Milan to Minsk to try to get an actual seat to sit in. 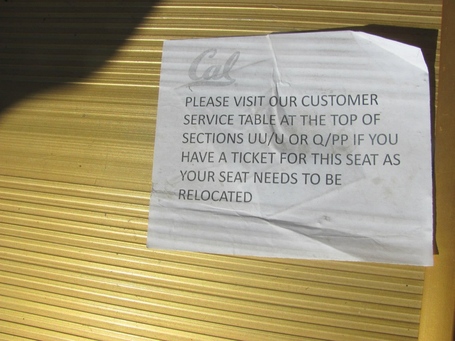