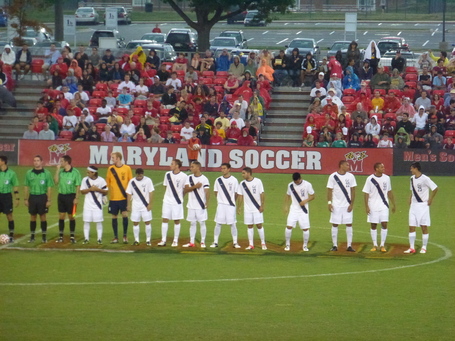 We again interrupt your regularly scheduled Cal football coverage with a couple of other sports: futbol on the Pac-12 Network and Water Polo on ESPNU. Here are the details:

The 3rd ranked Cal Men's Water Polo (including returning Senior All-American goalie Justin Parsons and Olympics Bronze medalist Aleksa Saponjic) will travel East to play in the Princeton Invitation. After a non-televised match against St. Francis (New York) [Bears prevailed 16-3], the Bears will take on the 13th ranked Princeton Tigers. Check out this bout on ESPNU. Cal is the highest ranked Water Polo team to ever play at Princeton (basically the geographical reverse of the Field Hockey scene). A key player for Princeton is sophomore attacker Drew Hoffenberg, who along with Cal's Justin Parsons are listed as NCAA.com's top players to watch in 2012. SBNation's Water Polo site, The Skip Shot, has a bit more information about the Princeton team in their preview of this match. In this weekend at Princeton, the Bears will also take on the Crimson color of Harvard, the team that was formerly known as Engineers of Bucknell, and the Beavers of MIT!?!?.

Back in Berkeley, Cal Men's Soccer will make their own Pac-12 Networks debut by hosting UCF. Bears will look to bounce back from a disappointing East coast trip that saw them losing a heartbreaker to Virginia and then being routed by an angry Maryland squad (who were annoyed that they merely tied UCLA a few days prior).

A few more pictures from the Cal - Maryland game are available after the jump.

About a dozen or so Cal fans, including yours truly, braved the gloomy but accurate weather forecast of constant rain to cheer on Cal Men's Soccer against No. 6 Maryland last Sunday. Due to the wetness of the condition, I did not take as many pictures of the game action as I had hoped. I will share a few of these pictures below however. 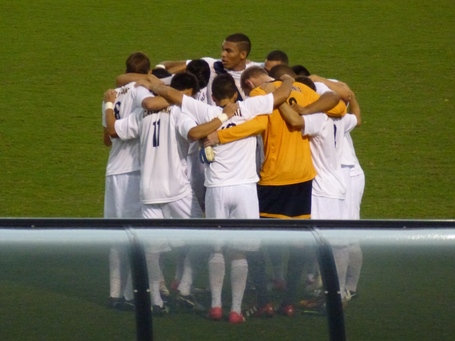 Team huddle prior to the start. 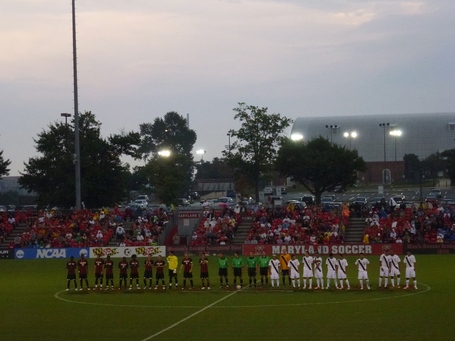 Both teams lined up for the starting lineup introduction and the national anthem. 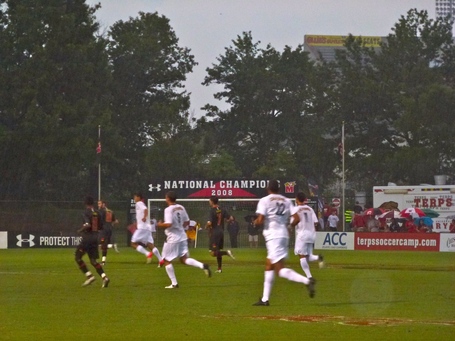 A shot of the game action as I run to my car for an umbrella. 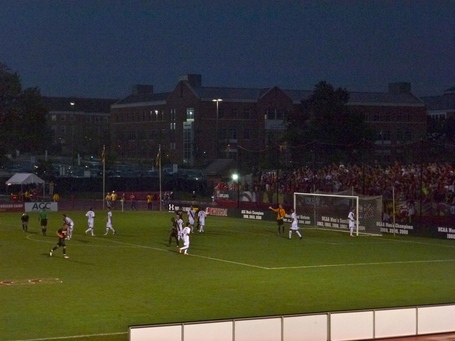 Cal team, lead by goalie Kevin Peach, get in position to defend against one of numerous Maryland corners. 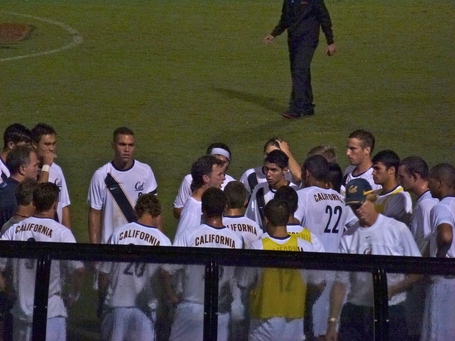 Cal coach Kevin Grimes addressing the team during halftime. I don't think I captured how animated he truly was. 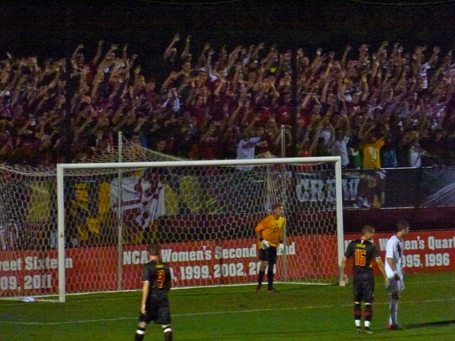 Junior Goalie Robby Gogatz who came in during the last 10 minutes prepare to defend against a Maryland free kick while the "Maryland Crew" continued to harass him.

Hopefully, the Bears are fired up from the events of the past weekend and do onto UCF the same thing that happened to them at Maryland.