Day 7 saw 11 Golden Bears in action, with several going for medals. Find out how they did (and links to replay and highlights) after the jump. 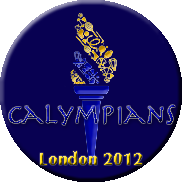 Learn more about the Calympians by clicking on the CGB Calympians logo above and read through their profiles (It's okay, we'll still be here).

The quarterfinal match between USA and New Zealand was a battle of two Bears (and former teammates): Alex Morgan (USA) and current Cal senior Betsy Hassett (New Zealand). In a very physical game, US prevailed with a 2-0 victory (recap and video highlight here). Alex Morgan was held scoreless for the second consecutive game, but contributed her team leading 11th assist of the season on the opening goal of the game. Alex also had a few close misses, as evident from the video highlight, and a scary collision with the New Zealand goalkeeper where Alex kneed the keeper, Jenny Bindon, in the head. Both players were able to stay in the game.

Betsy Hassett played valiantly in a losing effort for the Football Ferns (New Zealand National Team) and was able to get off 2 shots and draw a yellow card (shown in the highlight video). See the full replay of this match here. You can also read the CalBears.com' story of this game here. Morgan and the US will next face a surprising Canada squad (who upset Great Britain today) in the semifinal on August 6th.

Scott Frandsen (Canada) and partner David Calder competed in the Pair A Final today. A 6th place finish means no medals for the duo. Watch the replay here.

Several Aquatic Bears were also going for medals in the pool today.

Looking ahead to tomorrow, several Bears are in position to medal depending on whether the USA medley relay team can keep up its historical dominance. Jessica Hardy will also compete for a medal in 50 Free.

Finally, the US Women's Water Polo with Elsie Windes and Heather Petri were also in action today, against China. Full replay can be found here. The U.S. will play 2012 European champion Italy in Sunday's quarterfinals.

Track and Field has started in London 2012. Cal was represented by shotputter Amin Nikfar (Iran). A 16th place finish in his group prevented Amin from advancing.

No new medals today for the Bears, but Cal still have an impressive total of 9 medals (in 8 events) with 4 Golds, 1 Silver, and 4 Bronze. Note that we would happily add medals retroactively to this date, if Cal does eventually land Missy Franklin. Missy Franklin broke the World Record while winning a Gold in the 200 Back.