Bryce Treggs is following in the path of DeSean Jackson and Keenan Allen. He's getting the start at wide receiver.

Treggs passes Maurice Harris on the depth chart. I wouldn't consider this a knock on Harris; he'll probably be the third wide receiver when Cal moves into passing situations. But Treggs provides a totally different skill set to the field.. His route-running, his technique, his attention to detail are all apparent when you watch him on tape. He also provides more of that speed element that's been missing since Jackson graduated. It makes sense that he starts.

Only other notes I can pick up so far until the actual depth chart gets released:

Most of the depth chart can be found here.

Here's the big version of the chart. 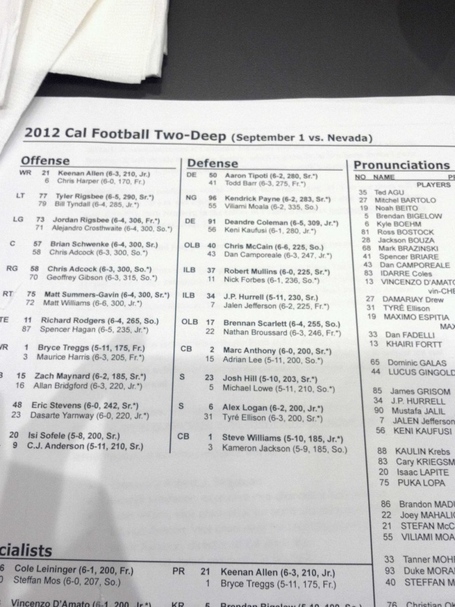