Our next match-up comes out of the Pappy Waldorf Region and features two stars of the Cal baseball/softball diamond. Stu Gordon is a former Bears baseballer, but he's known here and recognized as the guy that saved the program. On the other side is Michelle Granger, arguably the best softball player to come through Berkeley.

Both of these athletes have left their mark on their respective Cal programs and definitely made the program better for those that came after them. It is a tough vote but I think that for as great as Granger was, Gordon will probably get the nod here because of his spearheading the efforts to save Cal Baseball.

You can read the full write-ups after the jump and you can look at the bracket here. The winner is going to move on to take on Lamond Murray in the second round and as usual, the voting will end on Friday. GO BEARS! 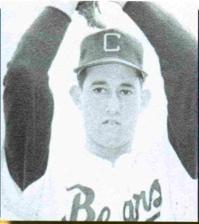 Gordon arrived in Berkeley for the fall of 1958 and joined the freshman baseball and basketball teams hot on the heels of varsity baseball's 1957 College World Series championship and on the precipice of varsity basketball's 1959 NCAA title. For good measure, Cal's 1958 football season ended with the Pacific Coast championship and a trip to the '59 Rose Bowl. The superlatives spill out when Gordon describes the coaches he had the privilege to play for at Cal. "George Wolfman was just a lovely man, Pete Newell was an institution, and Rene Herrerias, our freshman basketball coach, was a wonderful guy," Gordon said.

After struggling with his grades as a freshman while playing both basketball and baseball, Gordon left the hardwood to devote more time to his studies and a more focused effort on baseball. The choice paid off, as he logged 18 credits in the classroom and a 7-0 record on the mound with a low ERA to complement his higher GPA in his junior year. One of Gordon's fans in the stands happened to be the dean of admissions at Boalt Hall, who urged him to consider law school. Gordon, determined to ensure options beyond his Major League dreams, took his advice and was accepted to Boalt, becoming president of his first-year class and eventually, the student body.

After his graduation Gordon continued to be an ardent supporter of the Bears, but one that most people probably had not heard off until last year when Cal Baseball was slated to be eliminated from the university's sports program. Stu Gordon stepped up to the plate and not only donated a substantial amount of money, but also became the face of the Save Cal Baseball effort. In mid-April, that dream was realized.

On April 9, 2011, Cal baseball, a tradition that dates back to 1892, was saved from elimination caused by financial constraints at the University of California-Berkeley. For seven months, players, supporters and alumni struggled to contemplate life without Cal baseball. In February, Gordon & Rees Founding Partner and former Cal baseball pitcher Stu Gordon took control of the Save Cal Baseball campaign. In less than six weeks, donations and pledges jumped from $1.5 million to over $9 million, reinstating Cal baseball in 2012 and crediting Stu with saving the program. As Chancellor Robert Birgeneau told the San Francisco Chronicle, "It would not have happened without him."

More than 1,000 people contributed to the campaign and 40 people contributed more than $50,000, including more than $100,000 from former Major League MVP Jeff Kent, $50,000 from agent Scott Boras, and $550,000 from Stu Gordon that gave the fundraising effort inspiration and momentum. Chancellor Birgeneau described Stu’s efforts as "phenomenal" but, as Stu explained to BerkeleySide.com, "It’s still our goal to get up to a $20 million endowment so Cal baseball can be self-supporting."

Twice in recent years, Stu has been named the Carl Van Heuit Cal Baseball Alumnus of the Year and currently serves in an appointed position on the Athletic Director’s Advisory Board. His donations to the University have helped make possible the new Cal baseball field and outdoor multipurpose complex. He is also one of the founders of the Bear Backers, an organization which raises more than $8 million each year to support athletic programs at the University. If baseball had been lost, said Stu, "it would have been such a bitter disappointment…I was amazed at how emotional people were."

The Bears went on to make the College World Series and continue to play today and in the future thanks to Stu Gordon. A true Golden Bear on and off the field. 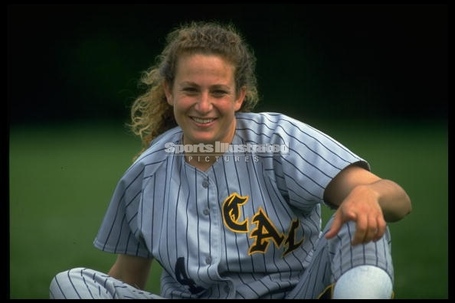 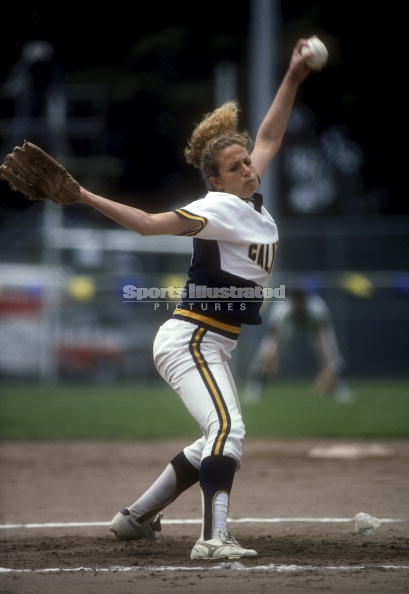 LeonPowe nominates Granger.
On the short list of best softball players ever. 1996 Gold Medalist. This article encapsulates her accomplishments
From 1989-93 Granger amassed 1,640 strikeouts and 94 shutouts in 183 games, both NCAA records.The statistic that perhaps exemplifies Granger's dominance are her 25 no-hitters, five of which were perfect games Granger holds the top four spots in single-season strikeouts at Cal, and her 484 strikeouts during her senior year were a record at the time.
25 no hitters. 25 no hitters.