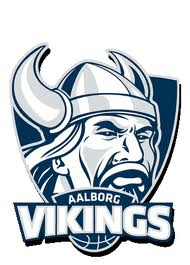 The latest addition to the 2012 Cal men's basketball recruiting class is an intriguing one. 7-foot center Sami Eleraky, who has played for the elite Danish squad, the Aalborg Vikings, for the past two seasons, obviously has the size necessary to compete at a high level, but beyond that, little information regarding his game and character is readily available. Helping us get acquainted with our new lovable big man is Christian Hamborg, who is very familiar with Sami, as he is the current General Manager of the Vikings. We thank Christian for taking time out of his busy schedule to answer our questions! (Side note: seeing as though very few of us have a favorite Danish basketball team, I propose we Cal fans adopt the Aalborg Vikings as our Danish squad! In any case, be sure to follow them on Facebook!)

How long have you been the general manager for the Vikings? What do you enjoy most about your position within the organization?
I have been part of the Aalborg Vikings organization the last four years and have been General Manager for 1 year. The Aalborg Vikings are a semi-professional team and we've been playing in the best league in Denmark for the last three years, with Sami being a part of the team for the last two seasons.

Tell us a little bit about the city of Aalborg. Are there any interesting traditions associated with the city? How is the fan support for the Vikings within Aalborg?
By American standards, Aalborg is a small city in a small country. With approximately 125,000 citizens, Aalborg is the fourth biggest city in Denmark. Basketball in Aalborg, and in Denmark in general, is a very small sport not only compared to the U.S.A. but also compared to the rest of Europe. We have approximately 12,000 registered basketball players and 150 clubs in Denmark. Our average number of fans is 400 per game, our record being 1,250 at a game (which is also our maximum capacity).

What has impressed you most about Sami Eleraky during his time with the Vikings?
The thing that impresses me the most about Sami Eleraky is definitely his work ethic and his dedication. Sami has only played basketball for 4-5 years and he is already considered one of the biggest talents in Denmark, as seen through him finishing second in the Danish Young Talent of the Year voting.

Why do you think Sami chose to attend Cal? Were any other schools as involved in Sami's recruitment as the Golden Bears?
I know UC Irvine, Arizona State, Boise State, Marquette and North Texas recruited Sami. The final choice was between UAB and Cal. Eventually Sami chose Cal because they have good program and because they play in a competitive conference with a unique possibility to compete against good players not only at practice but also during games.

How often do NCAA coaches attend and scout Danish league games? Are there any potential impact recruits (besides Sami) currently playing for the Vikings or another Danish team?
I think Denmark is a kind of under-the-radar team when it comes to NCAA scouting. But I definitely think that in the next few years more and more scouts will come as we have a very good youth program. We have basically shut down our senior national team and put our focus and money on the youth national teams.

The biggest Danish name right now would probably be 1991 born Jonas Zohore who is playing for the Spanish Torrelodones and is an early entrant for the 2012 NBA draft.

Other notable young Danish talents are Rasmus Glarbjerg, who is ranked as one of the best prospects born in 1994 in all of Europe, Jonathan Gilling, who plays for your Pac-12 rivals Arizona State, and Kevin Ricky Larsen, who was a teammate of Sami at the 2011 division B European championship, and who played last season for Montrose Christian High School and this season will be playing for the George Washington Colonials. Also playing at the collegiate level in the U.S.A. is sophomore Anton Larsen (Old Dominion) and sophomore Mathias Seilund (Farleigh Dickinson).

At the high school level in the U.S.A, I also think Christian Benzon from The Rock School, Florida and Søren Døssing from St John's College High School, Maryland are players worth considering recruiting.

Would you say that the level of competition Sami has faced in Denmark has prepared him to play college basketball in the potentially powerful Pac-12 conference?
For me to give an adequate/satisfactory answer it would require that I had better knowledge about the Pac-12 conference compared to the Danish league (the Pac-12 is of course of a much higher quality but exactly how much I honestly can't say).

What I can say is that Sami is the youngest player at his age in the Danish league who has had the biggest role on their team. Two seasons ago, Sami had his debut in the Danish League and played 16 games, averaging 10 minutes, 2 points and 2.5 rebounds per game. This season, he was our starting center and played 25 minutes, averaging 6 points, 6 rebounds and 1 block per game. He was the fourth best Danish rebounder and his .96 blocks per game was the 8th best in the league with only one Dane averaging more blocks (former D-leaguer 7'2'' Chris Christoffersen who actually played for your Pac-12 rivals, the Oregon Ducks, in the 01/02 season).

Most teams in the Danish league have a senior American power forward/center who Sami has been matched up against. With the Danish League being one of the smaller leagues in Europe we obviously can't sign top college players.

Sami's American teammates this season were former Texas State players and, on the opposing teams, American players came from schools like Florida (Gators), Louisville, Cornell, Stephen F. Austin, Wagner, Albany, La Salle, Tarleton State (Division II), Catawba (Division II), Lincoln Memorial (Division II). The Danish league is a great place to start your rookie season as an overseas player because it is an exceptionally safe environment and a "stepping-stone" league where you have the possibility to put up some big numbers and get attention from bigger European leagues.

I would say that despite his young age, Sami has already played against a few rather good players but probably the first season or two will mainly be learning-seasons.

How impressive are Sami's post moves at this point? How developed is his hook shot? Does he have one go-to move or multiple effective moves?
Having only played basketball for a couple of years Sami is still pretty raw offensively. That being said he has a pretty solid hook shot going over his left shoulder which has proven quite effective in games. (*Editor's note: Christian indicated the 2 minute mark in the video below as a good example of this). Sami also has the ability to finish with both hands close to the basket and has actually also hit a couple mid-range jump shots in games.

Is Eleraky more of a team defender at this stage in his basketball career, or can he hold his own one-on-one in the post?
Having been the starting center of our team, Sami has played a huge role defensively for our team. Sami has had a rather big size advantage over most of his matchups but hasn't relied on his size only but is able to move his feet rather quickly and also has great timing when contesting/blocking shots. For the Vikings it has been a necessity that Sami could hold his own playing one-on-one in the post so he comes with a lot of experience at doing it.

What do you think Eleraky will need to work on most to succeed at the NCAA level?
Being 7'0'', weighing 240 and looking rather athletic running up and down the court, Sami has great upside. Sami probably won't develop into the typical European three-point shooting center but I think Sami should focus his development on not only the things he is good at now (rebounding and defense) but also on adding some moves in the post.

Overall, what should Cal fans expect from Eleraky, both on and off the court, during his time in Berkeley?
You can expect to see a humble and very down-to-earth person who is very determined to listen, learn and work hard to reach his maximum potential which will hopefully create a lot of success for both Sami and Cal.

These days Sami is playing for the Danish U-20 national team at a tournament in Finland. They just won their first game against Sweden 62-60. Sami was the starting center and had 6 points and a game-high 10 rebounds playing 26 minutes. The games can be followed at this site.