Our next match-up features two footballers from the last 15 years on the Golden Bear gridiron. Marvin should be very well known by everyone reading here, given his recent draft status and the fact that his Cal career recently concluded. He was a solid receiver in every sense and will no doubt do really well in the NFL.

On the other hand, you could be excused for not being so familiar with Nick Harris, as despite his greatness, he toiled for those terrible teams from the late 90's that most of us would prefer to erase from our memories. He also has made news recently, as he was replaced by Bryan Anger in Jacksonville and signed on with Carolina (coached by Ron Rivera).

I think that this might be closer than people would think, but I'd guess Marv moves on. Whoever does win will advance to face the winner of the Mike Pawalski/ Justin Forsett match-up. This pairing is out of the Brick Mueller region and you can look at all of the match-ups in the full bracket here. The complete write-ups are after the jump and voting will end on Friday. 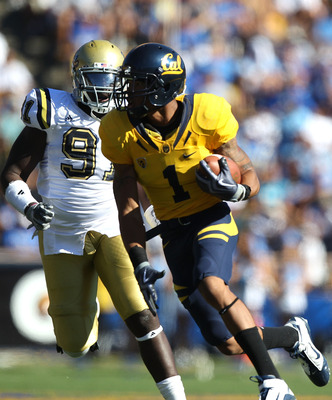 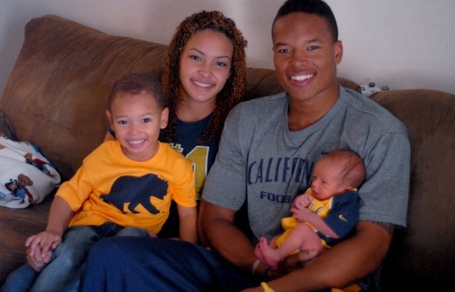 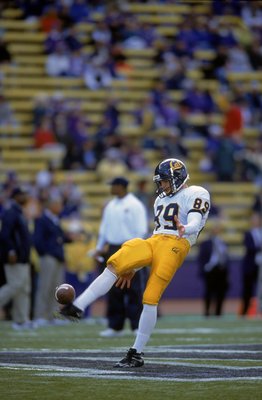 Nick was cursed (or, perhaps blessed) to toil at Cal from 1997 to 2000, four years that didn't exactly see Cal find a great deal of success. But! BUT! It did allow him to gain invaluable experience and the time to hone his craft to an absurd degree. How much time? How about setting and NCAA record for most punts (322) and net yardage (13,621) in a career. That's approximately 80 punts per season, and more than 7 punts per game! Go Bears!

Harris's junior campaign has to be one of the greatest individual seasons in Cal history. He averaged 44 yards per punt despite often being asked to pooch punt the ball, and his longest was a booming 70 yarder. Harris and a vintage Hit Squad defense somehow managed to keep Cal competitive despite an offense not safe to be viewed by the general public.

His crowning moment was undoubtedly against UCLA on the road in 1999:

The Bears had put the Bruins in a hole when Nick Harris' 34-yard punt was downed at the UCLA 1. Harris later had a 68-yard punt, and averaged 53.1 yards for seven kicks.

So if you take away a 34 yard punt that could not have possibly traveled any further, Harris averaged 56 yards for his other 6 punts! His punting and a dominating defensive performance allowed Cal to escape with an ugly, penalty and turnover filled 17-0 victory. I distinctly remember watching this game because of Harris. Cal scored an early touchdown, but otherwise struggled moving the ball. By the 2nd quarter I was actively looking forward to punts, because that meant Harris would get the chance to pin UCLA deep. And the best chance of Cal scoring would always be a turnover or safety created by the Hit Squad. The Nick Harris for Heisman campaign was in full swing!