While many dedicated fans of Cal Softball know about Bebe, Sports Illustrated is spreading the story to a much broader audience.

An important member of the California softball team was absent when the Golden Bears faced Washington for a berth in the College World Series last weekend in Berkeley. Barbara Wiggs, better known as Bebe to her friends—which is to say, to everyone who's ever met her—had a previous engagement at Disneyland, but her teammates didn't hold it against her. Bebe is only five years old, and besides, the Bears feel that she's with them even when she's not.

Last Friday, the day before the opener of the best-of-three series, Bebe was on the phone with assistant coach Tammy Lohmann, giving her a pep talk to pass on to the players. She wanted them to stay strong and be sure not to get discouraged even if something somehow went wrong (which wasn't likely, considering that Cal, the top-ranked team in the nation, entered the series with a 54--5 record). The Bears took the words of their honorary teammate seriously because Bebe has a 50-year-old's wisdom in her five-year-old soul. "When she talks about strength and about not giving up, it carries more meaning," says pitcher Jolene Henderson. "If there's anyone who knows what it takes to keep fighting, it's her."

Bebe's fight is against a rare form of brain cancer. When she was two, doctors discovered a tumor that occupied more than 25% of the space inside her skull. More than 17 hours of surgery could not remove all of the growth, and she has since endured 18 months of chemotherapy and radiation as well as the accompanying nausea, hair loss, mouth and throat sores and loss of appetite. Twice during the last three years Bebe's parents, Geoff and Nancy, were told that the outlook was hopeless. "They said we shouldn't worry about long-term treatment because there wasn't going to be a long term," says Geoff, an attorney from Half Moon Bay, Calif., "but I'm stubborn, I guess."

So is Bebe. What's left of the mass hasn't grown; her soft dark hair has come back; and as her strength has returned she has made the Bears stronger, which is funny because they thought it was their job to support her. Bebe, who loves popcorn, the color pink and Disney princesses, is "an insanely positive child," her father says. She has become a de facto assistant coach in charge of attitude, cheering in the stands when she's not on the field pumping up the players. "I hope we've given her half the inspiration she's given us," says coach Diane Ninemire. The Bears, who wear Bebe's initials on their batting helmets, have given her a locker in their clubhouse, complete with a pint-sized recliner, and last Saturday some of the players tapped the chair for good luck before taking the field.

After the jump softball takes down LSU, men's golf mounts a furious rally in the NCAA Championships, and men's crew starts off strong at the IRA Championships. 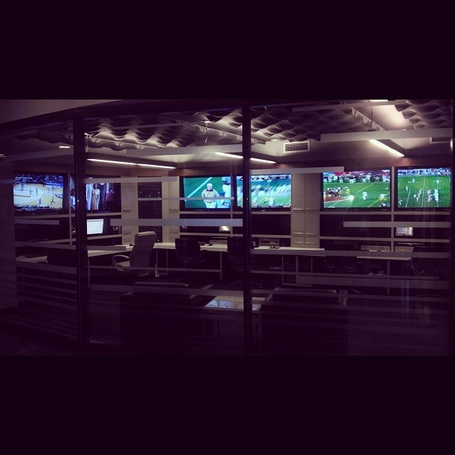