Our final match-up of the weekend features two guys who were defensive stalwarts in their time in the Blue and Gold. Ron Rivera ruled the Golden Bear defense in the early '80's and Thomas DeCoud in the mid 2000's.

Both men have gone on to NFL fame and stardom, Rivera with the Chicago Bears as their Defensive Coordiantor and now as the Head Coach of the Carolina Panthers, and DeCoud with the Atlanta Falcons.

This is an interesting match-up that comes out of the Brick Mueller Region, and I think that the vote should end up being fairly close. The winner is going to move on to take one Scott Fujita. You cantake a look at the whole bracket here if you like, and you can read the full write-ups after the jump. As always, voting ends on Friday. GO BEARS! 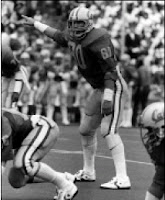 Tightwad Hill has this to say:

It's fitting to look at Ron Rivera with Texas A&M upcoming on the schedule, since Rivera will forever be defined (at least to our thinking) by the A&M game his senior year. With 1:20 left in that game, Cal and the Aggies were tied at 17 and Cal had the ball deep in A&M territory. On 4th and short, the Bears set up for an easy field goal attempt, and Randy Pratt knocked it through for a three-point lead and, apparently, the win. Then Joe Kapp lost his mind.

The Aggies had jumped offside, and for some reason Kapp took the points off the board to go for a touchdown. This was the precise moment when Old Blues looked at each other and realized that this coaching experiment would not work out. On the next snap from center Gale Gilbert lost the handle and A&M recovered the fumble at their own two yard line. What happened next was nothing short of a miracle to our fourteen-year old eyes.

A&M Coach Jackie Sherrill called a toss sweep - a dumb call deep in your own territory, but not quite Kapp-esque. The ball arrived to Hawkins at approximately the same time as Rivera, who was coming on a run blitz. Rivera was traveling a bit faster than the pigskin, and he knocked Hawkins backwards into the A&M end zone for an improbable safety - and the upset win for Cal.

Rivera had many more shining moments as Cal's best defender of the early 1980s. He was named team captain as a sophomore, and led the Golden Bears in tackles from 1981 to 1983. In 1983 he set a record that still stands with 26.5 tackles for loss including 13 sacks. For his efforts Rivera was named co-Defensive Player of the Year in the Pac 10 and was a consensus choice for All-America at linebacker. He was also the first Golden Bear to become a finalist for the Lombardi Award.

Rivera was drafted by the Chicago Bears in the 2nd round of the 1984 draft, and became the first Puerto Rican to play professional football. Following his retirement in 1992, Rivera entered the coaching ranks and is now the highly-regarded defensive coordinator for the Chicago Bears.

And readers share some memories:"Ron Rivera also had a hand in helping erase the dumbest coaching mistake in Cal history when he tackled a Texas A&M running back in the end zone scoring a safety, when coach Joe Kapp had taken 3 points off the board." ~LeonPowe

"I remember that game oh so well, even though I could only listen to it on the radio. It was the first game of the 1983 season, making it Cal's very next game after The Play. Cal had it won with the FG. Then there was a penalty, and Kapp decided to take the 3 points off the board and try for a TD. The next play, Cal fumbled. But then the next play, Rivera got us the safety. Cal wins! In Texas!" ~CalBear81 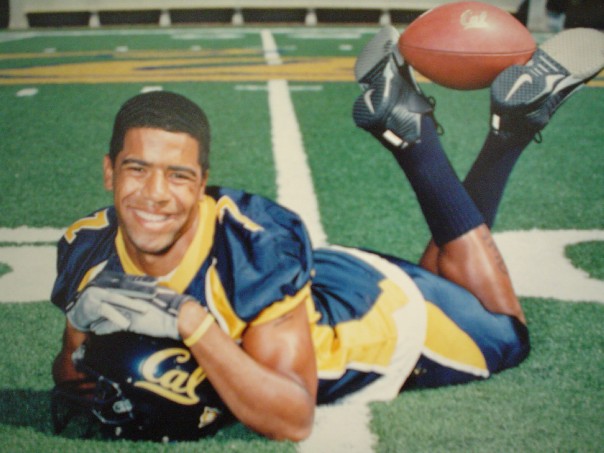 So if you do a Google image search of Thomas Decoud, you end up with this infamous photo. Freshman hazing, FTW! (Or is it, FTL?) Yeah, yeah, yeah. Laugh all you want. You know who's not laughing at Thomas Decoud?

The dudes he famously blew up in the 2006 UCLA game at Memorial. (Song on the video NSFW)

Thomas Decoud might not be the most impactful Cal player, but one such blogger made a great case for his reliability.
Solid. That's what you can say about Thomas DeCoud. He found receiver. He saw receiver made catch. He tackled said receiver. And the pattern repeated itself. Even when Cal slid, he didn't slide along with them. DeCoud hit double digits in tackles in four of Cal's losses, although some of that could be accounted for a defensive line collapse. Nevertheless, his effort was solid from beginning to end, in spite of the other shortcomings of Cal's defense (in 2007).

He was defensive captain (I'm like 90% sure this is true) his senior year, and was our defensive impact player in NCAA Football 08. Honorable mention All-Pac-10 his senior year. 6 games of double digit tackles....He was a very calming presence as a safety because you knew he was always there to make a play if a guy got past everyone else.