Most Cal fans saw Syd'Quan grow up in front of their eyes after starting the dismal Tennessee game in 2006. He turned into a shutdown corner that had incredible ball skills and instincts that were a joy to watch.

On the other side is Charlie Wi, who led Cal to the 2004 championship and has carved out a pretty successful pro career on the PGA Tour.

This match-up comes out of the Pappy Waldorf Region and the winner is going to move on to face Ashley Walker. I think that it could be a close battle here, as Cal fans have some recent bad associations with the Thompson last name. We shouldn't hold it against Syd'Quan though, as he gave the Bears everything he had and is a Golden Bear favorite. The full write-ups are after the jump. You can take a look at the full bracket here and be sure and get your votes in before the voting ends on Friday. GO BEARS! 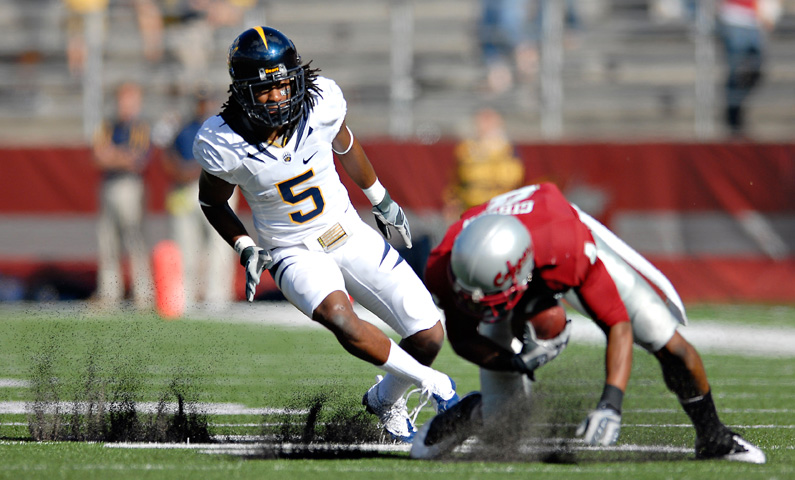 Hydro's thoughts from Remembering the Seniors: 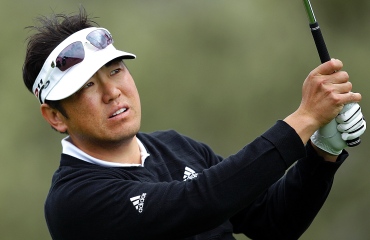 OhioBear: The greatest achievement in the history of the Cal golf program is certainly the 2004 national championship, the one and only NCAA team championship in the program's history. But who is the greatest
individual golfer in the history of the program? PGA TOUR professional Charlie Wi may be that guy. In 1995, Wi won the Pac-10 individual championship, becoming the first Cal golfer ever to do so. (Only Wi and Eric Mina have accomplished that feat.) That same year, Wi was a first-team All-American and had the third-best stroke average
in the country behind only Tiger Woods and Stewart Cink. Wi turned professional after leaving Cal and won his first title as a professional in 1996 on the Asian Tour. Though Wi is still in search of his first PGA TOUR win (he has finished second four times), he has earned more than $8 million during his PGA TOUR career. And that does not include the nine major tour professional tournaments Wi has won internationally, including the 2006 Malaysian Open on the European Tour.

Longtime Cal golf coach Steve Desimone is the historical face of the Cal golf program, and for good reason. But if there were a Mt. Rushmore of Cal golf, Wi would be chiseled on it right next to Desimone for his Cal career and his solid pro career since.