I hope that this Memorial Day Weekend finds you relaxing, enjoying some friends and family, and honor those that have served their country. And maybe doing a little BBQing (or grilling) outside. Here at CGB we are moving on with our Hall of Fame tournament with another great match-up for you to provide your input on. This 1/16 comes out of the Pappy Waldorf Region and features one of our longest serving and best coaches against one of the top wide receivers from the '70's.

Ron Gould will be a tough out for Steve Rivera, but as we saw a few weeks ago in another 1/16 match-up, you can never take anything for granted. But I think that Gould's track record will lead him to victory here. Either way, the winner here will move on to take on Desmond Bishop. You can read the full write-ups after the jump and take a look at our bracket and the results of past match-ups here. Voting will end on Friday so you have plenty of time to pick who you want to move on. GO BEARS! 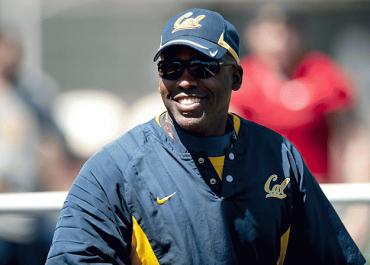 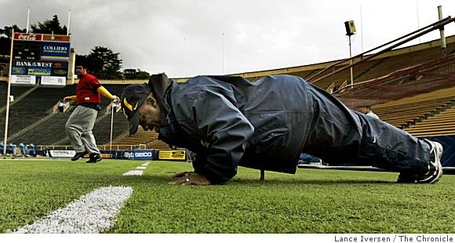 Entering his 15th year at Cal, Coach Gould has proven himself repeatedly to be one of the best in the business. Cal's ground attack has been one of the consistent strengths of the team for the past decade. When combined with solid line play and competent quarterbacking, the results have been a dominant running game. He's done it with blue chip talent and with little-known prospects that no one else wanted. Here are the running backs that he's sent to the NFL:

And let's not forget Big Game hero Joe Igber, or all the walk-on fullbacks that he developed into solid players: Chris Manderino, (also played 3 years in the NFL), Will Ta'ufo'ou, Byron Storer, and Brian Holley. As good as he is as a position coach in teaching balance, ball security, and fundamentals, he might do his best work and building character.

The hallmark of a Ron Gould-coached back is a complete player who can block as well as run and receive. Players are taught that details matter and learn to maximize their talents instead of solely relying on raw physical gifts. He's been deservedly promoted to Associate Head Coach and this year also carries the title of Running Game Coordinator. 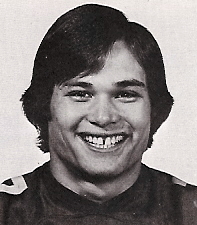 Steve Rivera held Cal's all-time leading receiving mark with 138 receptions for sixteen years (until the record was broken by Brian Treggs in 1991) and was the first Golden Bear to earn consensus All-America honors at wide receiver.

In his senior year, Rivera hauled in 57 catches, at that time the most ever by a Cal player in a single-season. Rivera and teammate Wesley Walker were perfect complements: While Rivera lacked Walker's blazing speed he more than made up for it with sticky fingers and an elusive quality in the open field. Over his career Rivera had five games of more than 100 yards receiving, and he averaged 15.1 yards per reception.

Rivera's biggest day as a Bear came in his junior season against Stanford, when he totaled 205 yards receiving, including a 26-yard touchdown in the closing seconds that appeared to salt the game away for Cal. Stanford of course came back to win that game on a 50-yard field goal, but Rivera was named first team all-Pac 8 at receiver.

Rivera went on to spend two years in the NFL with the San Francisco 49ers and the Chicago Bears.

Steve Rivera was the amazing possession receiver and punt returner. He ran great routs, had a knack for getting separation, and caught everything thrown in his direction. Think Fred Biletnikoff from the Raiders - same era. The ‘75 co-Pac 8 Championship Team was the most balanced, most productive, and most amazing Cal offense I have seen in my 50 years of going to Cal games. Roth and Muncie are already in and deservedly so. It's time to add their teammates, Wesley Walker and Steve Rivera.