Golden Nuggets: Cal-Ohio State, the Bears' Most Important Game of the Season

Share All sharing options for: Golden Nuggets: Cal-Ohio State, the Bears' Most Important Game of the Season

Uncle Ted has been going through each team's schedule and determining which game is the most important. Ours should be no surprise: the September 15th visit to Ohio State.

Why it's important: While a midseason Big Game against Bay Area rival Stanford would be the obvious choice -- particularly one in newly remodeled Memorial Stadium -- we're going to be contrarian. Our starting point is this: When was the last time the Bears won an, er, big game on the road? You could say perhaps the win at Stanford in 2009 counts, but driving an hour or so south hardly qualifies as a road trip. By our calculations, it was 2007, when the Bears nipped Oregon 31-24 in an Autzen Stadium thriller (a really, really entertaining game). That was back when everyone thought Jeff Tedford was one of the nation's best coaches and Nate Longshore was a sure-thing NFL prospect. Do Cal fans recall what happened next? I'm a little fuzzy. Ranked No. 2, about to jump to No. 1 after LSU lost. Oregon State in Strawberry Canyon. Kevin Riley's scramble. Tedford's infuriated stomp! OK, no need to go on (losing six of seven!). You could make the case that victory in Eugene hardly served a positive purpose, seeing what happened thereafter, but sometimes big wins are springboards into someplace other than the abyss. You know: Like a good season.

Winning at the Horseshoe, one of the toughest places to play in the nation, would make a significant statement, nationally as well as within the Pac-12. If the Bears are able to beat a vulnerable but likely nationally ranked Ohio State squad, they almost certainly would take a 3-0 record and their own national ranking to USC the next weekend. The Bears would start the Pac-12 schedule with confidence. Quarterback Zach Maynard would have a marquee road win under his belt. The fanbase would stop wringing its hands over Tedford's hotseat and start imagining the program getting back on track. Even if the Bears lost to the Trojans, three winnable conference games follow before Stanford comes to town. Facing the Cardinal at 6-1 would make the Big Game worthy of its name. But a loss at Ohio State, particularly a lopsided one -- think horrible trips east against Tennessee and Maryland -- would add pressure to the visit to the Coliseum, where good things have not happened for the Bears of late. At 2-2, the leading topic among Bears fans would be Tedford's future. That would not be the case at 3-1 with a win over Urban Meyer.

After the jump softball sweeps the Pac-12 awards and rugby enters the pool for the 7s national title.

Cal Athletics set a school record with 6 conference championships this season. The previous record was four. 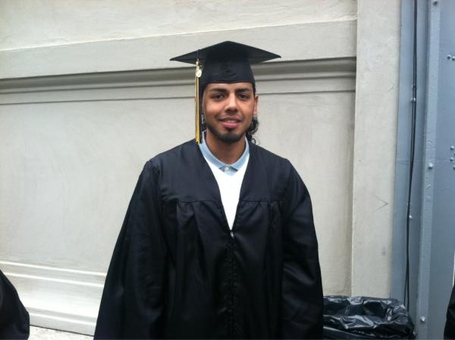