This college basketball recruiting cycle is starting to get wrapped up. Though some recruits remain uncommitted, and thus some drama remains, the majority of team's rosters are all set. A few days ago, Cal received some very good news, as the Golden Bears (presumably) wrapped up their 2012 recruiting class with the huge addition of center Sami Eleraky out of Denmark. 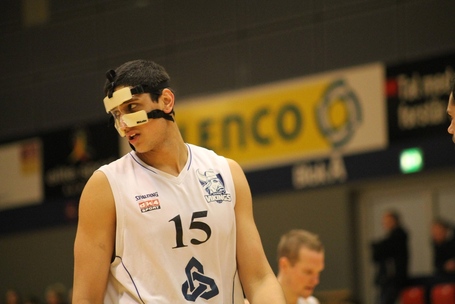 Eleraky, who turns 19 at the end of the month, averaged 4.5 PPG and 5.3 RPG in just over 18 minutes/game for the Danish Under-18 National team in 2011. This past season, he played for the Aalborg Vikings of a professional Danish league, for which he averaged 6.0 PPG and 5.8 RPG in 24.6 minutes per game. Eleraky is somewhat raw offensively, but he possesses great athleticism and a lot of upside.

Due to the relatively high level of competition in Aalborg's league, Eleraky should be ready to earn immediate major minutes for the Golden Bears. According to Ryan Gorcey of BearTerritory.net, Eleraky had a chance to play professionally in Spain, but opted instead for playing D-I hoops. He ultimately chose Cal over UAB, but was receiving interest from schools like Marquette and Arizona State. As a true center, the Danish big should expect to see the court a lot next season alongside Richard Solomon and David Kravish.

After the jump, we'll take a look at a highly regarded walk-on heading to Cal next season, and examine recruiting news from the rest of the Pac-12! 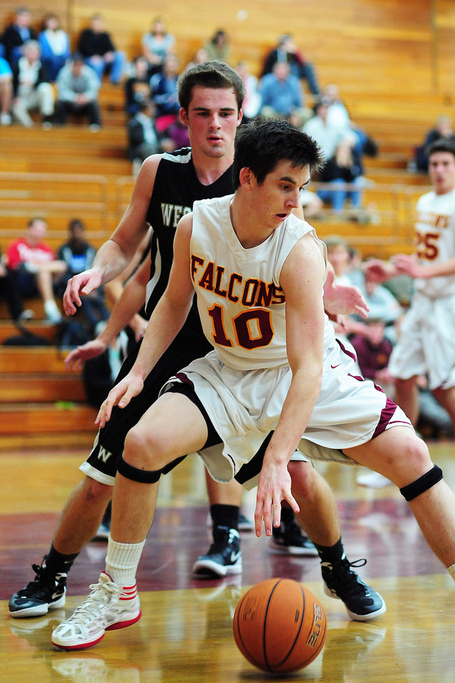 In the wake of missing out on Karnowski, the Golden Bears did receive some good news in a commitment to walk-on from a fairly highly regarded guard in Garrett Galvin. West Coast recruiting guru Josh Gershon, amongst many, seems impressed by Cal's new recruit, and for good reason: Galvin had scholarship offers from schools like Northern Arizona and Cal Poly and interest from others, but opted instead for an opportunity to walk on for the Bears. ESPN ranks Galvin as the 47th overall prospect in the state of California. Here's some footage of Garrett in action.

As a senior at Torrey Pines, Galvin often ran the point and put up some big numbers: 18.5 PPG, 6.2 RPG, and 3.2 APG. What Galvin lacks in quickness, he makes up for in basketball IQ, shooting ability, and court vision. Though he is coming to Cal as a walk-on, it wouldn't be surprising at all if Galvin were to earn some early playing time and provide the squad with some added depth.

RUMBLINGS FROM THE REST OF THE PAC-12 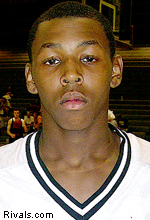 Arizona has landed an extremely talented guard in Mark Lyons, who is transferring to the Wildcats from Xavier. This past year, Lyons averaged 15.5 PPG, 3.4 RPG, and 2.7 APG for the Musketeers, but his impressive season was marred by his role in his team's infamous brawl with Cincinnati, which resulted in his suspension. Lyons will run the point for the Wildcats, allowing talented sophomore Nick Johnson to slide over to his natural SG position, further solidifying Sean Miller's squad as a national player. 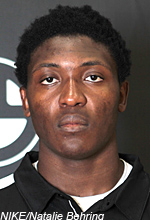 Oregon is in the mix for four-star center Chris Obekpa (Our Savior New American School), alongside Cincinnati, DePaul, Providence, St. John's and Connecticut. The New York product isn't as far along offensively as Bennett, but he has tantalizing upside, and already looks the part of a defensive force with his shot-blocking skills and athleticism. Obekpa would provide Oregon with immediate depth and defense. Obekpa will take a visit Eugene soon. 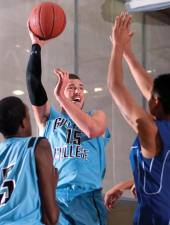 Washington State has landed a commitment from Australian JuCo transfer James Hunter (Gillette College, Wyoming). Hunter gives the Cougars a big body (6'10", 240 pounds), and averaged 13.0 PPG and 6.8 RPG last season, but he probably won't be playing major minutes immediately. One significant implication of this signing, however, is that it gives more steam to the rumors that fairly well regarded recruit Richard Peters will not qualify academically to attend Wazzu. 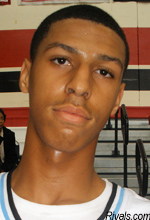 Oregon State has gained a commitment from three-star wing Victor Robbins (Compton HS, CA). Robbins, who has had some questions regarding his potential academic eligibility, is a good get for the Beavers. He has nice size and is gifted athletically--his upside is very high. Earlier in his recruitment, Robbins was hearing from other Pac-12 schools, such was Washington, UCLA, and USC. Robbins might take some time adjusting to the next level, but in time, he could be an important contributor for Craig Robinson's squad. 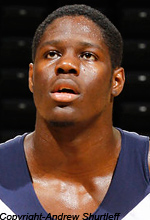 Five-star 6'7" forward Anthony Bennett (Findlay Prep), who was down to Oregon and UNLV, ended up choosing UNLV. The Canadian-born recruit is powerfully built and can finish consistently in traffic, but also possesses impressive touch for someone his size, with a stroke that extends to the three-point line. He will make an immediate impact for the Runnin' Rebels and is a big loss for the Ducks.

BOTTOM LINE: Led by the recruiting classes of Arizona and UCLA, the Pac-12 is set to welcome in some exciting new talent that will surely raise the competitiveness and status of the league in the upcoming seasons. Though such an infusion of talent to the conference is an overall positive development, it does mean that Cal must keep up with its peers by winning some recruiting battles for more heralded players. The addition of Eleraky helps in that department and the potential 2013 recruiting class looks to be setting up nicely for the Golden Bears.