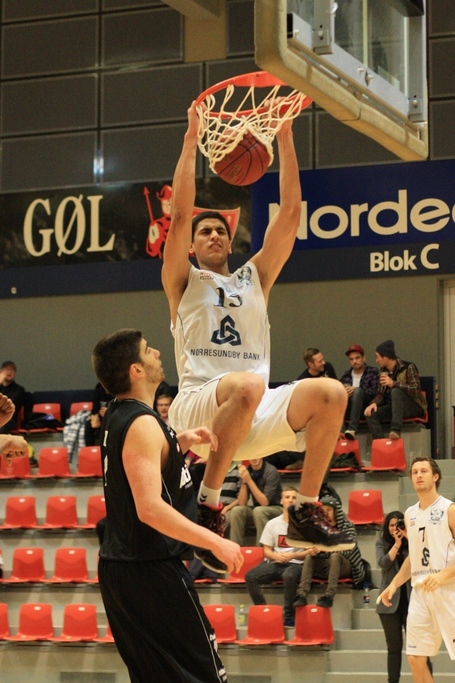 Cal fans were understandably disappointed in recently losing out to Gonzaga in the race for Przemyslaw Karnowski. Some consolation arrived today, however, in the form of another European big. Eleraky, perhaps Cal's final hope for added depth to next year's squad, has committed to the Golden Bears. While Karnowki carries more bulk and possesses a more advanced offensive game than Eleraky, the young Dane is more athletic than Karnowki and has an awful lot of upside.

Eleraky, who turns 19 at the end of the month, averaged 4.5 PPG and 5.3 RPG in just over 18 minutes/game for the Danish Under-18 National team in 2011. This past season, he played for the Aalborg Vikings of a professional Danish league, for which he averaged 6.0 PPG and 5.8 RPG in 24.6 minutes per game. Due to his experience playing at a relatively high level for his age, Eleraky should be ready to immediately contribute at the college level.

We'll have more on this big commitment in a recruiting update this Tuesday at 10:30 am, but for now, feel free to discuss below!