Let's start the 2012 California Golden Blogs Hall Of Fame off on the right foot! We have a great match up here, two former teammates, Jahvid Best and Cameron Jordan. These guys were great Golden Bears out on the gridiron and continue to rep the B and G in the NFL.

This is in the Pete Newell regional. The winner here takes on either Bryan Anger or Harper Kamp. You can see the entire bracket here. Voting ends this Friday at noon, so go and vote! 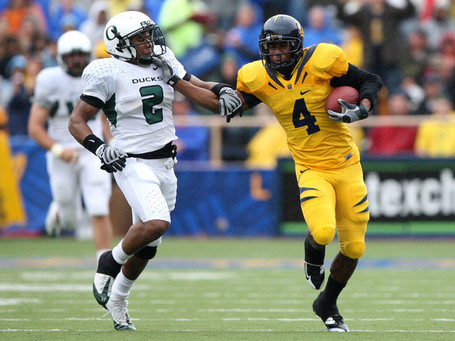 You really can't describe Jordan's game better than Avinash does in this in-depth analysis:

"Jordan is an athletic marvel, with incredible arms he can whip around offensive linemen. He's prototypically perfect, the type of defensive linemen you could put on any front and he'd probably succeed. Perhaps Jordan's greatest assets are his arms, those million dollar arms. If he manages to make contact with you on your side when pass-rushing, he will utilize that deadly swim move, cycle that arm around, and get into the backfield and make a play. You have to defeat him and lock him up early. And when he finds you and tries to make a tackle? Might as well get your mind set for the next play, because you're not escaping."

NorCalNick: I loved many things about Cameron Jordan. For one thing, he went to more Cal games than I did. Cal vs. Stanford rugby at Witter field? Cam was there. Cal women's basketball versus, well, a bunch of teams? Cam was there. And he always showed up pretty noticeably at football games too. College fans have this ideal that the players they root for love their university as much as they do, and it's not a realistic or fair ideal most of the time. I'm pretty sure that it describes Cameron Jordan.

Solarise: I think Cam was an ideal teammate. You can tell from his easy smile that he just enjoys playing football. Coaches asked Cam to bring more intensity his senior year and he delivered. Cam was dynamic crashing through the line pursuing QBs, even earning a LIFE photo for his heroic harassment of Nick Foles in a bitter loss. 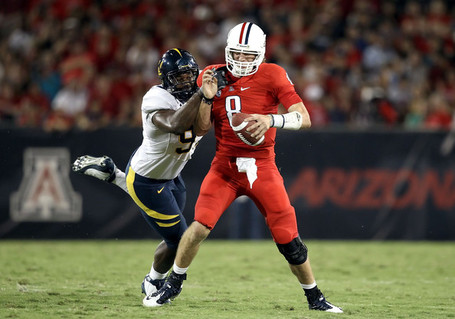