After a long wait Marvin Jones is off the board! He is an absolute steal as a fifth round pick. This is a great choice for the draft pick gained from the Ochocinco trade. 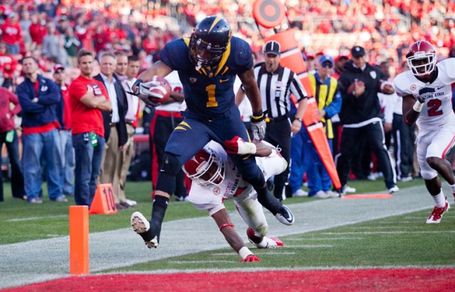 Thanks for four great years, Marvin!

Definitely proud to play for the #Bengals

Congrats to @MarvinJones_1 selected by the Cincinnati #Bengals in the 5th round of the #NFLDraft. Great player, better person! #GoBears

Thought WR Marvin Jones was one of the more fluid route runners at the Senior Bowl. #Bengals