Great match up here. Olympic gold medalist versus pro baseball player. Nathan Adrian is finishing up his Cal career as one of the most accomplished swimmers, well, ever. Watch out for him in 2012. He won gold in 2008 and hopefully will do great again in London.

He is taking on Tyson Ross, who pitched great for Cal. A local boy from Oakland, he now plays for The Town Athletics. At least until Billy Beane trades him for 15 different prospects! Who is going to move on?

This is in the Pete Newell Regional. The winner here takes on Joe Igber or Millica Vukadinovic. The full bracket is here. Full write ups after the jump. Voting ends this Friday. GO BEARS!

At the 2008 Summer Olympics, Adrian swam in the heats of the 4×100 m freestyle relay and earned a gold medal when the United States won in the final. He has won a total of twelve medals in major international competition, ten gold, one silver, and one bronze spanning the Olympics, the World, and the Pan Pacific Championships.

paleodan adds: "And he helped out on Mythbusters. (A Bay Area show about nerds that like to blow stuff up with robots-and you can't get much more Cal then that.)" 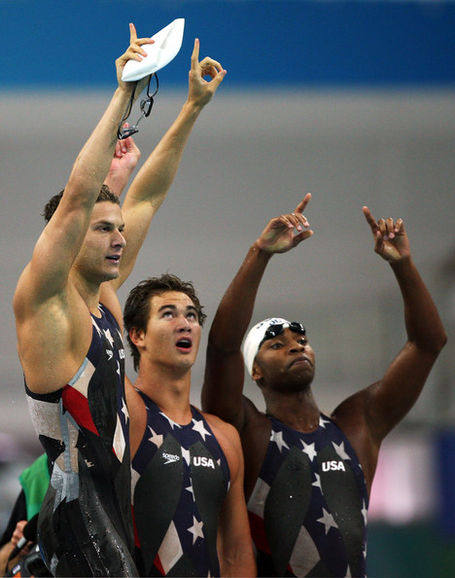 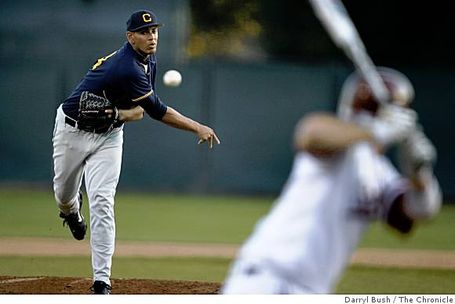 oskisunbear lays out the case for Ross.

TwistNHook and carp combined forces to profile Ross for our SBN partner down the Bay, Athletics Nation (really good, check it out As and Cal fans!). Here are the highlights of his time as a Bear.

Ross had a fantastic sophomore campaign, which featured 120 K’s in 115 IP with a 2.49 ERA. Ross earned first team All-Pac 10 honors, as well as a Rawlings Gold Glove for his defensive prowess while on the bump. Perhaps his greatest game came on March 22, 2007, when he fanned 16 (16!) in a game against Oral Roberts:

BERKELEY, CALIF. - Despite a phenomenal pitching performance from sophomore right-handerTyson Ross, in which he had a career-high 16 strikeouts and yielded just three hits in 7.0 innings, the Cal baseball team dropped a 2-1 decision to Oral Roberts Thursday at Evans Diamond. The Golden Bears lost their eighth one-run game of the year to fall to 12-13. The Golden Eagles improved to 11-9.

Here is his line from that day: