After watching Cal softball lose to Arizona on Saturday, April 14, 2012, we headed over to Vista Point at Memorial Stadium to see how things were going: 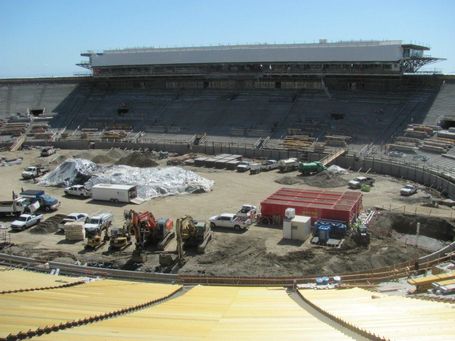 If you thought I barely knew anything about softball, you are going to LOVE my total ignorance regarding what is going on in these photos. But here are some. More after the jump. GO BEARS!

This is the East side where the students stand. 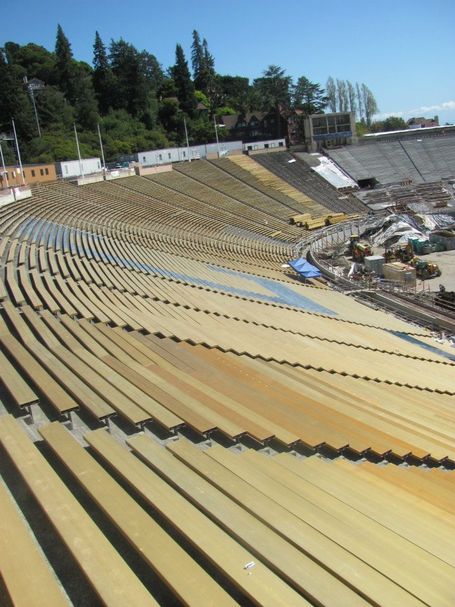 They have papered over the scoreboard here. No idea why. They had also papered the front facade of Memorial (i.e. on the other side of the stadium from where we are). 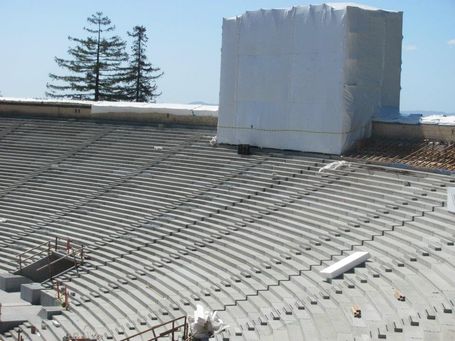 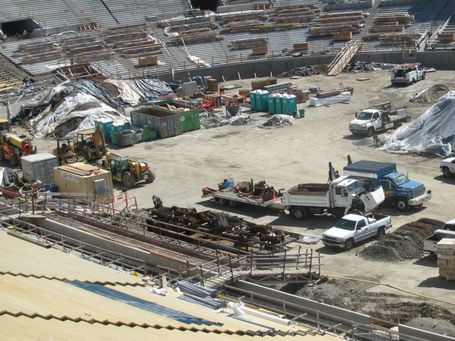 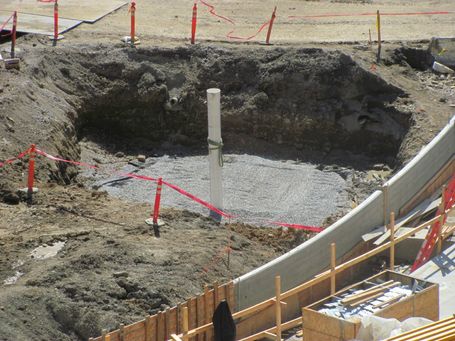 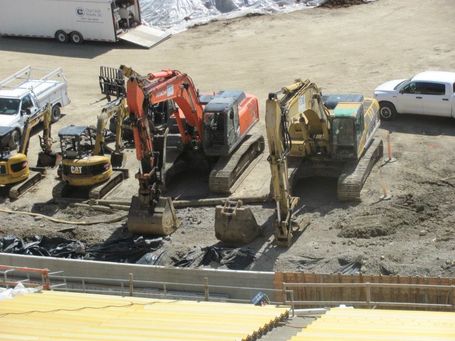 They have a few different chairs at the point to illustrate what the fancy chairs on the West side will look like. This is the chair that you get to sit in if you donate like a billion dollars to the program. You can't tell super well from this photo, but it is torn, the script Cal is super faded, and the arms look really weathered. I appreciate the fact that they want to show some examples of future chairs, but if you want to convince people to drop the GDP of a South Pacific Island on the Cal Athletics program, having a ratty looking chair out there ain't gonna help. 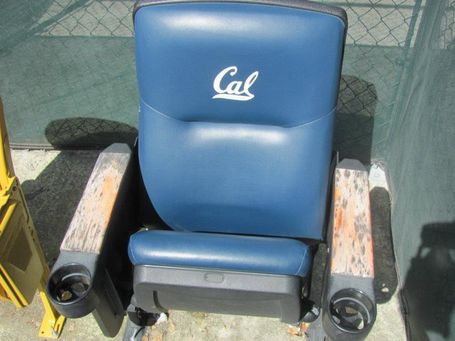 Here is some additional construction between the Simpson Athletic High Performance Center and Maxwell nee Kleeberger. I think it may be a parking structure of some sort. 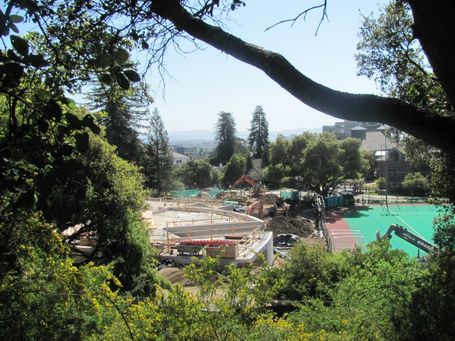 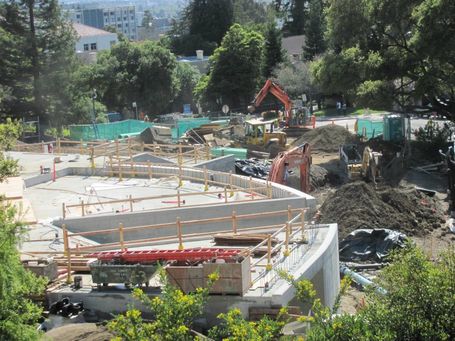 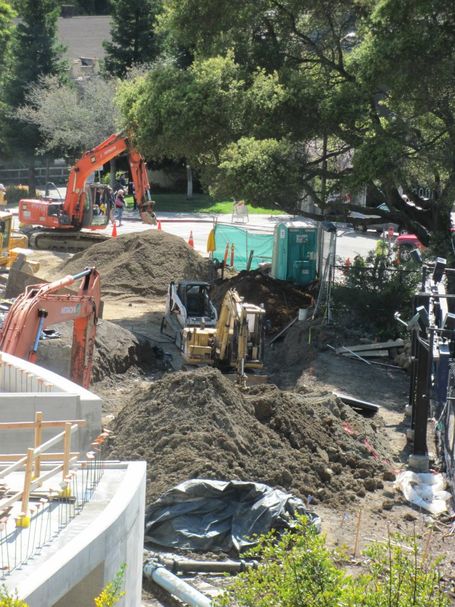 So, there you go! GO BEARS!