I really shouldn't have photos like this. Haas should be packed, so that there is no space right on the Bench. They shouldn't be letting old, crusty alums like me down into the courtside area.

Still, though, this is a potential Pac-12 championship team with many exciting players and a great coach on a gorgeous Saturday in early February. The game is late enough that all the hung over students coulda still made it. And early enough that you easily could have drunk afterwards!

So, I don't know. All I do know is that when I determined that space was available, I took advantage. And got some closer shots than normal! Enjoy! 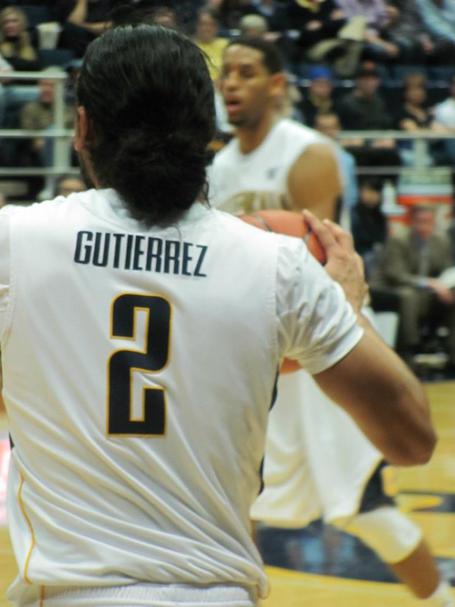 We initially were sitting up a bit at the start of the game. 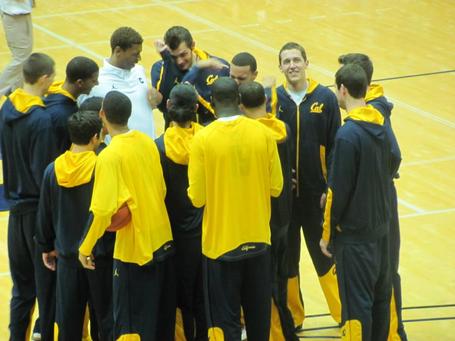 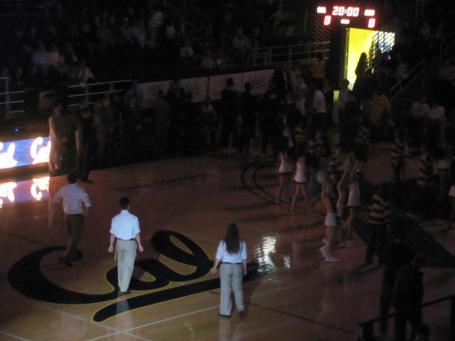 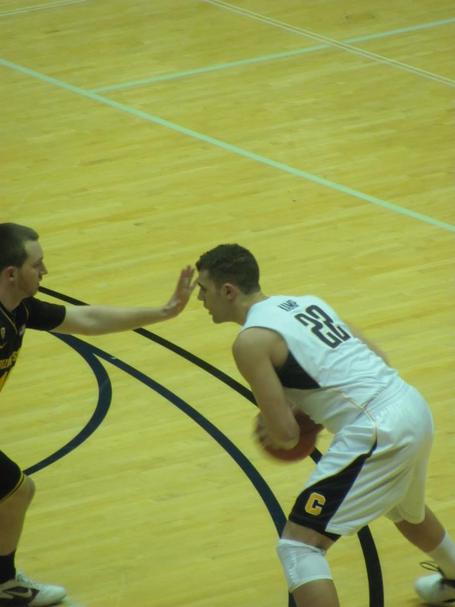 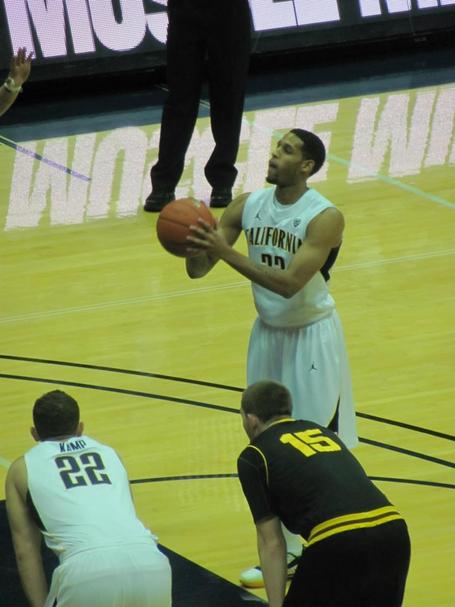 But soon, it was determined that there was a lot of space down at the Bench and Cal wanted it filled up, so they didn't mind if non-students came down. DONT MIND IF WE DO! 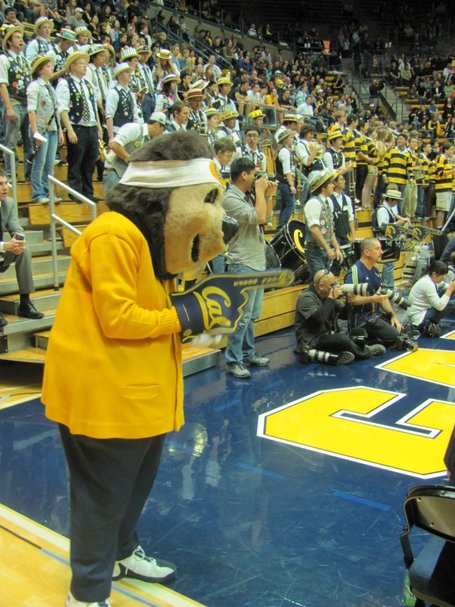 Herb Sendek, the ASU coach. The ASU team is not very good this year. Cal jumped out to a quick lead and never looked back. We were constantly in a battle to double the ASU score. At one point, my goal was for Cal to triple their school! We never quite accomplished that. We were up by 30 at various points. 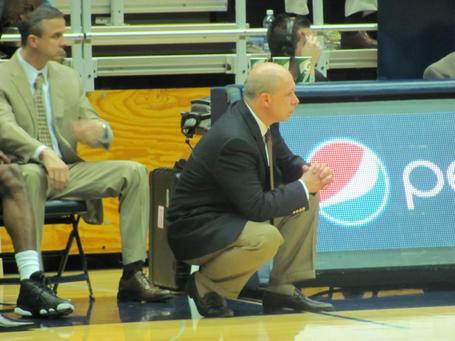 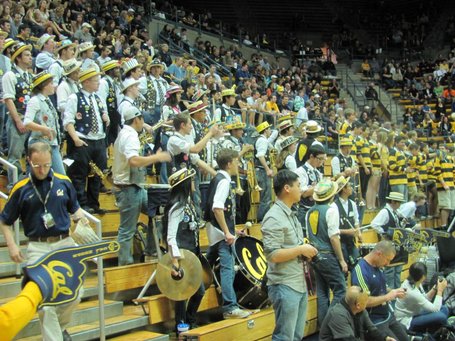 The Chancellor was out there, repping the B+G at the game. Here he is promoting a green initiative at Haas. He even led chants in front of the student section! 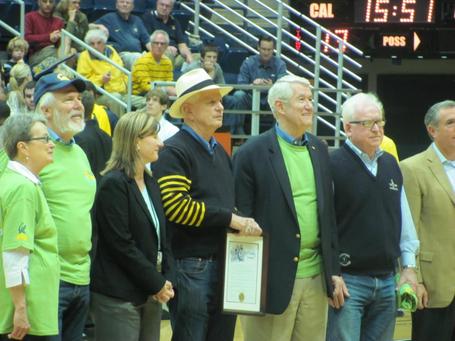 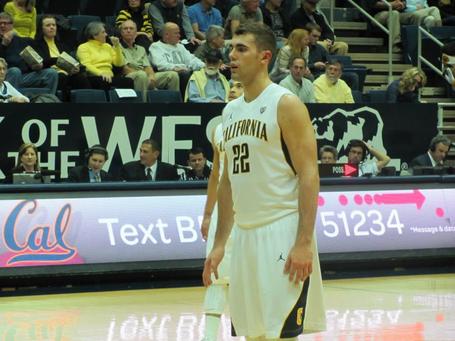 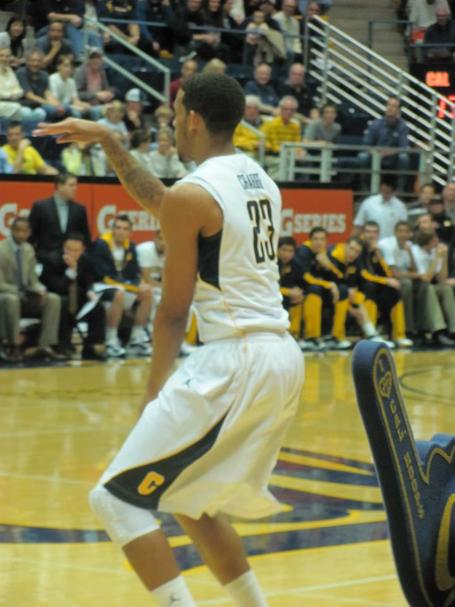 I wasn't the only one taking tons of photos courtside. But these guys are professionals with wildly superior cameras to mine! 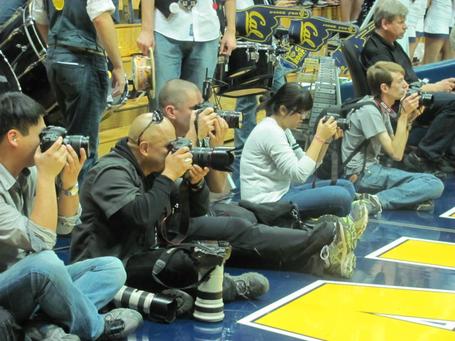 I thought Harper Kamp played great, but I remember looking up and seeing that he only had 6 points. I think he ended up with more, but it is really hard to track stats live at the game. Really, everybody seemed to have a great game. 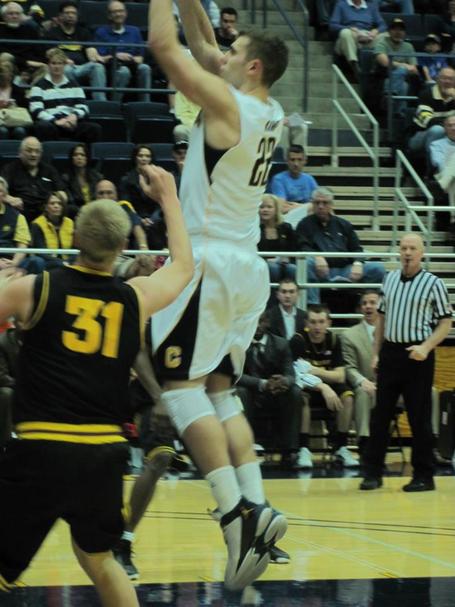 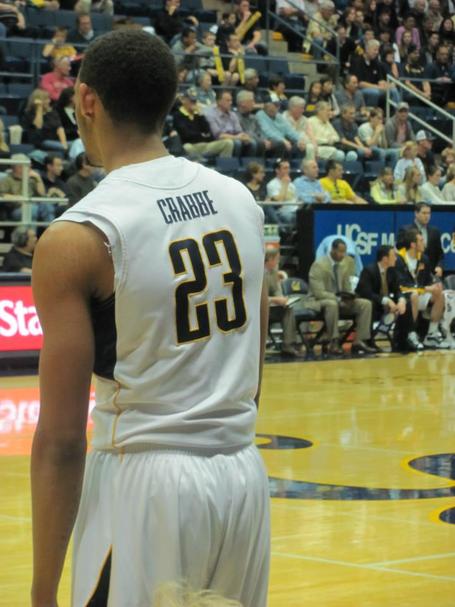 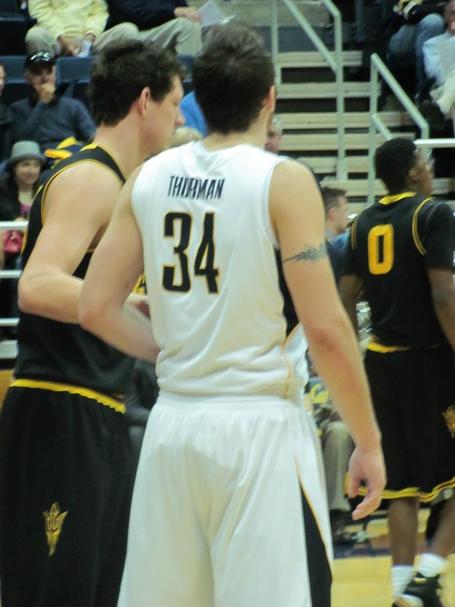 Here is Jorge Gutierrez, getting up from a hard collision. He takes a beating every game, but seemed to have several really hard hits this game. I love his passion and the 100% at which he plays. I'll miss him from Cal basketball. A legend in his own time! 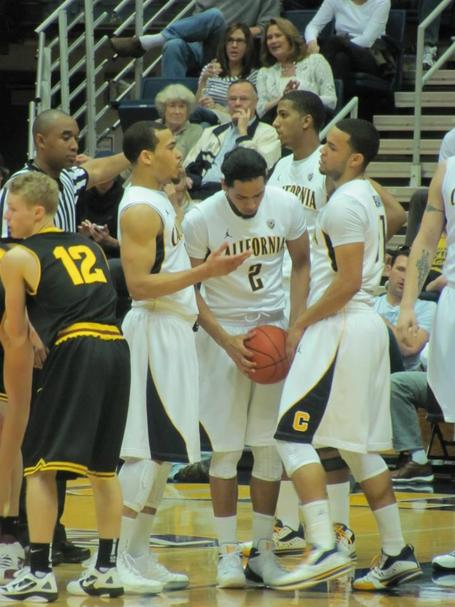 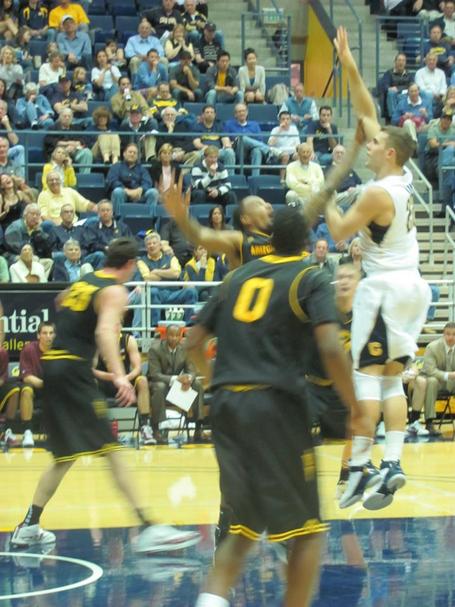 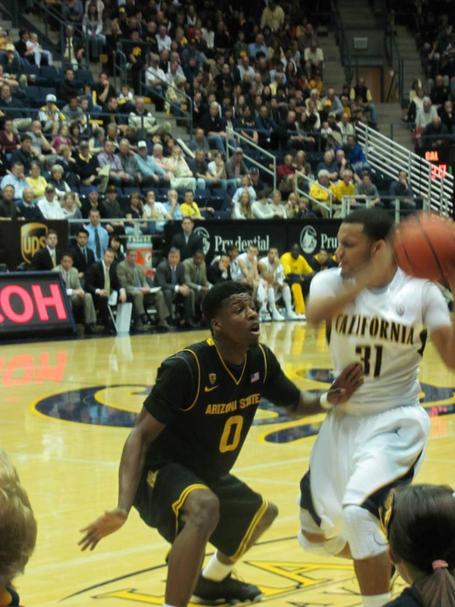 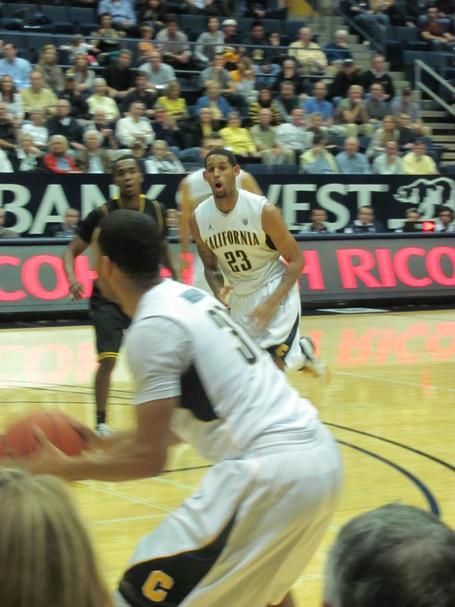 Jorge with a full head of steam 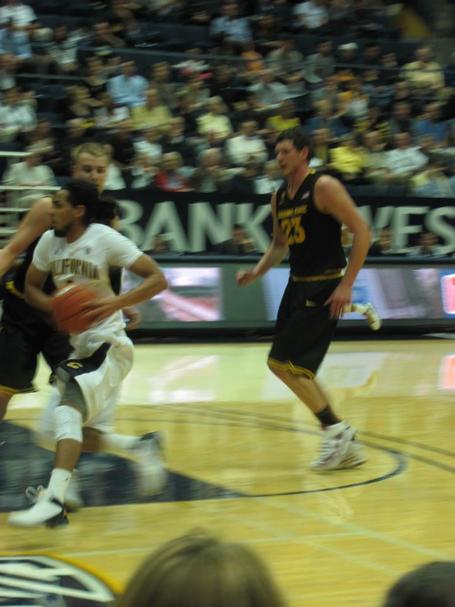 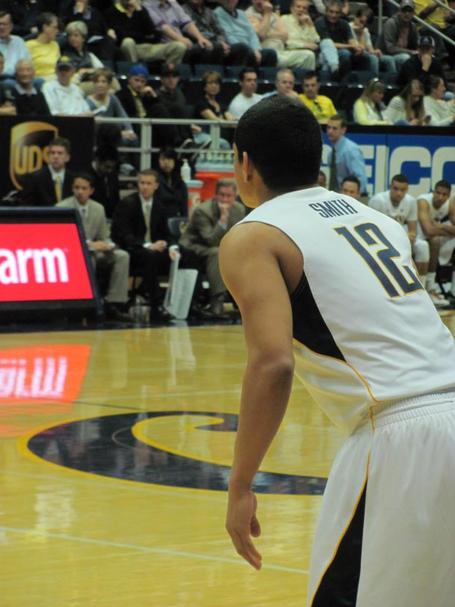 Bak Bak had some early playing time, but did not do a lot with it. He showed up more near the end of the game when Monty cleared the bench. 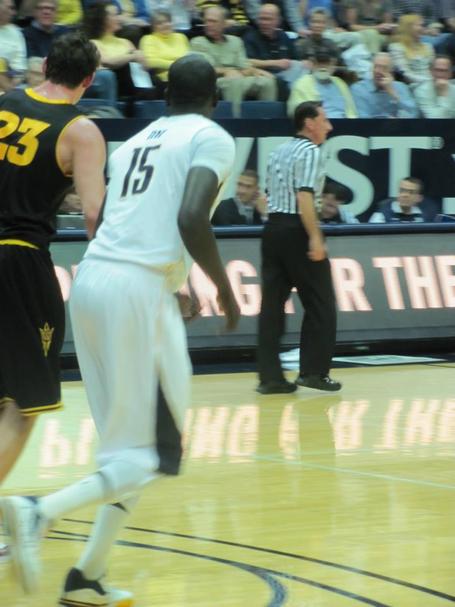 This student was dressed up like Johnny Depp from Pirates of the Carribean. I didn't quite understand the connection between Cal and Pirates, but it is always great to see students go that extra mile. I am sure up at Washington State, there will be many Johnny Depps. What should Cal fans dress up as? 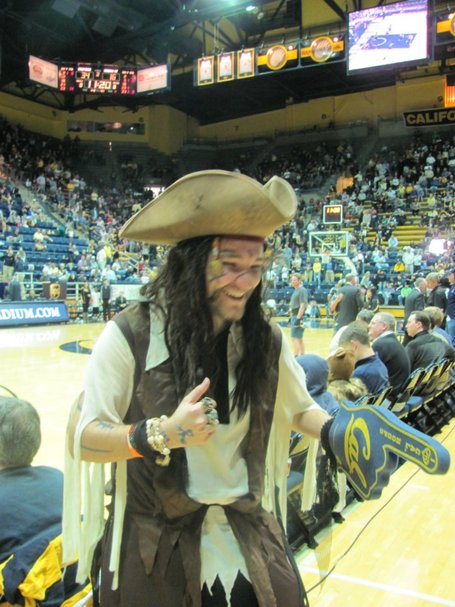 These are some photos from the first half. We'll have some more tomorrow. It was one of those games that was objectively boring, but great if you were a Cal fan. Just tons of fun to be there, right by the courtside. I just wish there were more students there to bump us up to our normal seats. GO BEARS!