Golden Nuggets: Jorge Gutierrez as the Undisputed Pac-12 Player of the Year

Share All sharing options for: Golden Nuggets: Jorge Gutierrez as the Undisputed Pac-12 Player of the Year

Bob Clark of the Register-Guard (Eugene, Or.) wants to put an end to the discussion about who should be the Pac-12 Player of the Year. Without a doubt, Clark believes the award should go to Jorge Gutierrez.

California’s Jorge Gutierrez, barring some very strange happenings over the final three weeks, should be an almost unanimous selection of the conference coaches.

Yes, he isn’t the leading scorer on his own team, nor does he lead the Bears in assists. He’s simply the player who makes the most difference in most of the games that matter in this conference.

Oh, and he might well be the best defender in the Pac-12. Ask players who have to go against him.

There are other good players in the conference, starting with Oregon State’s Jared Cunningham. But here’s the knock: has he mattered that much?

The Beavers are tied for eighth in the standings. What would they be without Cunningham? Not much worse.

OSU coach Craig Robinson has argued that it shouldn’t matter where a team is in the standings. Yes, it should.

As Colorado coach Tad Boyle put it, "whoever can help their team win their league is a guy who should be a player of the year candidate." 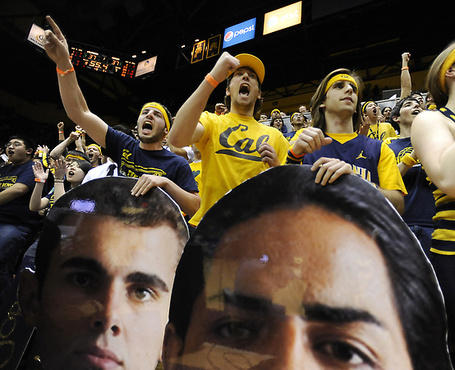